On Saturday gong we had what was I hope will prove to be the first of many a campaign day.
Now tbh I've been a member of the DGG for a good few years now & this is the first time we've done an interclub  gaming day, the funny part is the man who first broached on the idea is not even a 40k player so a big well done to Nigel. 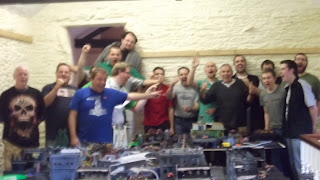 I'll freely admit I do enjoy organising story based games & have run many such apoc games in the DGG, but this was all together something new as it would all so involve the lads from the TLC.
Anyway I put myself forward & the two clubs agreed to put it in my hands, so the first thing to do & probably the hardest was to set a day. 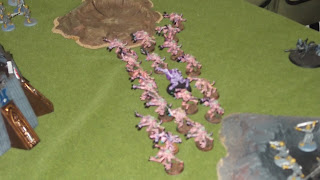 I then set about coming up with an out line story for what I was to call the Doom of Valamur III  http://w-ired.org/blog/forum/  & the two clubs picked a captain each, Mike DGG Johno TLC & they organised their teams. 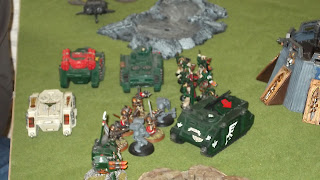 As always the case with these kind of things players will drop out & other players will step in, so to start we had 9 players a team which lead to the planet having 9 moons fof the 40k games.
The basic idea was for a nid invasion & I'd work the other races in some how, so as the day was getting nearer (with players still hopping in & out) I had a chat with Paul who kindly offered to set up the tables of the nine moons for the games on the Friday night & who was to fall foil of my stress sorry Paul. 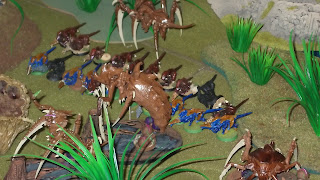 Any way happily enough all went well 15 players turned up on the day so to make it an even number I played myself  although it had not been my intention to but was happy to just the same.
I won't be doing a report here as it has already been well done over on the DGG blog  http://dublingamesguild.blogspot.ie/2012/10/the-battle-for-valamur.html    by Mike. 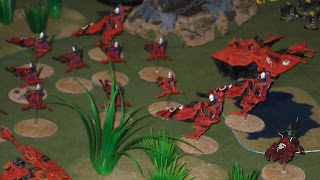 I'll finish up by thanking all the players for playing in the spirit  it was meant to be played in & I look forward to the next interclub game between us, also a very big thanks to Ian for the use of the shop for the day it's called the hobby shack & if your ever in Wicklow town drop in & say hi.

Some more pictures from the day below. 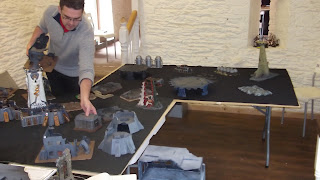 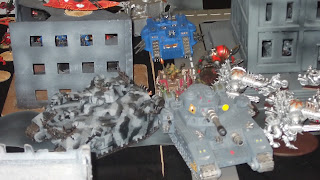 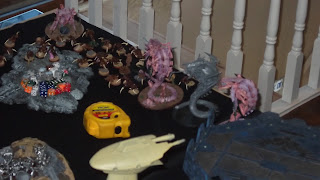 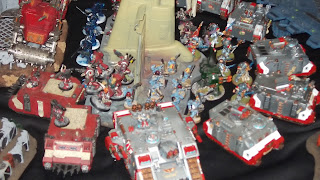 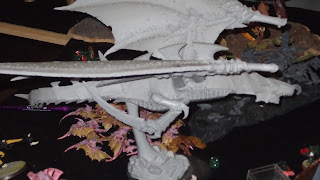 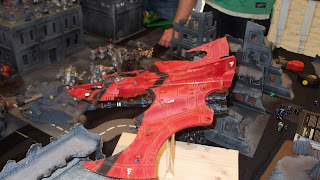 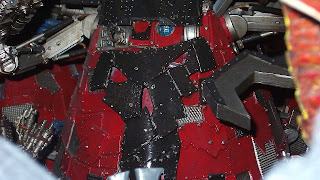 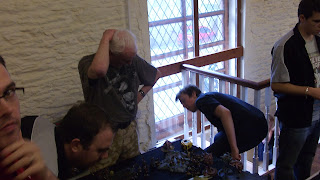 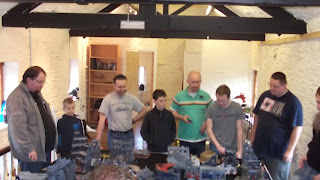 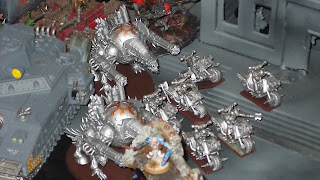 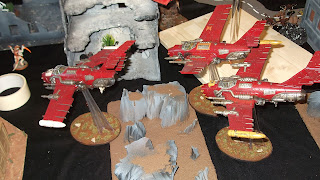 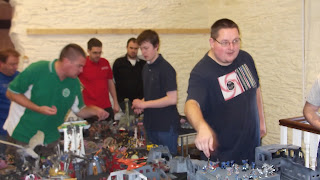 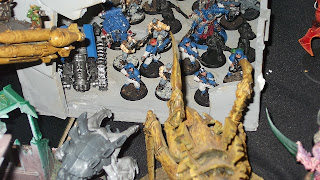