On Location,, The lost valley of Po Ying

Deep in the high jungle's of Burma, prominent archaeologists Lady Harriet  Forbes & Wainwright Hamilton using ancient maps & scrolls have found the lost valley of Po Ying, it just so happens that the film crew was on hand. 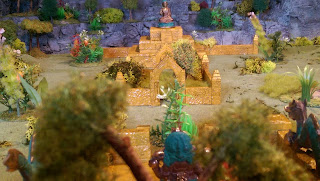 Wonders not seen by human eye's in in countless years unknown awaited them. 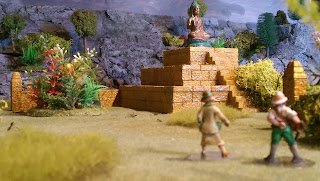 With the jungle well on the way to reclaiming the valley they will have their work cut out for them. 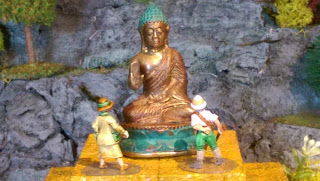 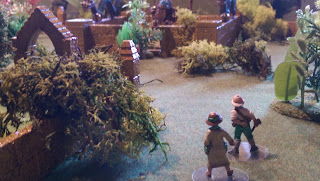 Walking around with joy unbound they come across wonder after wonder. 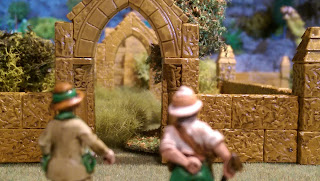 Obviously some kind of holy place but what became of those who built it all ? 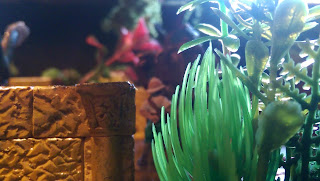 Cutting their way through an overgrown doorway reviles yet an other treasurer. 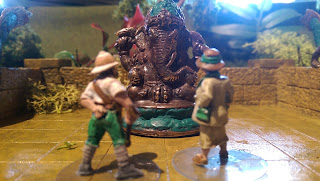 After weeks of hard work they now have a lot of the clearing of the jungle done. 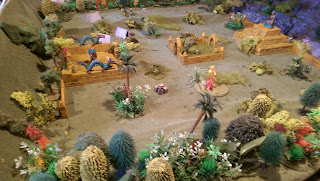 I feel this could be the start of a wonderful adventure, the two structures at either end of the pictures are new additions to my terrain collection while the centre one & walls are from the set for the graveyard, the statues I pick up in Bali when there on hols knowing that some day they come in handy.

That's a rap of this post but be sure to watch out for some action in the valley in another post, as always my thanks for dropping in & if you'd care to leave a comment it would be welcomed.