The Hound Of the Willbrooks, a spooky Pulp Alley solo AAR

NICKEL & DIME PRODUCTIONS PRESENT
The Hound of  the Willbrooks
Based of a story by Sir Arthur  Conan  Doyle
The family curse had been playing a lot on Lord  Willbrooks mind of late, the hound that had taken his father's life & left his own right arm badly scared from when he was a young boy has it would seem returned.
Howling in the night & sheep found thorn a part have the locals retelling the tails of yesteryear. 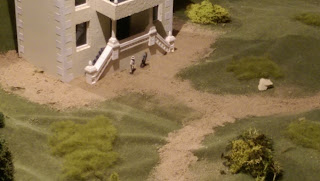 Basil Holmes consulting detective & his companion Dr Nigel Watson, who have been hired by his-lordship have arrived at Willbrook Manor, only to be informed by the butler that the Lord has gone out onto the moors. 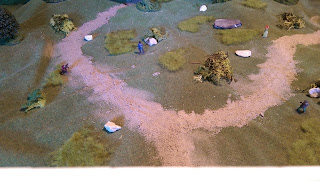 Also out on the moors are Lord Willbrook's daughter Winnie, Doctor Stubs, his closest neighbour Stilton & an escaped lunatic, Holmes has already solved the mystery but it will be for little use if Lord Willbrook dies this night.
"Quickly Waston" he says "there's not a moment to lose. 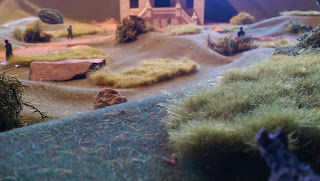 As a full moon shines down a blood chilling howl resounds over the moors filling all those that hear it with fear. 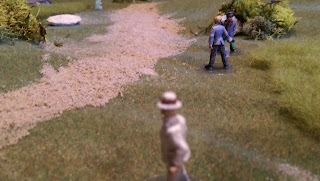 Holmes with Watson lagging behind heads towards Stilton who he has spotted. 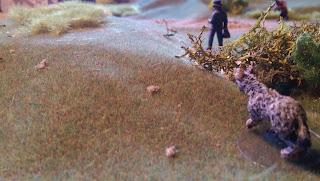 The hound has picked up the scent of the Doctor who is on his way to the Manor. 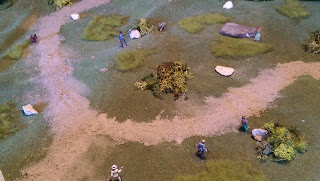 When Stilton seen Holmes running towards him starts to back away. 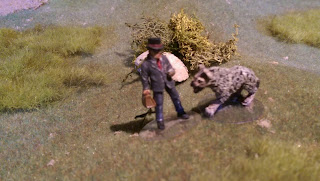 The hound pounces on the Doctor & 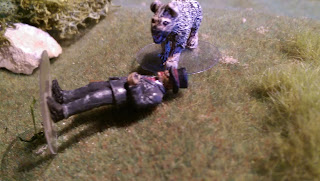 in a frenzy rips out his throat, before releasing another blood curling howl into the night. 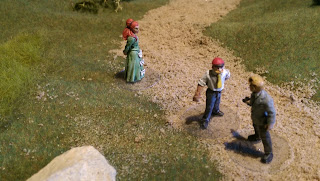 Holmes mean while see Lord Willbrook walking along the path with his Daughter just behind him & runs over to him saying " Your Lord-ship it paramount that you get back to the Manor asap. 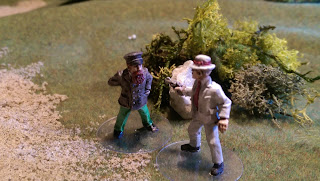 Waston  under the orders of Holmes has his revolver aimed on Stilton. 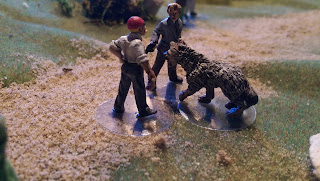 But before Willbrook can even move the hound has rushed them. 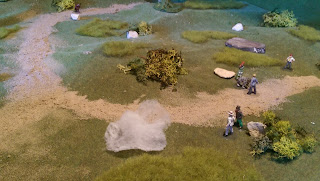 A mist is now starting to rise on the moors as Holmes says to Willbrook " run my Lord " as he grapples with the huge hound. 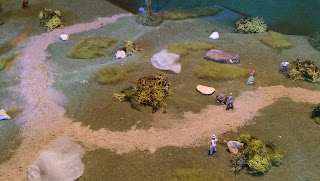 Stilton has somehow manged to give Watson the slip, as the mist starts to ticking, "Quick Watson after Willbrook" Holmes yells out while still engaged with the beast. 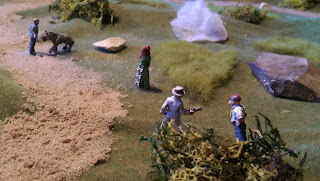 Watson takes off after Willbrook as Winnie stands paralysed with fear. 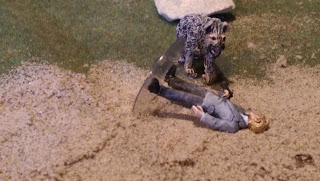 Holmes under the onslaught of the attacks from the hound Holmes is knocked to his feet, 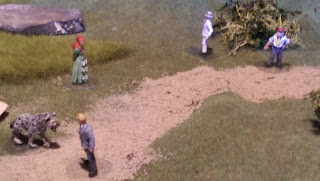 but is back on them again in a flash but the hound seems to hesitate & instead of attacking Holmes again take off after Willbrook who has started to run away from Watson. 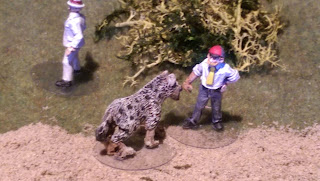 Wilbrook is frozen in terror at the sight of the hound bearing down on him. 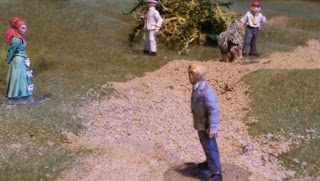 Knowing that the he hasn't a chance to get to Willbrook before the hound, Holmes draws his revolver & shoots the beast, 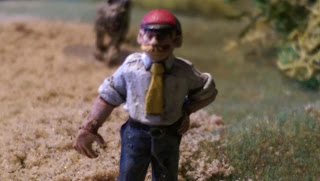 giving Lord Willbrook the chance to get away. 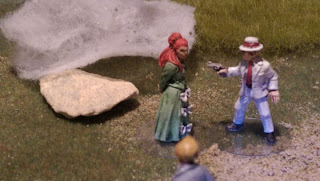 "It's ok now Miss you get along home" Watson says to Winnie " Mr Holmes & I will go after your father, the hound won't last much longer with that great big hole Holmes put in his side" 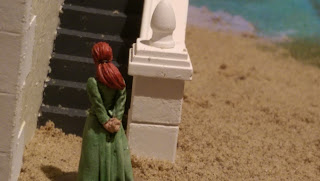 Winnie returns to the Manor as Holmes & Watson take off into the thicking mist after her father. 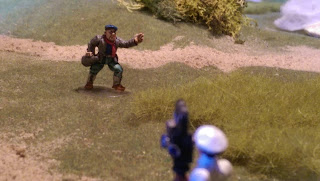 Cut
Designers note, once again Pulp Alley has turned up trumps, this was a solo game played with the 4 minor plot points on the table & the major only been added after the reward card with +1 experience was drawn which happened to be the very first one that the hound got for the Doctor minor plot point.

To create the hound I used the terror rules & for Holmes & Watson the Duo perk which lead to a quick & I think very balanced game, I also so had it that when possible the hound would go for the major plot point above anything else once it was on the table.

The long grass patches are perilous terrain & the mist that starts to form at the end of turn 3 will tiger a horror test if they should come into contact with Holmes or Watson, sadly none of these came into play but worth having anyway.

Stilton who you might have guess was the villain behind the hound & ended up  giving  the red herring for the reward when his plot point was completed by Watson, meaning things couldn't have worked out better if I'd planed them.

The game end all square thanks to Watson completing the Winnie plot right at the end, as for the lunatic plot point well he seems to have gotten lost in the mist, one last interesting point about this game before I rap up was that given there was only 3 models in play & it been solo in meant that every model got a card from the solo pack at the start of his turn.

Well that's it for this post, as always my thanks for dropping in & if you'd care to leave a comment it would be welcomed.