Chapter 3, Down by the river

The start of this adventure can be found here. http://ifitwasntforone.blogspot.ie/2017/03/connemara-feeney-taylor-davies-prelude.html

A half days hike brought them to the banks of the river, with the plan been to follow it downstream. 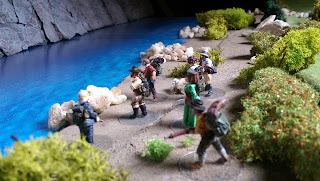 Boswel:"Now that we have our bearings it would be wise to stay back about a half a mile or so from the river as it turns & twists a lot in this section & there no point in adding miles on to our journey & beside river edges are always dangerous places" 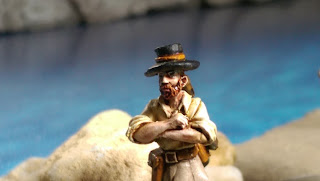 Weber:"Then why in hell did you bring us down here sir ?  & would it not be quicker & easier for everyone if say yourself  & the co-pilot pushed on while the rest of us remained for a few days till you returned for us in boats, as I really don't think Maud is up to hiking for a couple of days in this heat & terrain. 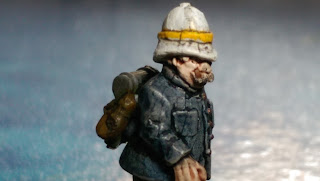 Boswel:" An't none of you experienced enough to survive out here on your own for that length of time, this place isn't like a Sunday afternoon stroll in the Black-forest you know, it will be much safer  for us all to stay together even if  a bit slower"

Dufour:" Hold your horse's there sir, Boswel know's more about this land then the rest of us put together & as I'm in charge of getting us all back in one piece I'm doing what ever Mr Boswel thinks is best so were all hiking out together" 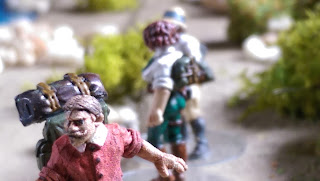 "This is going to be a very interesting few days" Connie whispered to Taylor giggling
Taylor:" I agree, I think Herr Weber is more use to barking out orders then having to follow them & while he keeps saying he doesn't think Maud is up to the journey I've the feeling he doesn't fancy it himself"

Connie:" Look over there Taylor aren't they magnificent ? I think I'm starting to fall in love with Africa" 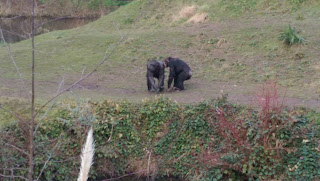 Boswel:" We'll have a half hour rest here before heading off, if anyone is going to do any personal business please don't go to far & stay vigilant at all times"

Connie:" That reminds me, if you'll excuse me Taylor" 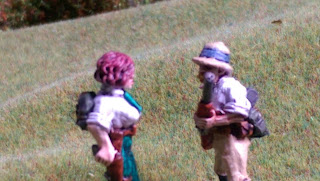 Taylor:" Of course, I need go find a tree myself" he said with a grin.

As Connie rounded a bush something twinkling in the sunlight caught her eye, as she moved towards it she noticed it was coming  from a skeleton of a person that was lying on the ground mostly covered by the undergrowth 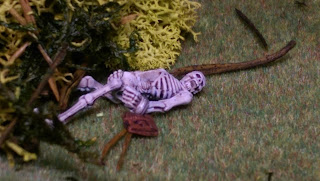 Not been the squirmy type Connemara didn't yell out but bent down to examining the remains to see what had caught her eye, she undoes the strap of rawhide from around the skeleton's neck & holds it up for a closer look. 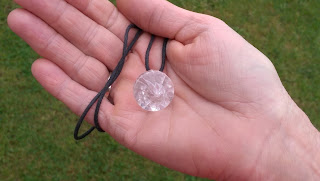 She knew at once what it was & had enough wits about her to shove it in her pocket before calling to the other's, a stone of this size could turn people very quickly out here so she was taking no chance's, she would talk to Taylor about it later.

Connie:" Hey you guys over here I've found something" she called out. 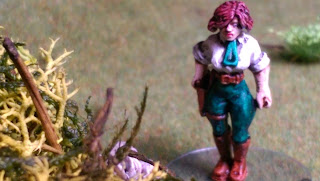 First at her side was the Dufour who could hardly believe his eye's, then the other's arrived in one's & two's.

Boswel:" See what I mean about this been a dangerous place ? I wonder what happen to this poor soul ?"
Taylor:"Best see if there's anything that can tells us who he was, looking under the bush they find an old  leather carry pouch. 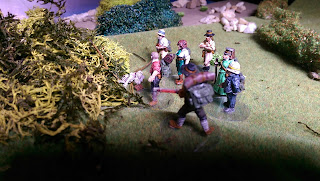 Defour picks up the pouch &  opens it, searching  inside it, he finds was small pouch of tobacco, a clay-pipe & some documents proclaim the owner to be a Belgium man by the name of Claude Peeters.

Dufour:"  Well at least we know who he was" he says putting them  them back into that pouch with the other stuff.
Defouf" We'll hand it over to the authorities when we get back, now if everyone is ready I think it time to push on"

Maud:" Surly we're not going to leave here without burying the poor man ?" 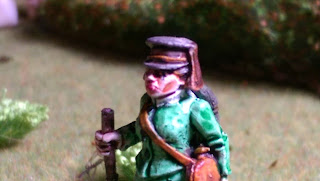 Dufour:" That's exactly what we're going to do, we do not have pick's or shovels & as he's been here along time I don't think he'll mind:

Later on after they set up camp.

Connie:" Taylor I've something to tell you that I didn't want to say in front of the others"
Taylor:" I thought as much you've not been yourself since you found Peeters, come spit it out " 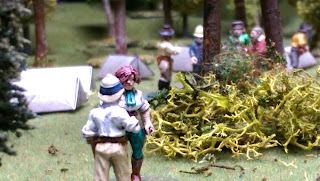 Connie:" When I found him, in fact it was how I found him he'd this large stone on a rawhide around his neck, my guess is it's a diamond I didn't want the other's to know as if it is it's worth a fortune & greed can do funny things to people"
Taylor:" You done right, keep it out of sight & we'll report it when we get back"
Connie:" Don't you want to see it?"
Taylor:" I'll see it when it's safe to do so but for now you just keep it out of sight, it's getting dark we best get back to the camp" 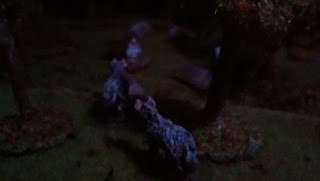 
Cut
Well that's it for this post, my thanks to the wife for the helping hand & as always my thanks to you for dropping in & if you'd care to be a movie critic your comment would be welcomed.