When last we seen Panama Jack he was been escorted by armed guards from the Severedhead. 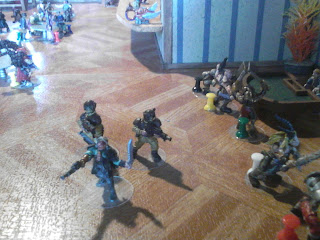 Also captured on the same night was Father Felix 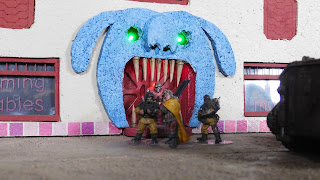 out side Felix started a tussle with his guards 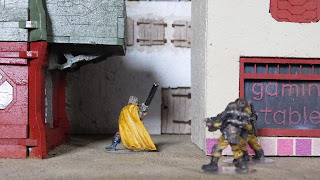 which gave him the chance to make a dash for it 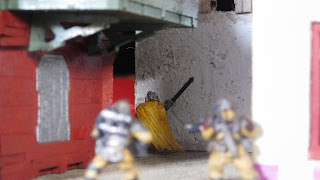 by vanishing down the bask streets. 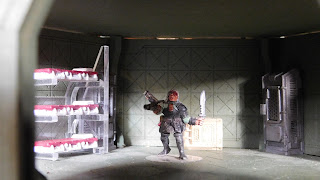 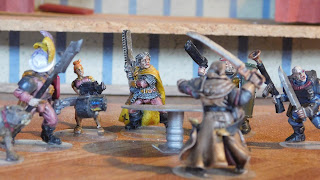 Known that the trial would be nothing more then a kangaroo court, High Marshall Ulberexis has had a meeting with the some of the Hermes crew to give them some information that might help them spring their Captain. 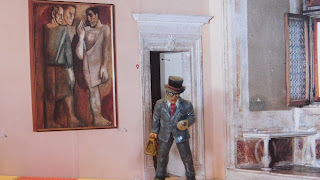 Meanwhile Governor Von Bittner (seen here inside the Imperial Palace) has set the date for the trial to take place & has also outlawed High Marshall Ulberxis & his sidekick Jackson following the events of the opening night at the Severedhead. 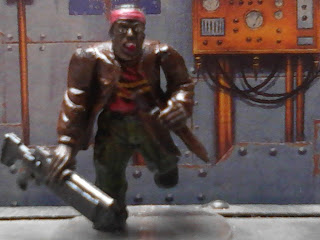 Well that's all for this post, as always my thanks for droping in & if you'd care to leave a comment it would be welcomed .