BFG Worth waiting for ?

Worth waiting for ? the great thing about a hobby is that no matter what it is your doing as long as your enjoying it then all is good 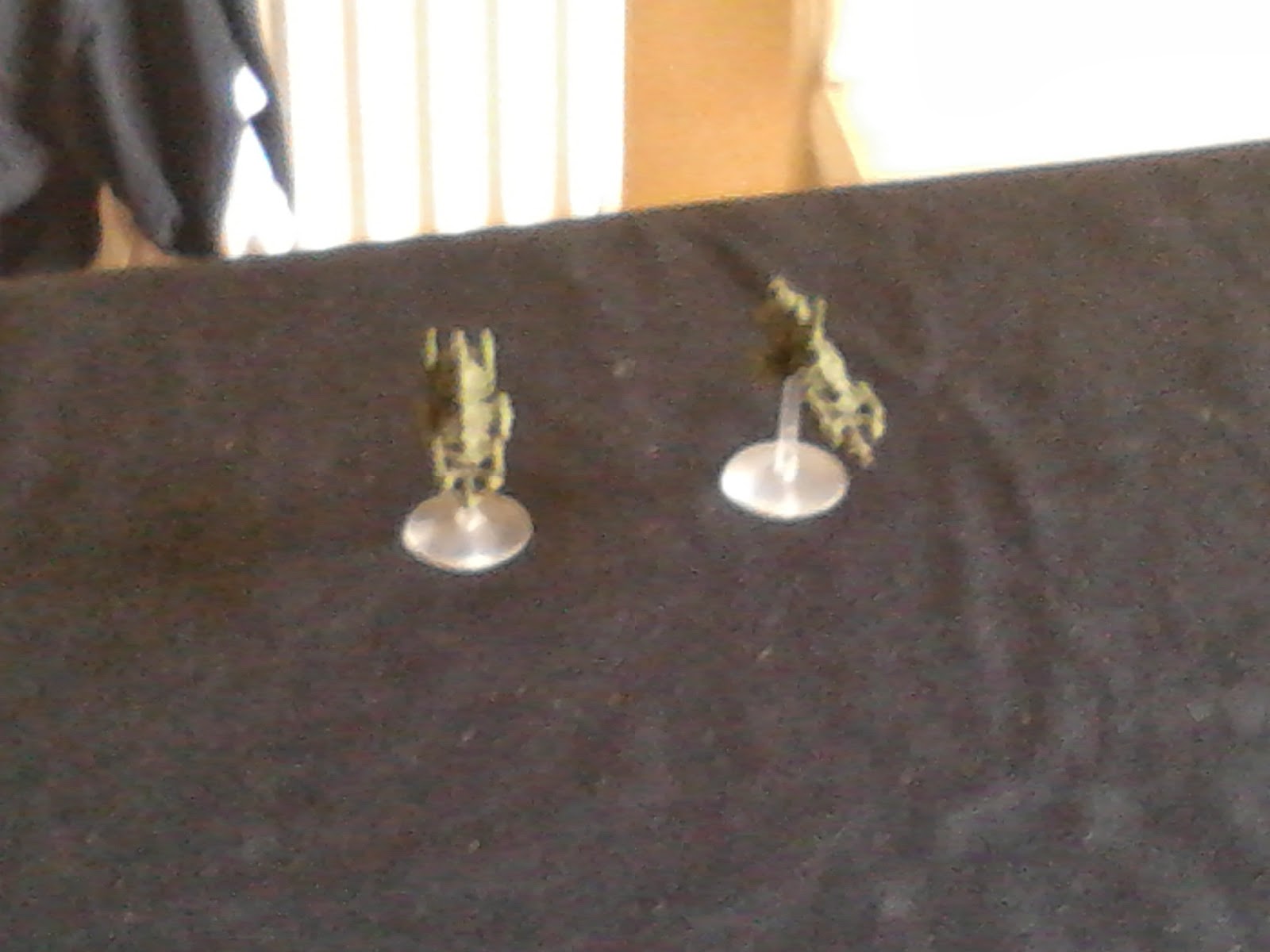 A while back I build myself a nid battle fleet gothic fleet http://ifitwasntforone.blogspot.ie/2013/06/to-spaceship-yards.html a bit of a strange thing to do given the fact that I don't even play the game & a part from playing I think just one game never did. 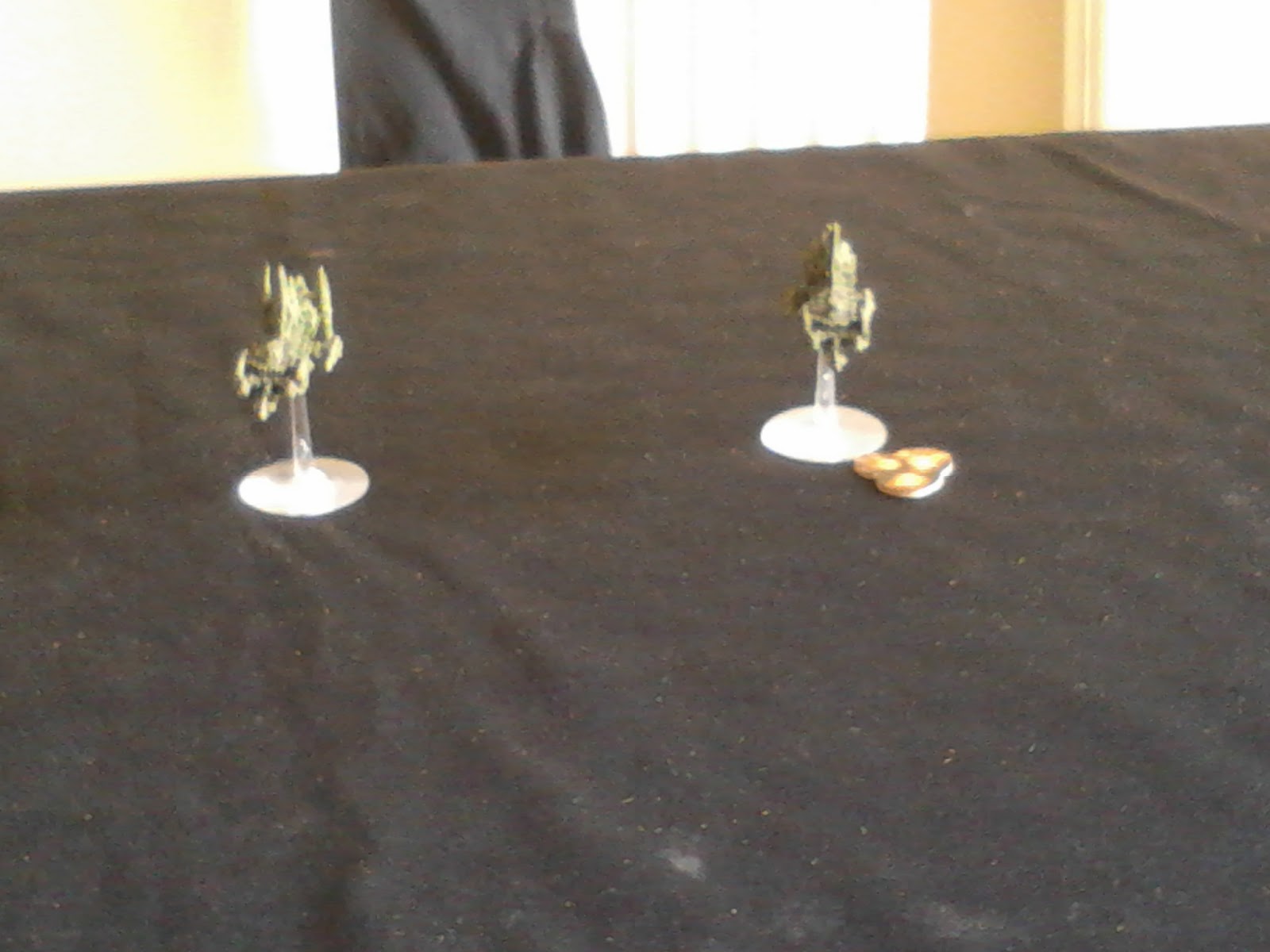 One of the odd things about this hobby is the thngs you pick up from time to time & even given the fact that I don't play BFG I still had a few ships 5 in total, so why are you telling us all this Frank ? 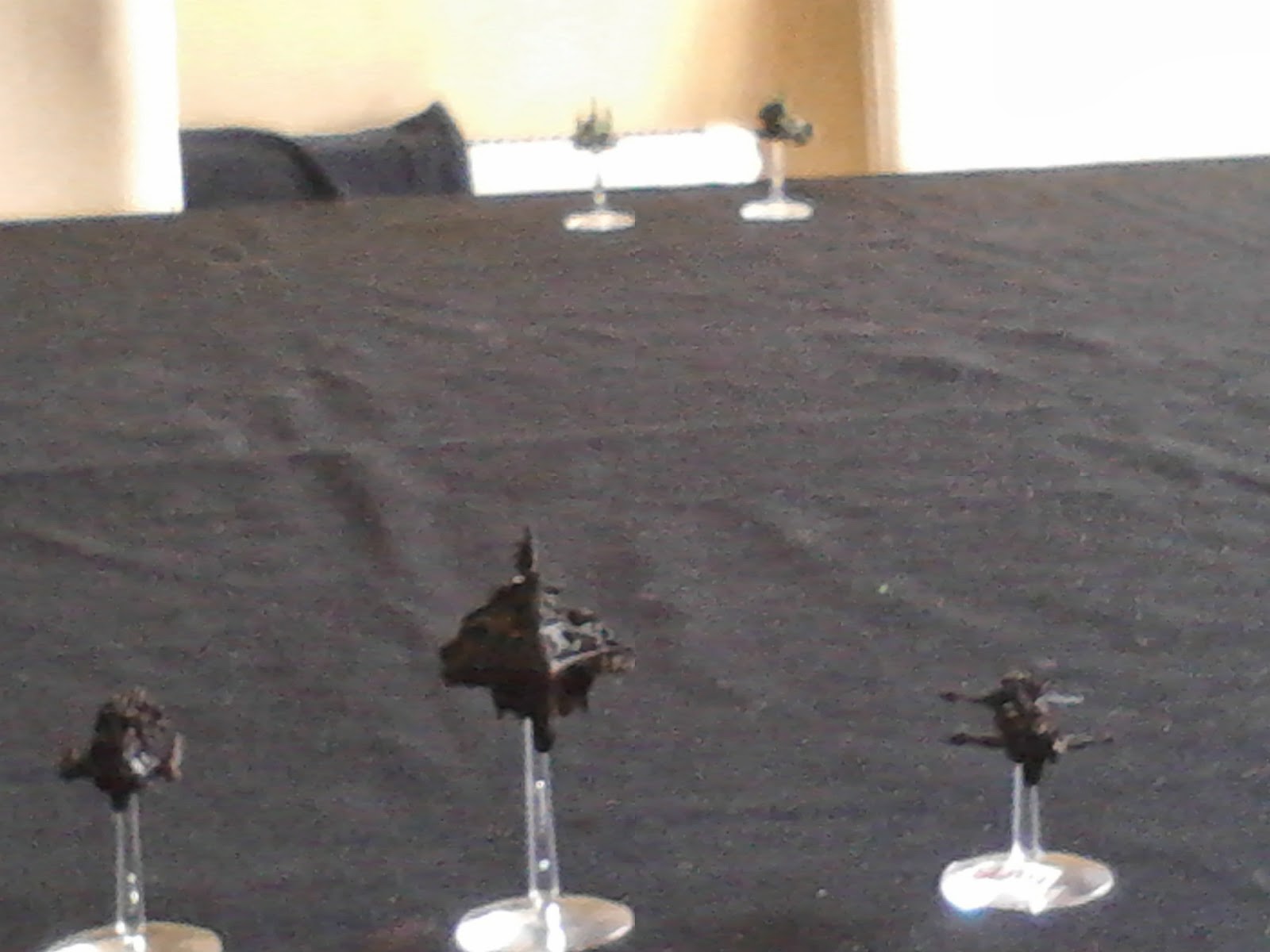 Well at a time when most spaceship battles are of the starwars kind I bought  a chaos fleet, why the hell did you do that you might very well ask ? the answer is very simple to be honest. 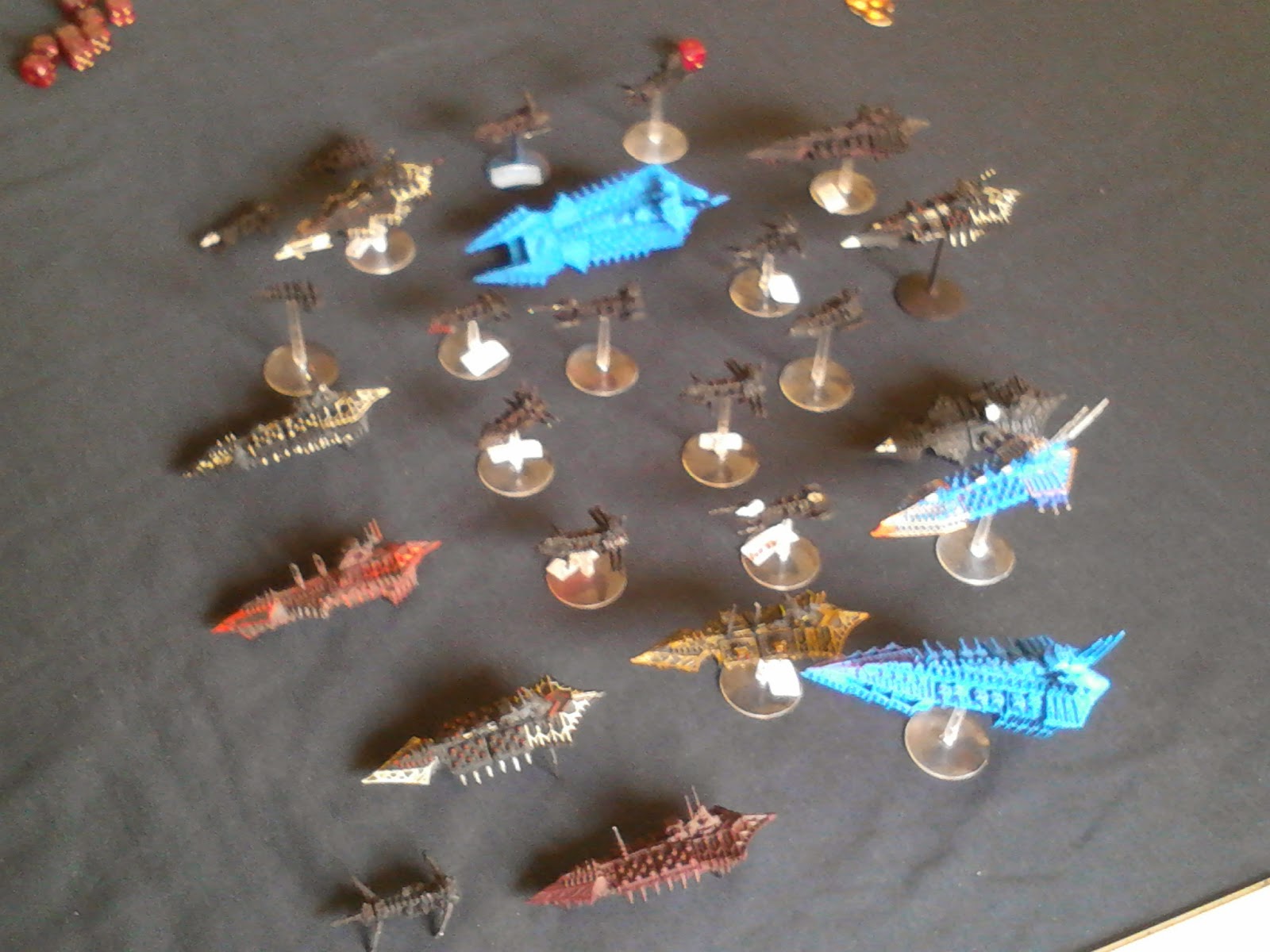 Just as I built the fleet for hive fleet Nagaina I wanted a fleet for the 34th host, which is my Wordbearers by the way you see in my minds eye this just seems right. 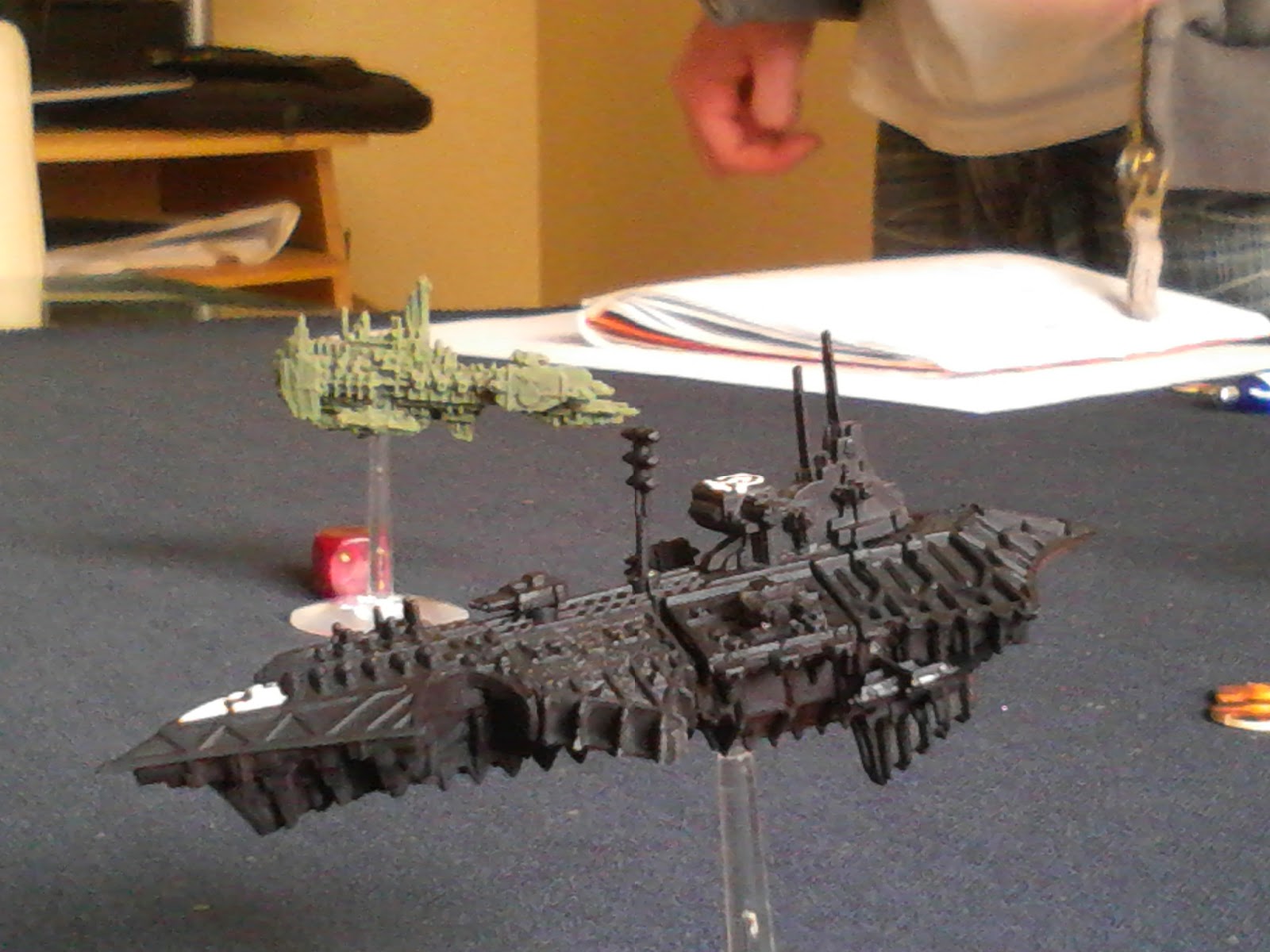 Even if in the worst case I never play BFG I still have another project to do (as if I need one) in painting the ships & as I think gothic ships are cool I always have them for looking at & for using when doing things on this blog. 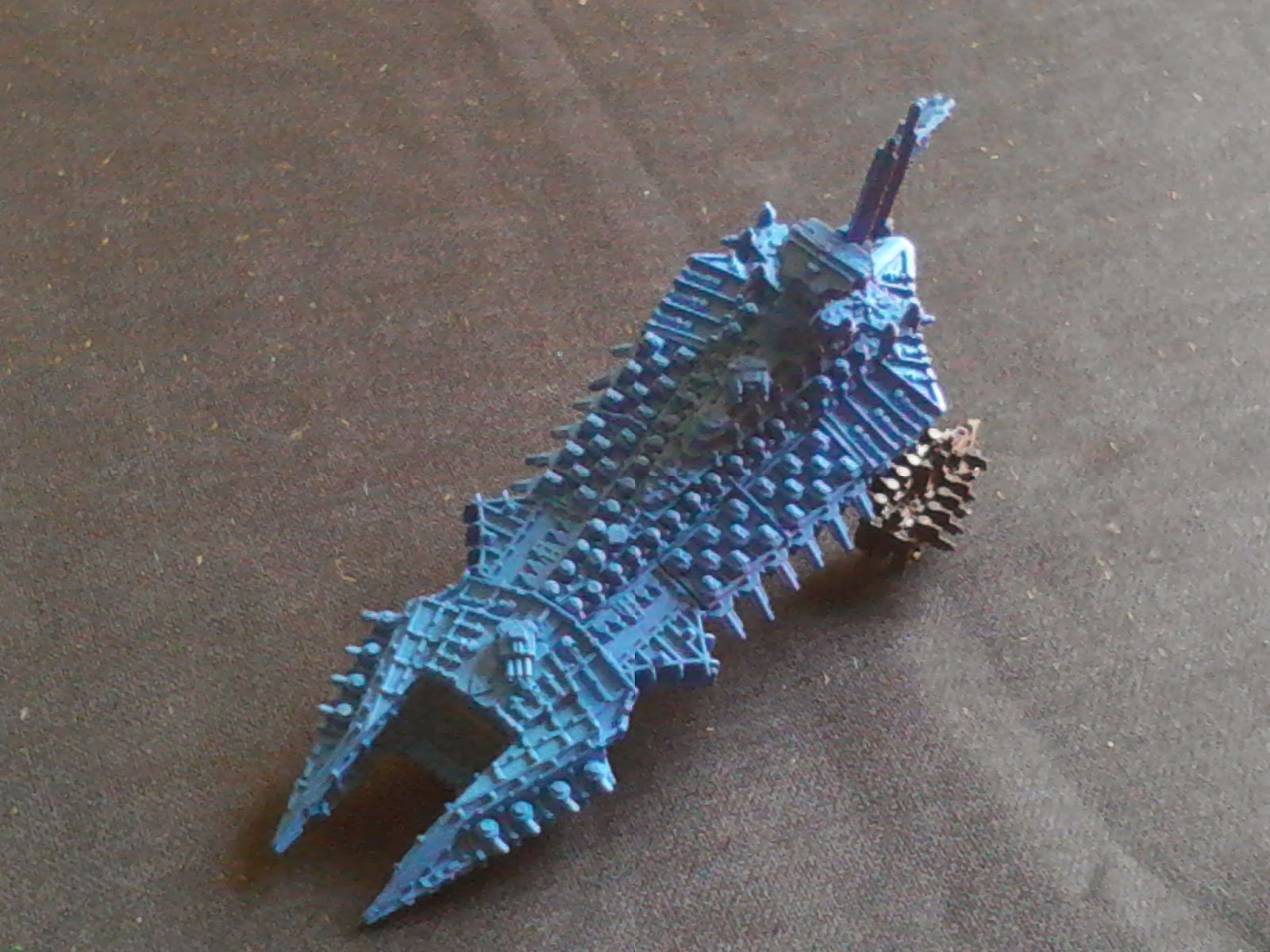 I mean who wouldn't want a ship named the Infidus Diabolus ? so first thing for this little baby will be a bath in withe spirits to help get all that blue paint off it & then a nice crimson & sliver paint job. 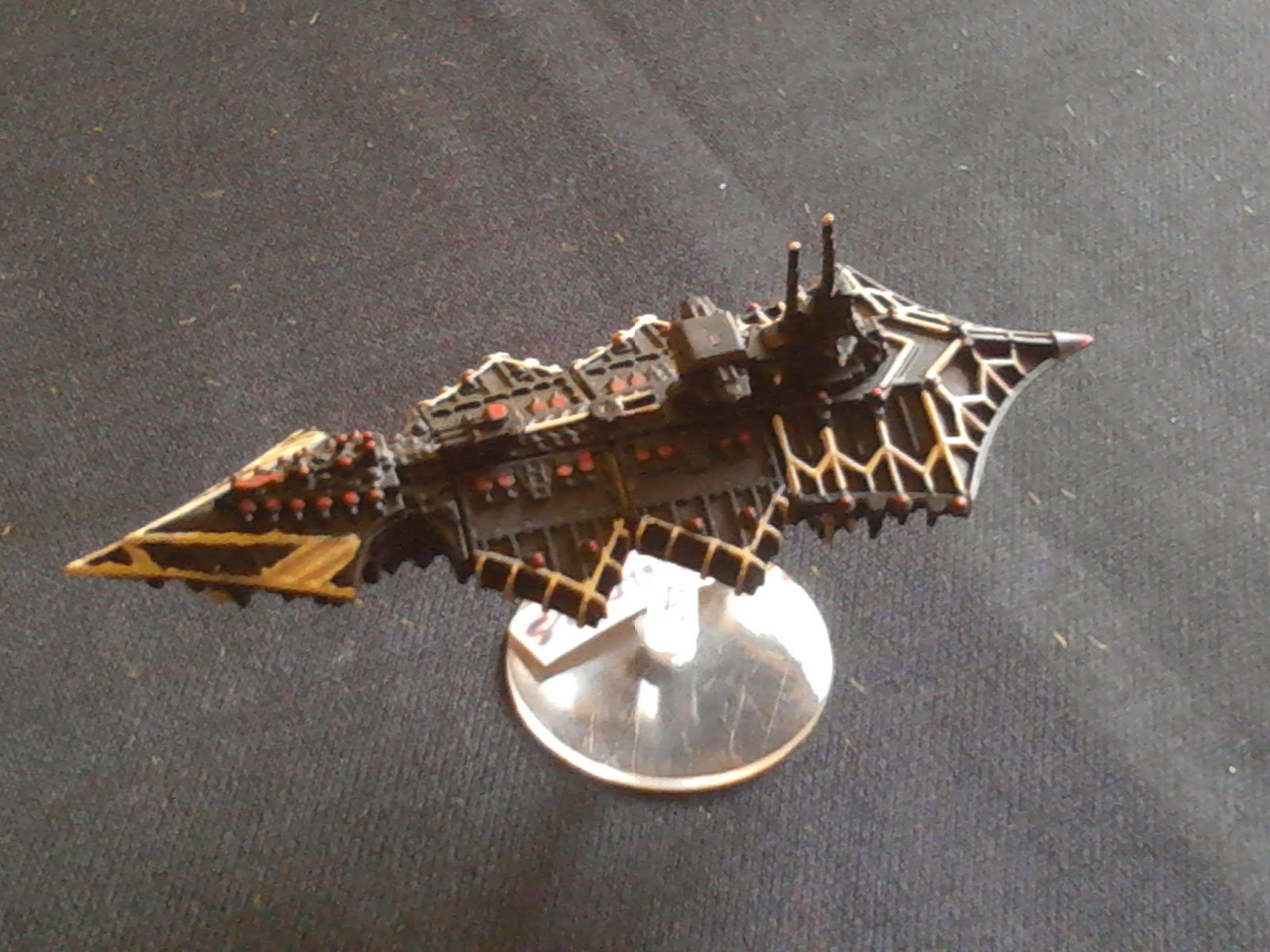 There is 27 ships in all in this fleet which are a mix of metal & plastic & while some of them will need to be striped down thankfully not all will. 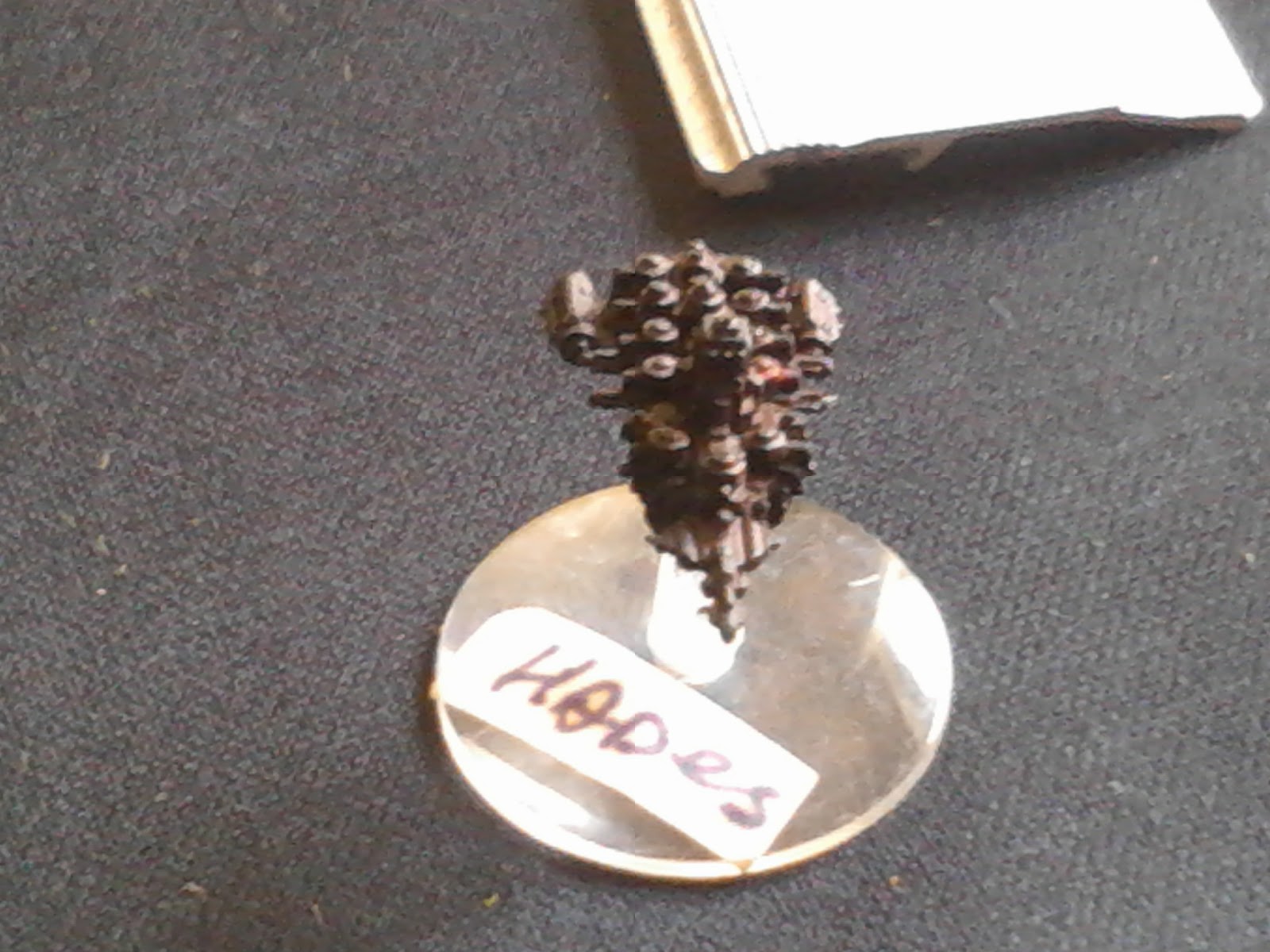 After all these years why do I decided to get myself a fleet now ? to be honest I don't really know, but I do know one thing & that is it was worth waiting for & I hope to at some stage have an Imperial & space marine fleet. 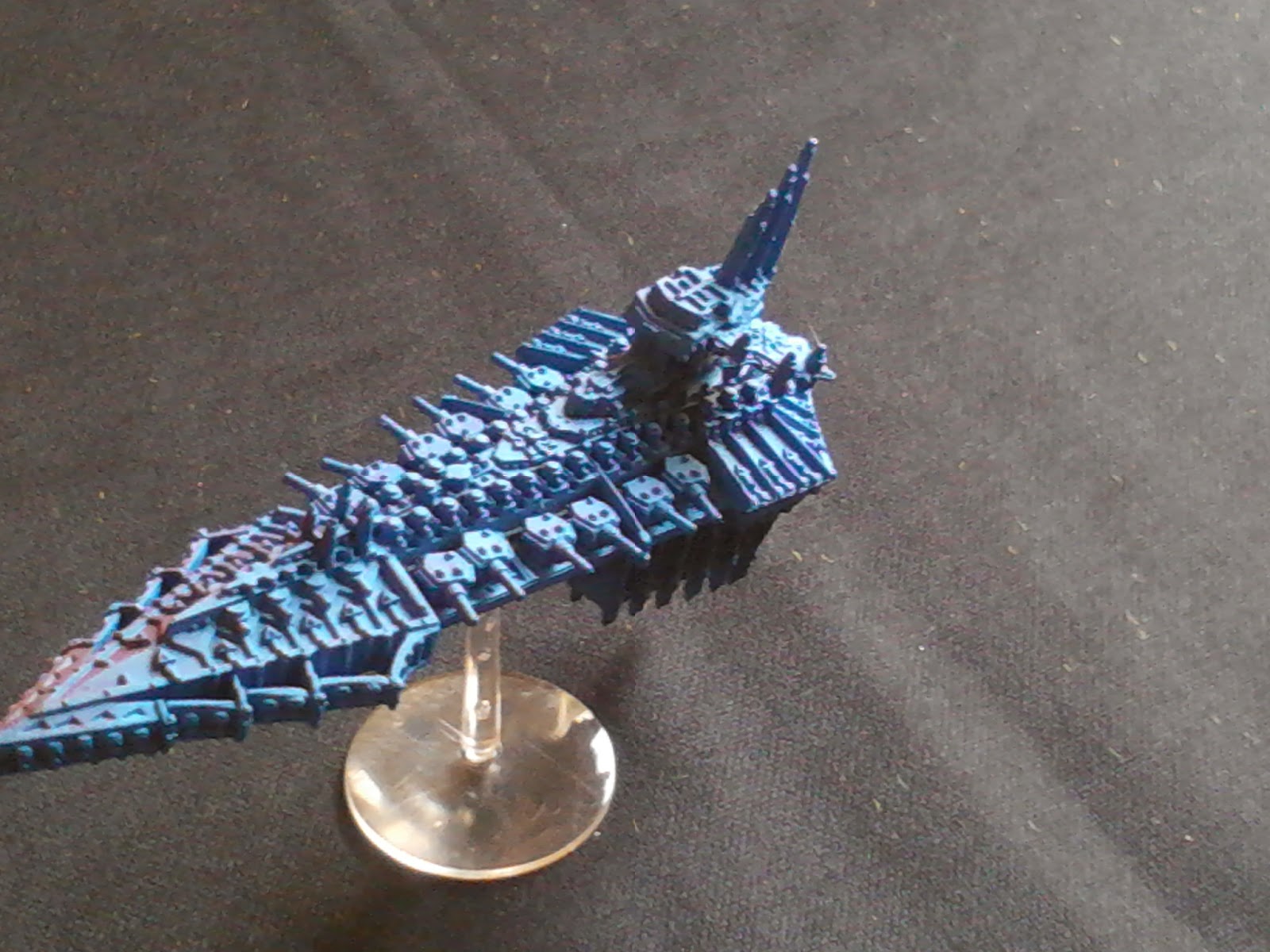 The couple of in game pictures up above are from a game Patrick & myself had to try the game out so my thanks to him & to you for dropping in & do keep an eye on the blog to see this miss match of ship turn into a fleet worthy  of the 34th Host. 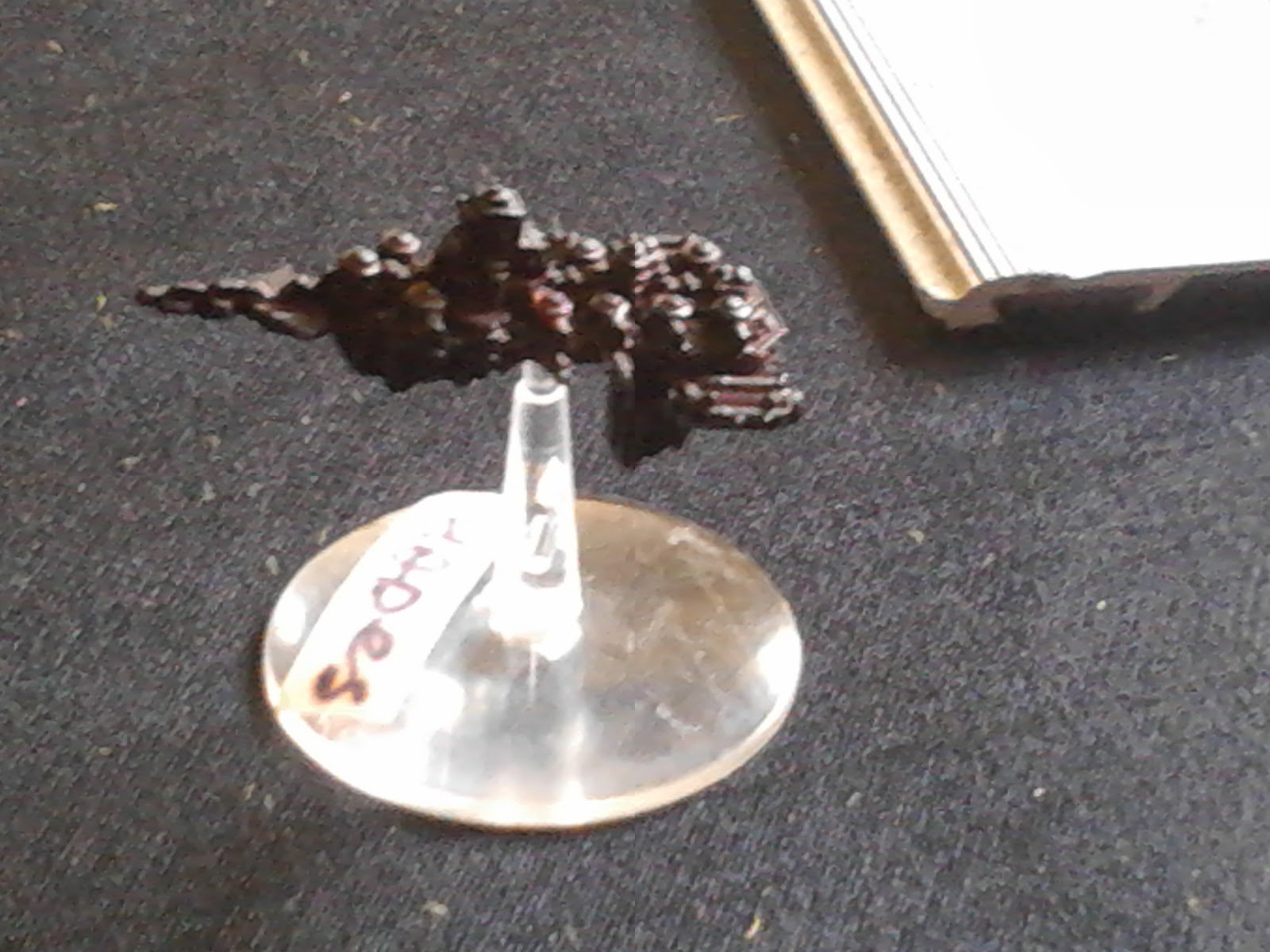 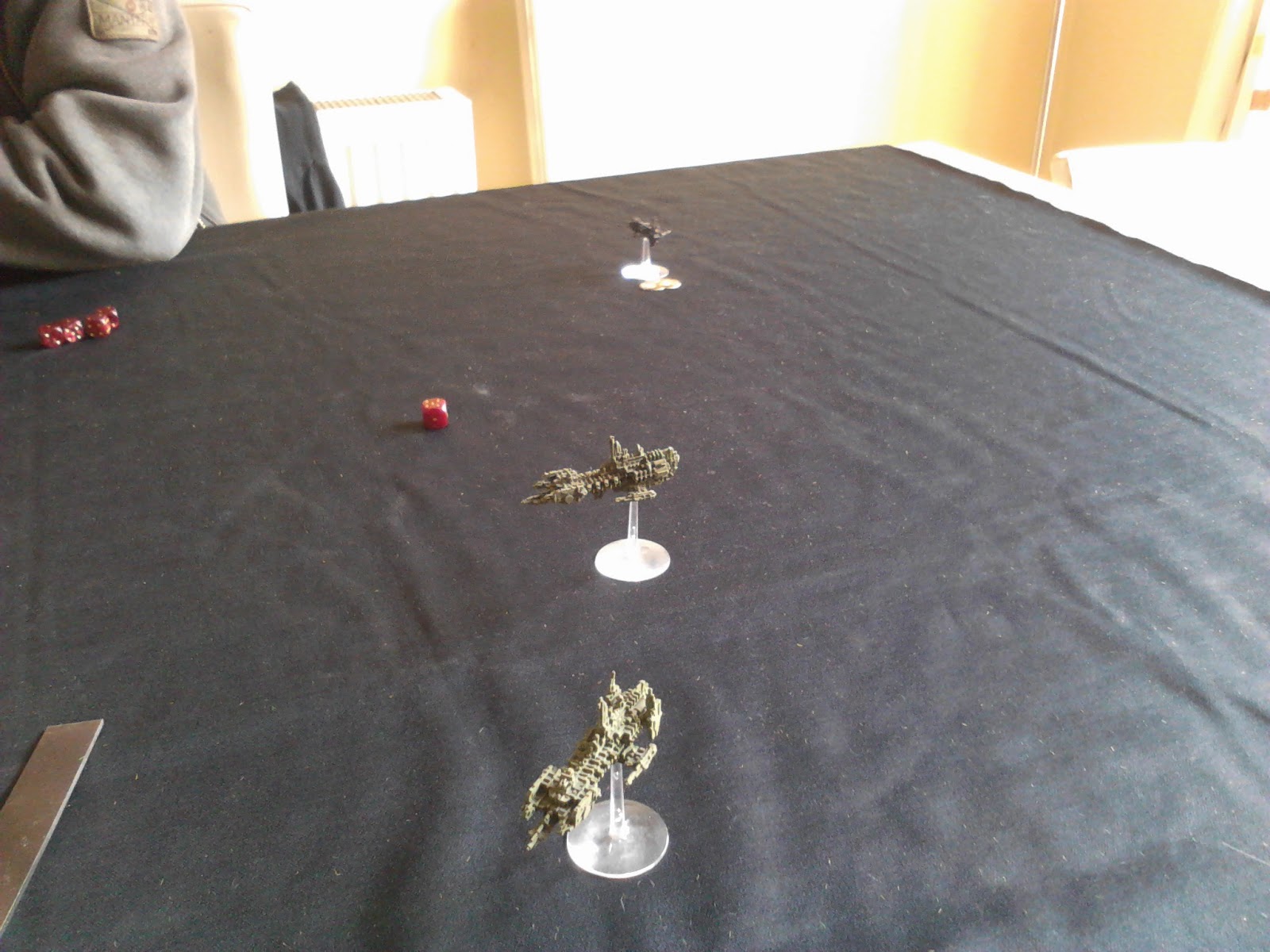 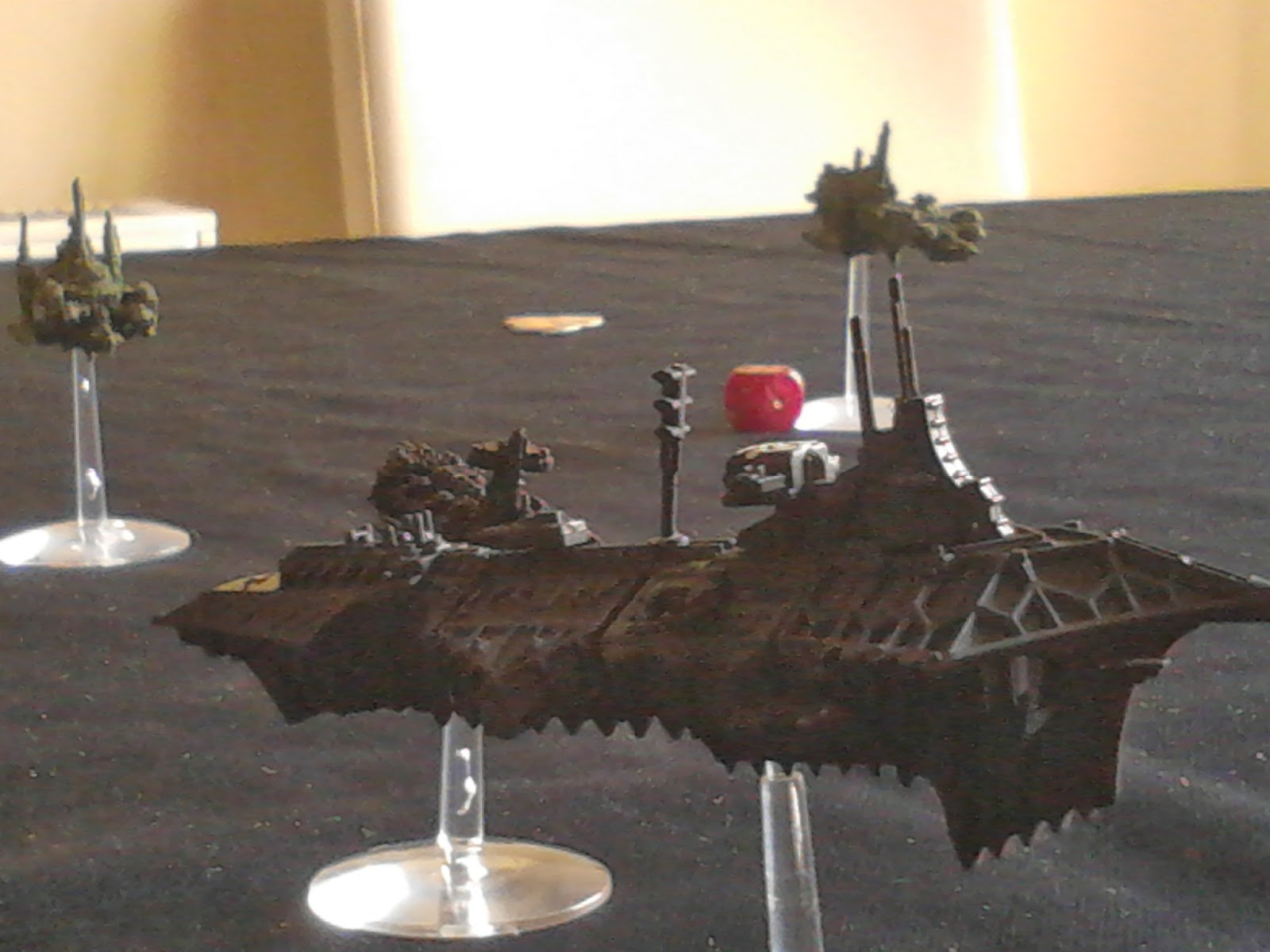 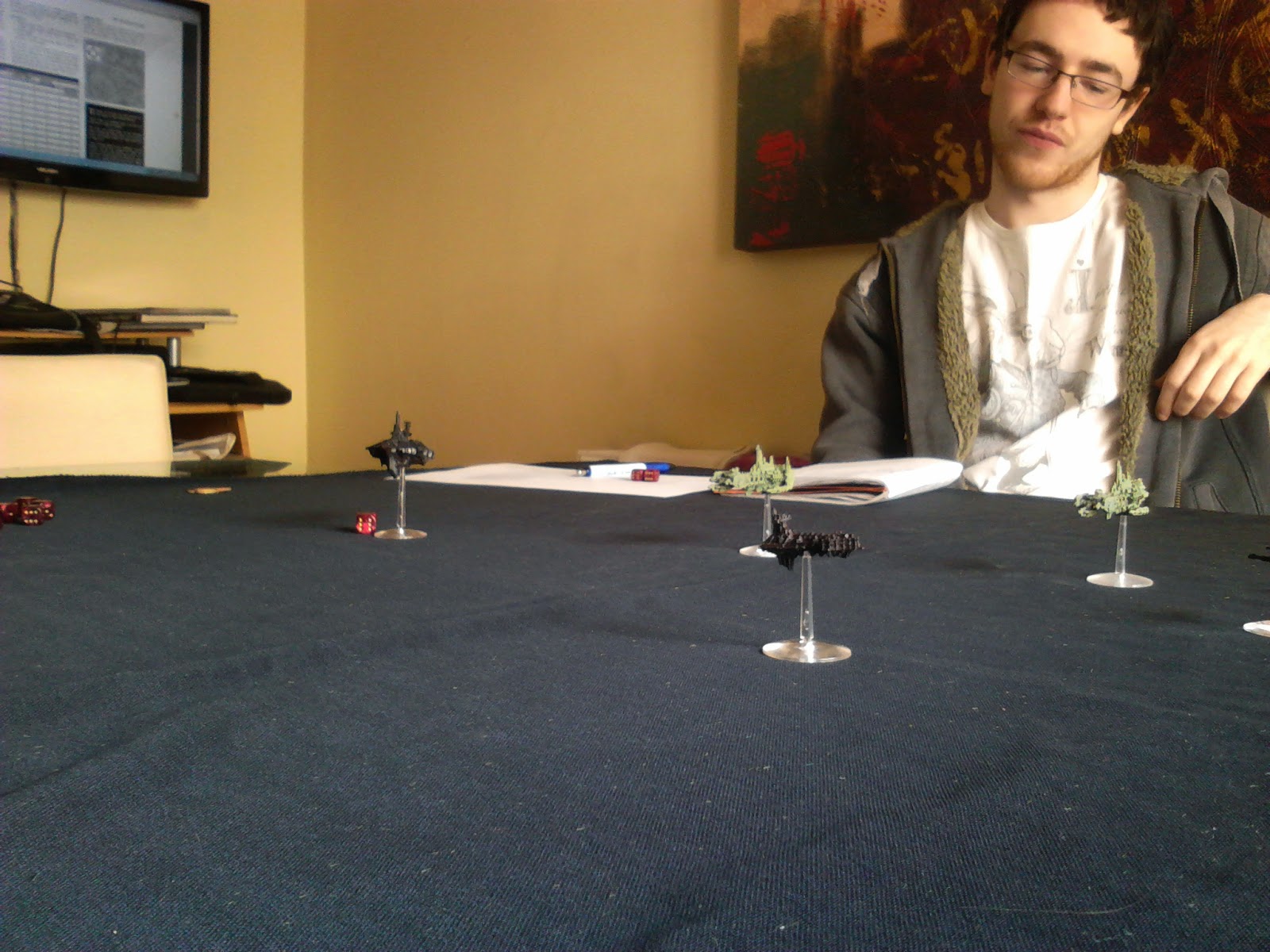 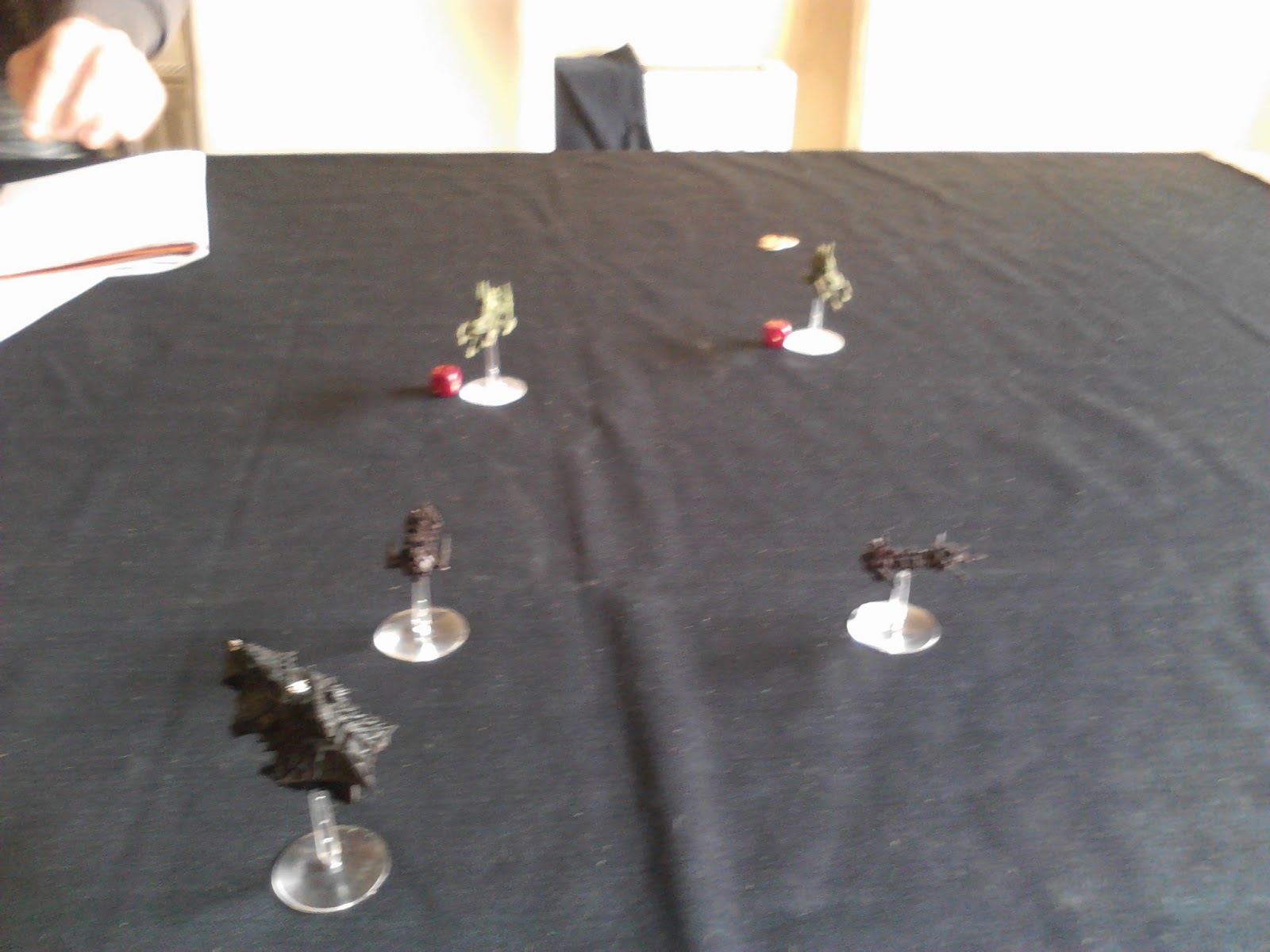