Fallowing on from the battle for the space station Condren (http://ifitwasntforone.blogspot.ie/2014/02/40k-battle-for-space-station-condren.html) we played a ship to ship game & no this was not a game of BFG. 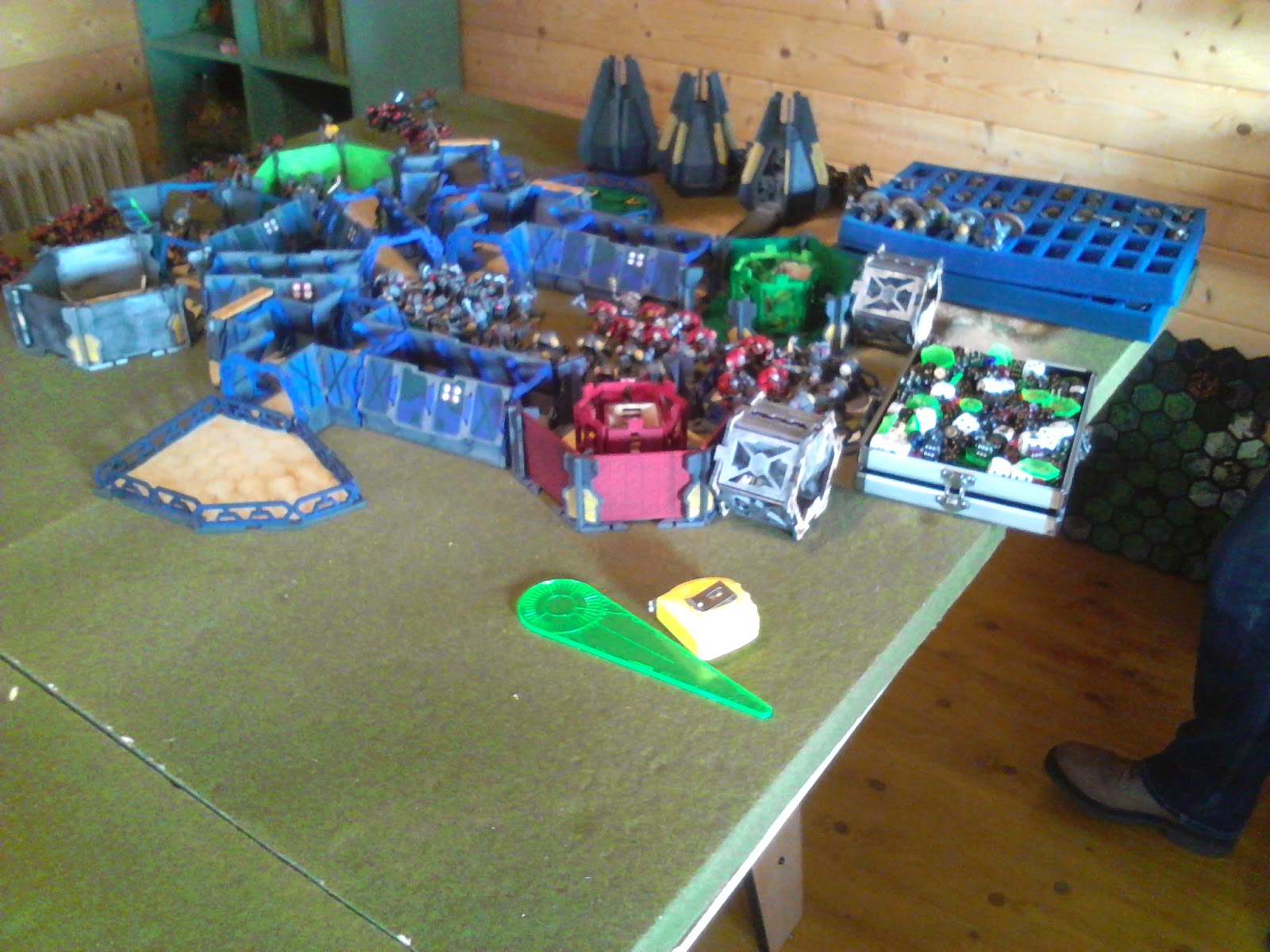 So what was the ship to ship game all about I head you ask ? well it was what it says on the can, Pearce set up two spaceships using the corridor set that we used for the spacestation game& mayhem fallowed. 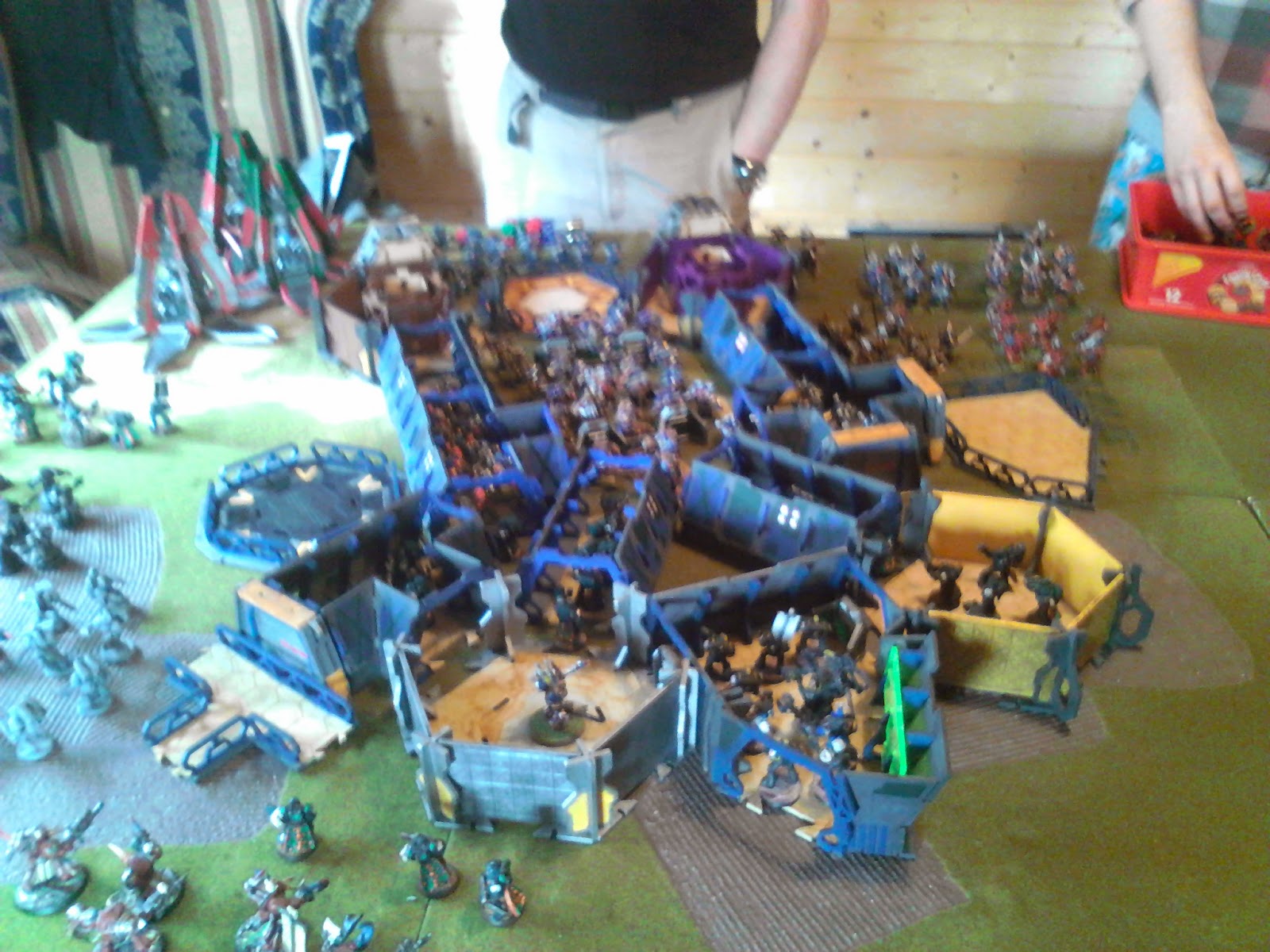 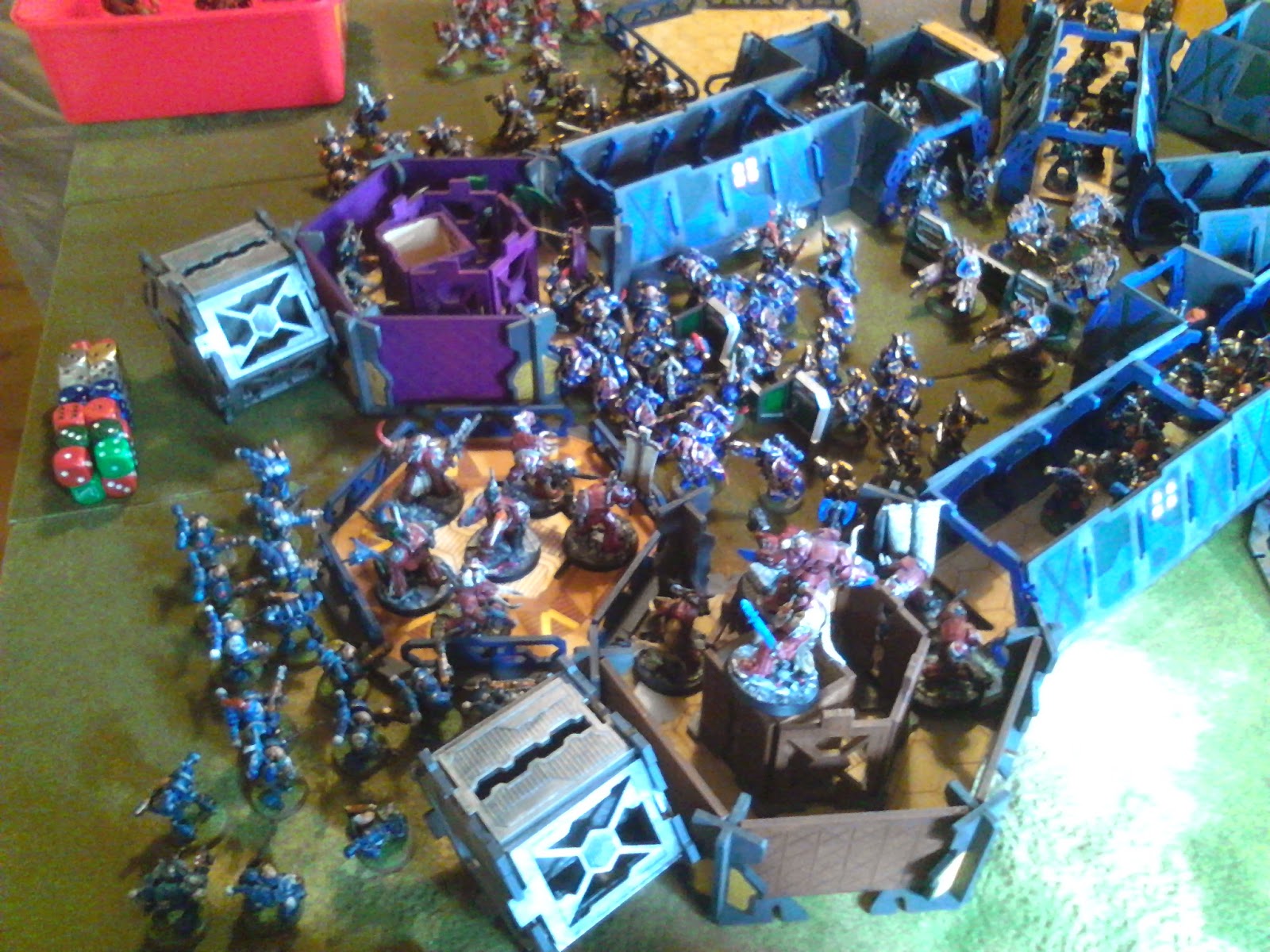 The mission was to cripple the other ship by knocking out their engines & bridge plus kill their captains of which their was two, one for each players the captains gave a reroll on something or another that I can't remember. 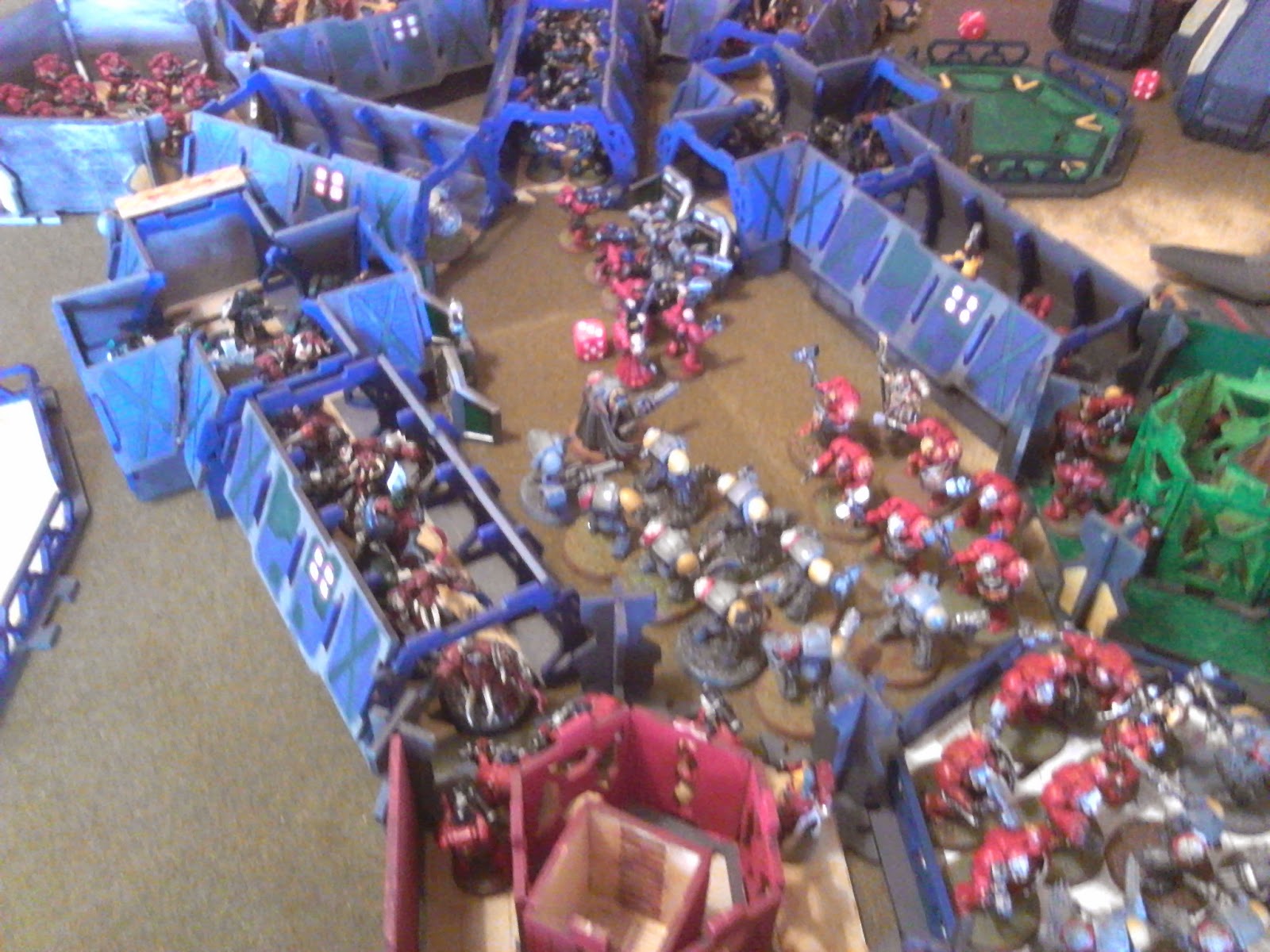 At the start of each sides turn we got to launch two missiles a piece that if they hit the other ship we got a point for, the rules where that they always scattered but if you got a 6 you breached the hull & every model in the section of the ship had to take a toughness test or be sucked out into the void, in other words killed. 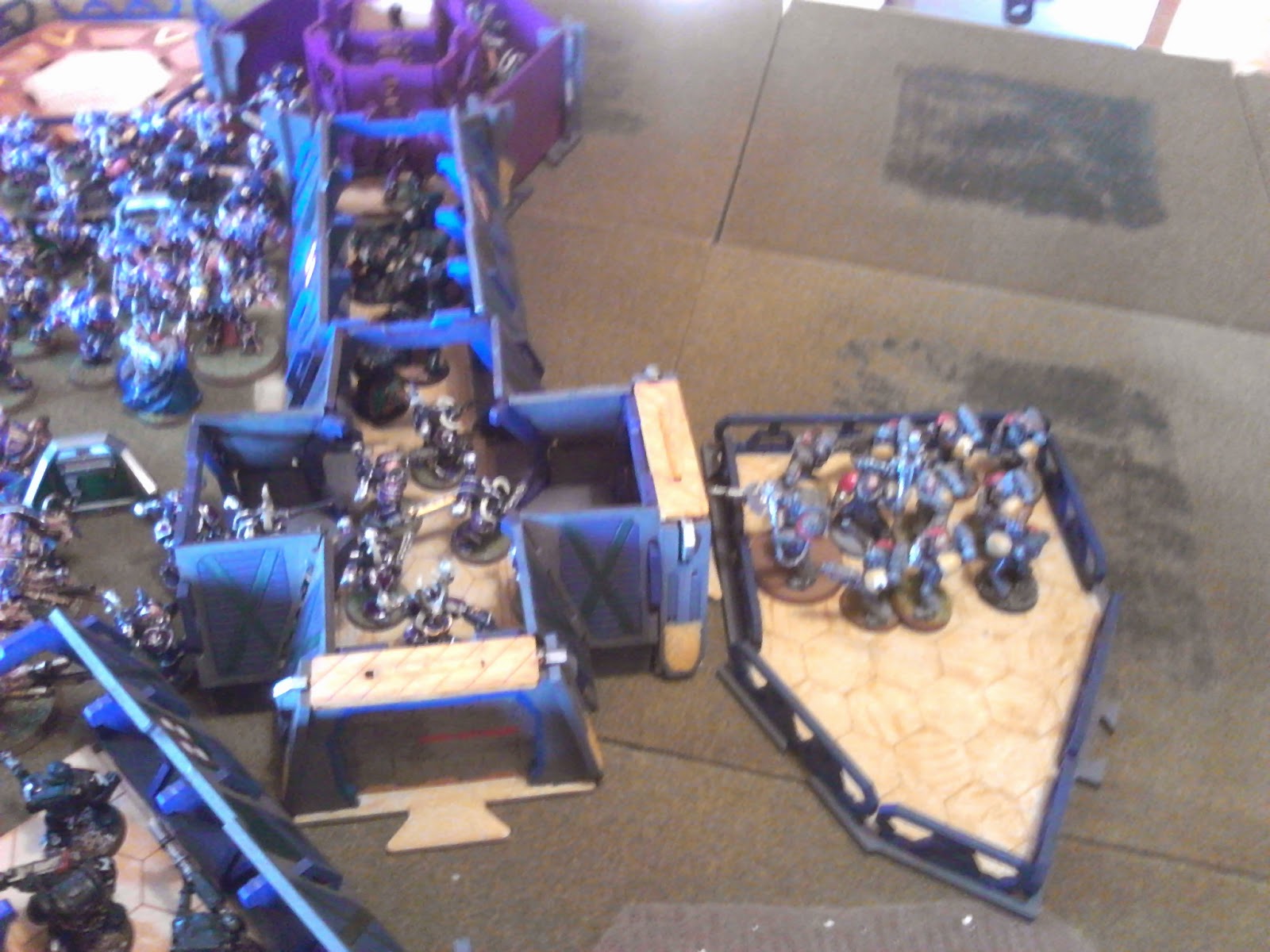 This again like the battle for the spacestation was a classic game & great fun & a most enjoyable way to past a day, with Alan & myself getting the upper hand by knocking out both of their engines & doing some damage to their bridge for the loss of one engine. 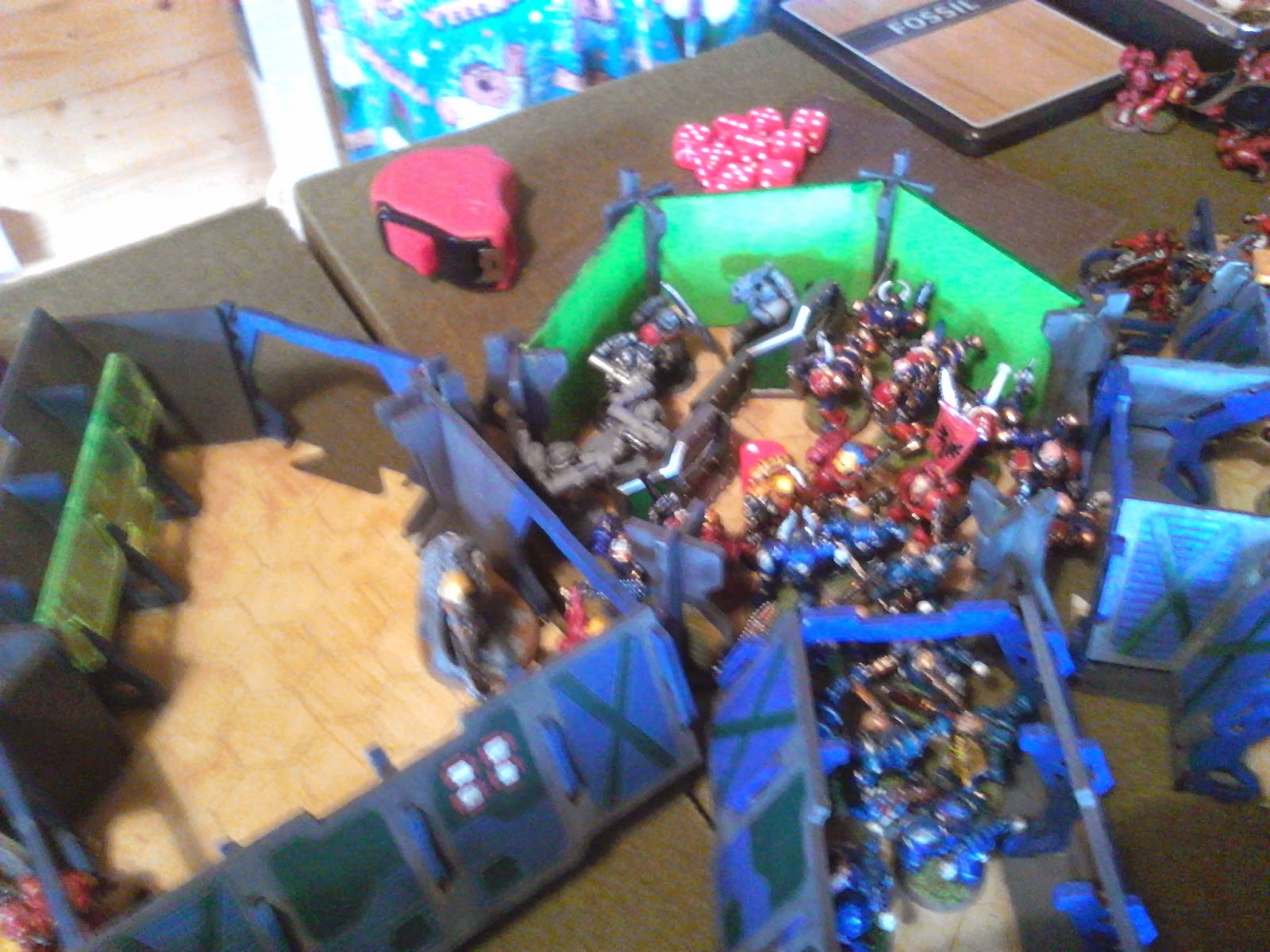 There is one more game left to come in this little campaign as the lads ship crashes down into the planet & the fighting takes place on the ground so be sure to keep an eye out for that report. 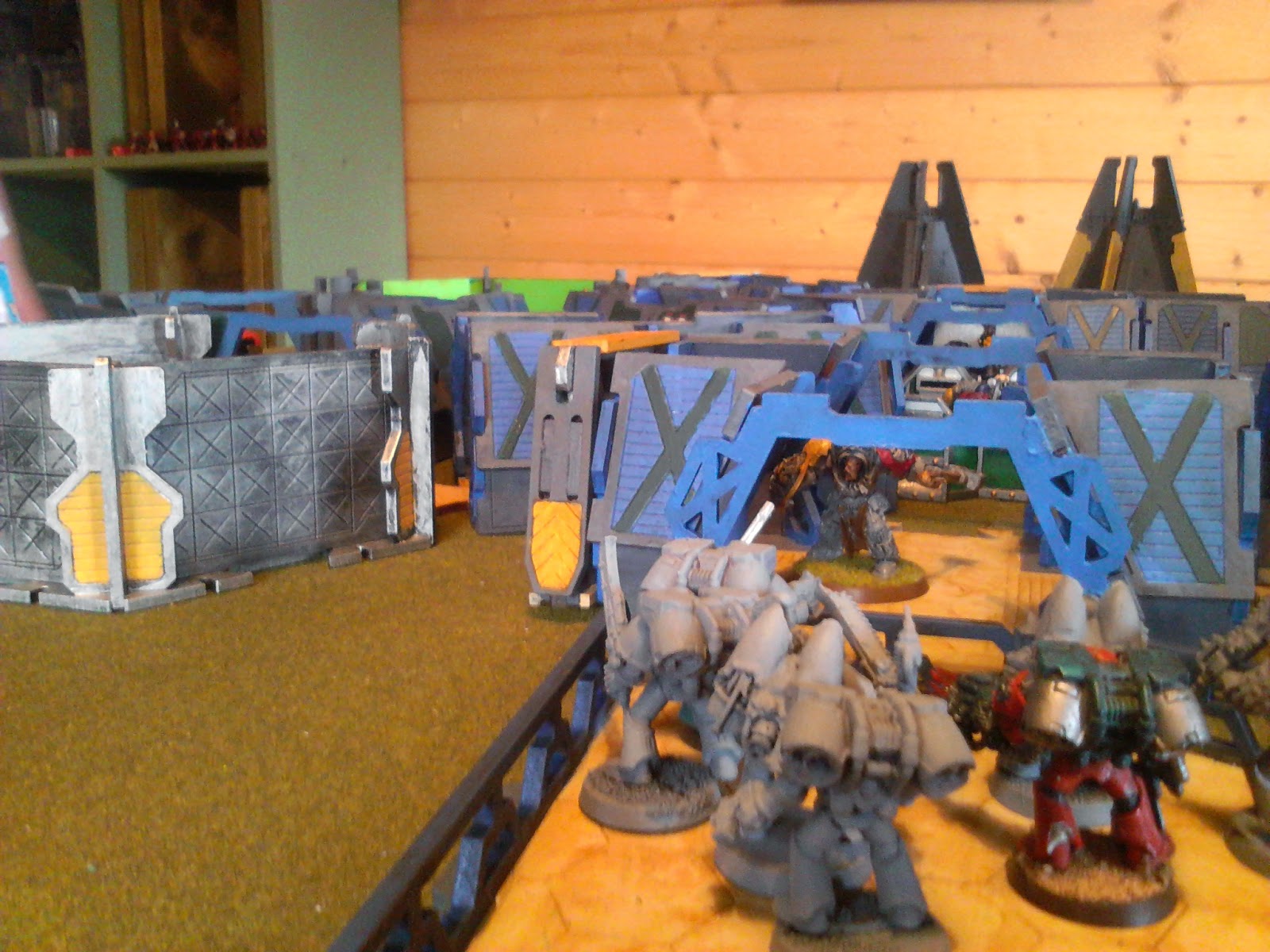 I'll finish up by thanking Pearce for setting up a great day, Alan for the food, Ger, Alan & Pearce for a great game & to you for dropping in. 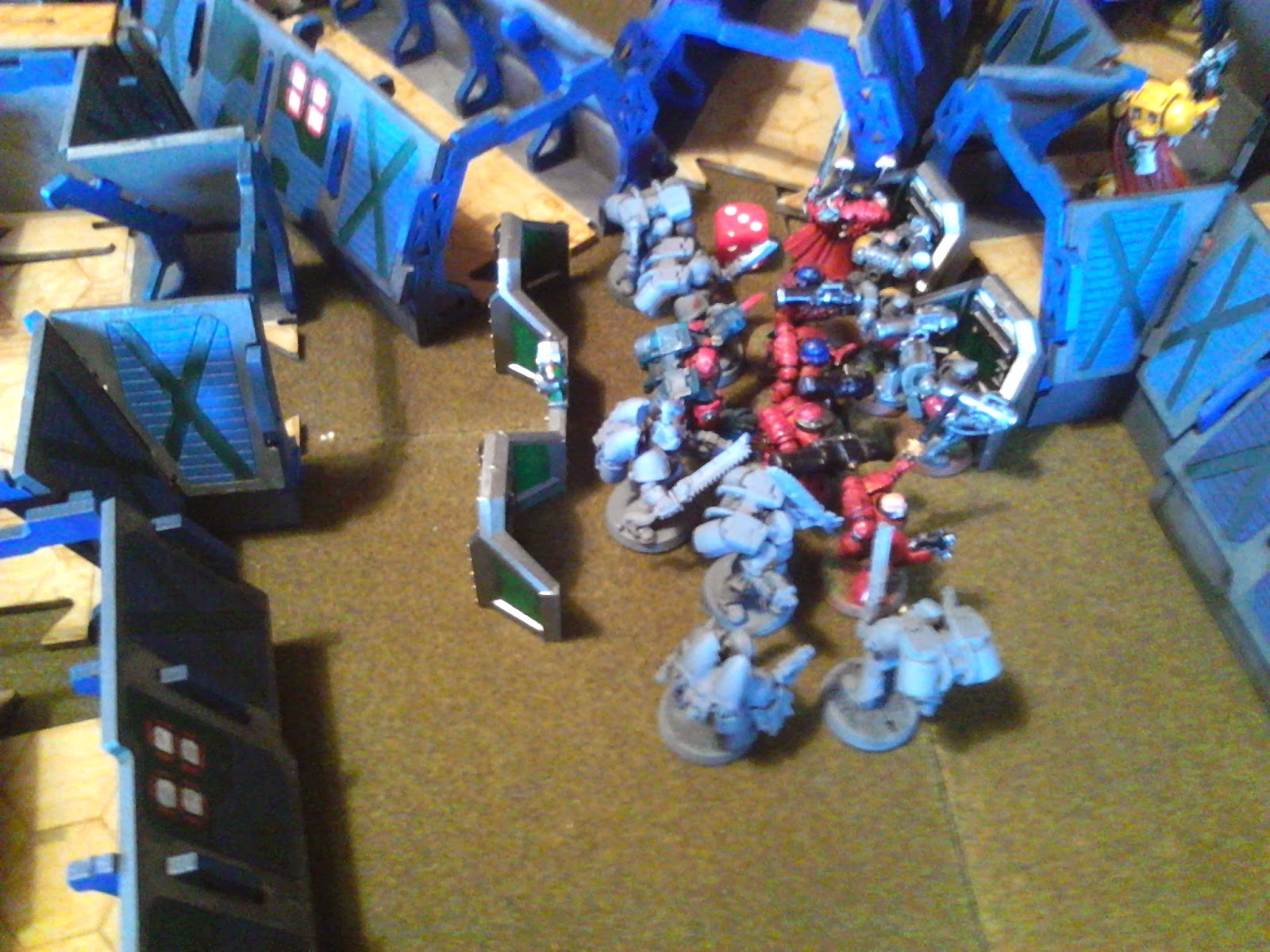 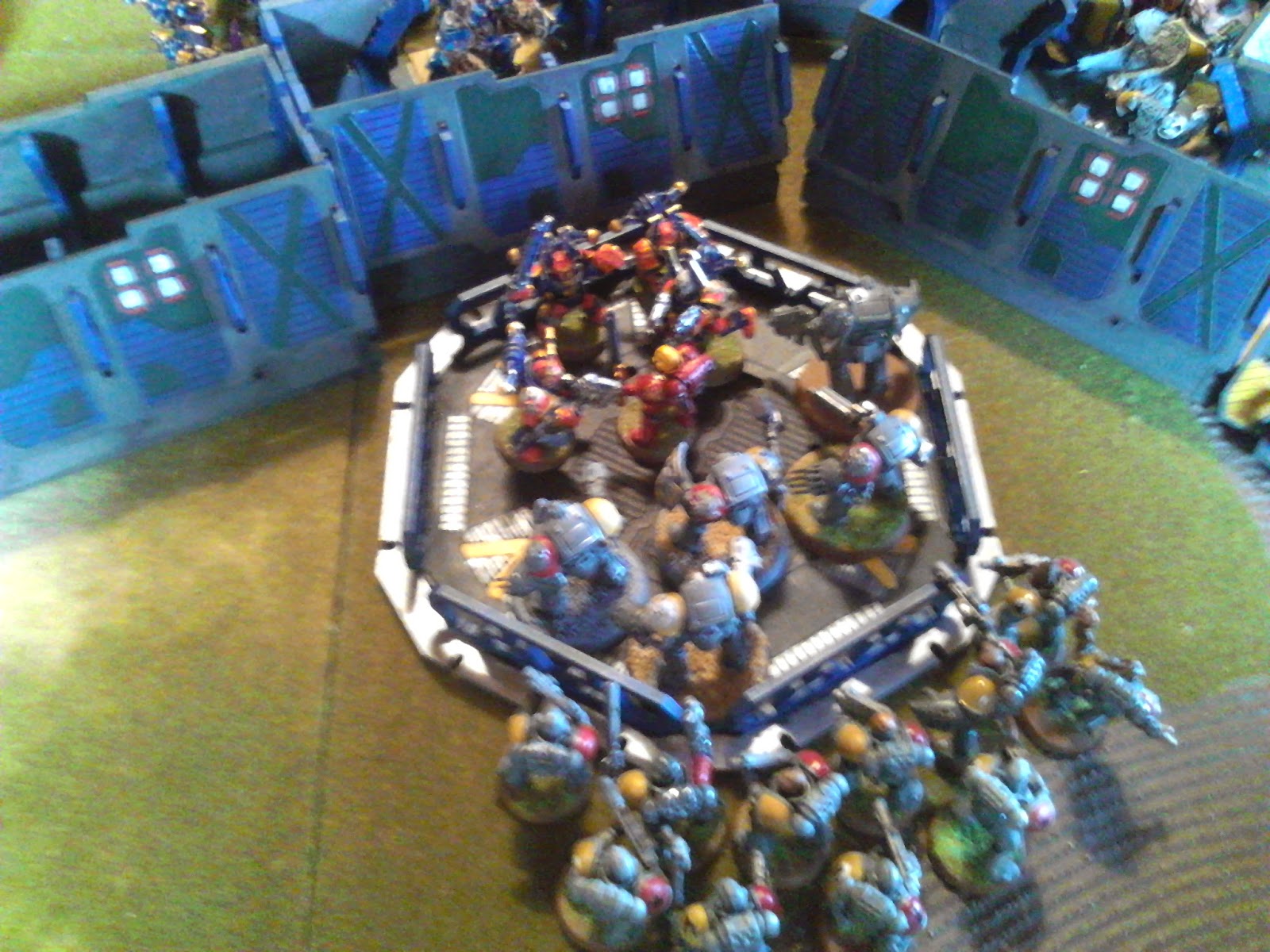 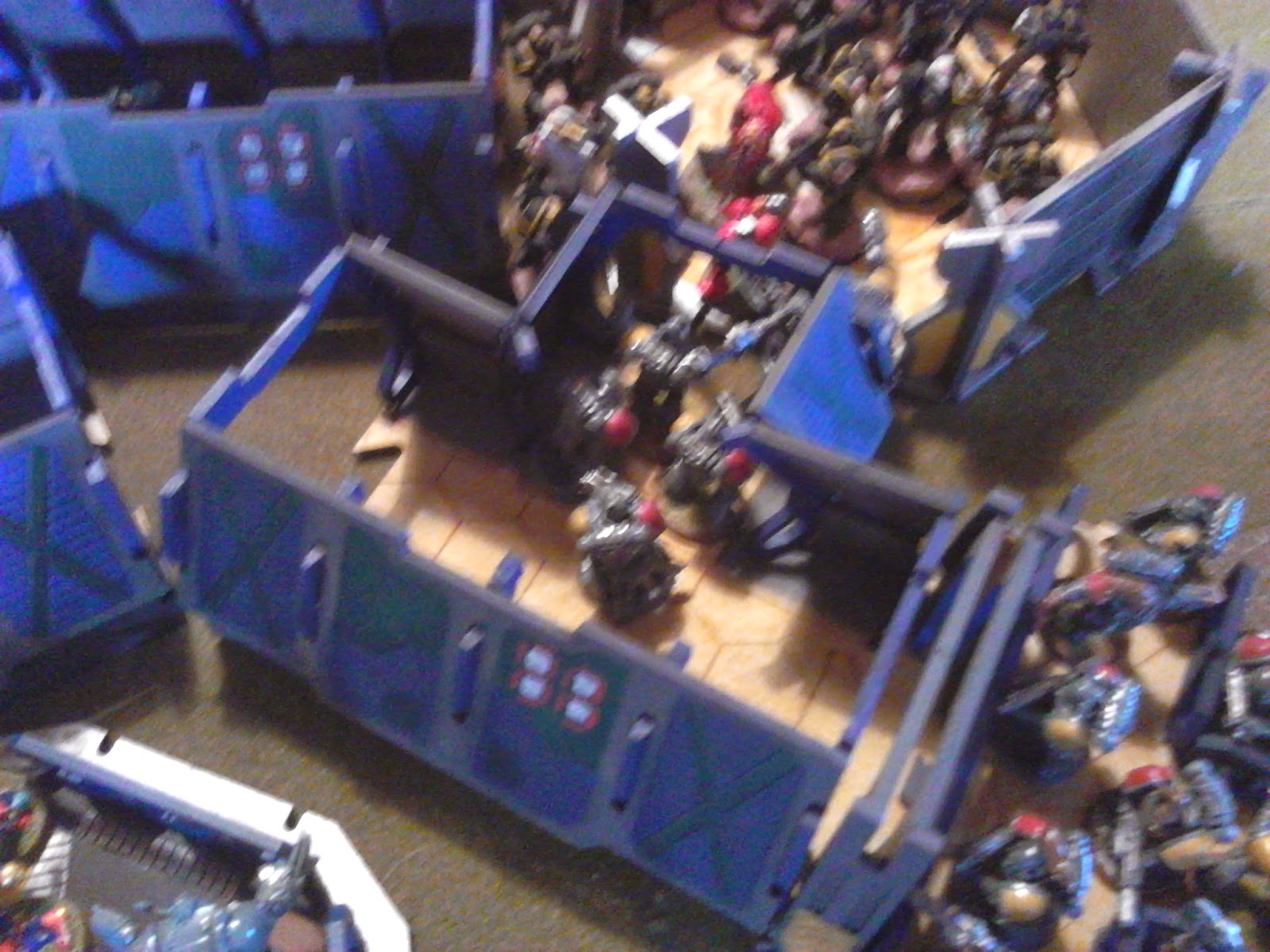 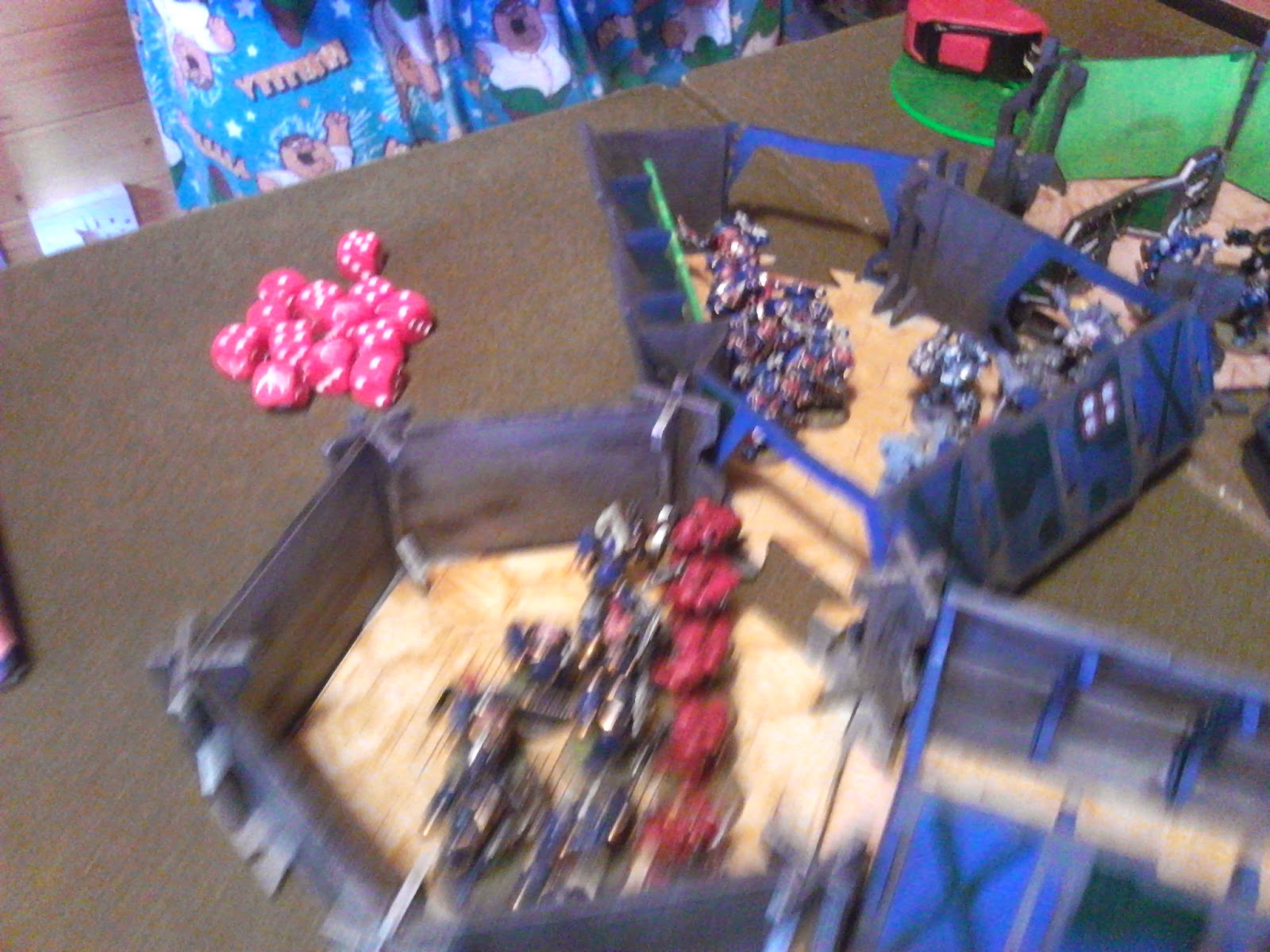