As I posted a while back I'm going to build a new marine army & decided it would be the Red Scorpions.
So why the Scorpions ? a couple of things really, I didn't want to do one of the normal choices but at the same time I didn't want to do my own chapter either as I've already done both of those things.

Ok I know there are many other off shoots but from the very first time I read IA 4 the Anphelion Project I liked the Scorpions for even thought there a codex space marines chapter there's a certain mystery about them & their different enough to make them interesting.

While supplements are going to be cool & hopefully let players build fully armies I've more then enough information on the Scorpions to make them nice & fluffy plus I won't have wait for a supplement to be released or hand over 40 euro for a supplement so its win win.

History
No records remain of the chapters founding or from which Primogenetor chapter their genseed was taken.
At the end of M.39 the Red Scorpions undertook the Orden crusade with the whole chapter going deep into the Orden Rift & out of contact for 300 years with what ever happened inside the rift unknown out side the chapter.

The plan is to use the old traits system for creating the way they'll play, now the traits they us are only minor ones, one advantage trait: purity above all which means that any tactical or veteran squid may upgrade its Sergeant to an Apothecary for 25pts. 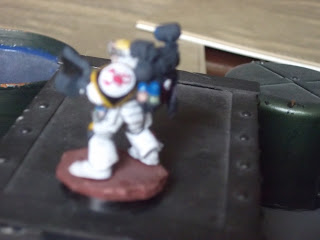 Drawback trait is have pride in your colours which means that no units can use infiltrators or scouts special rules & in addition scout squads & scout bike squads become an 0-1 choice.
I might even go for a built in warlord trait but more on that in another post as the army leader is at the mount been brought to life.

Anyway that's kind of the plan for the army & with a new marine dex on the way it should feel nice & fresh, what I got painted up so far is a libby & a tactical squad & their rhino, what I'm looking for from this lot is a decent table top quality paint job that won't take for ever to do. 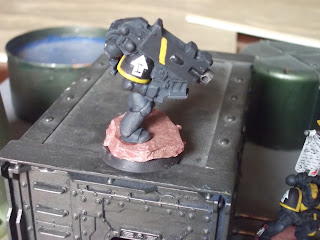 Which will mean drilling out the weapons a little bit of detail work on the likes of the eyes & squad markings, as this is a fluffy army the squads will always be used as they are so making them doesn't become a problem.

There was only ever going to be one winner when it came to picking which company it would be & that is the 6th which was the company used for the Anphelion investigation force a long with some of the first company. 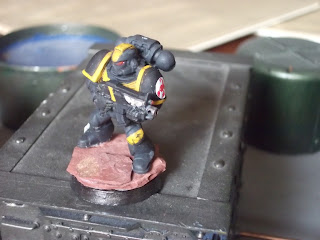 Something I'm doing with this army which is a first for me is varnishing it, which unfortunately darken down the slate gray colour a bit but this will hopefully be a small price to pay if it helps to stop the models getting chipped.

The bases are the easies anyone could ever wish to do as they are just bits of res slate I picked up on one of my walks up in the Wicklow mountains & I think is a nice contras against the marine , as I said I going for a quick decant table top quilty on this army. 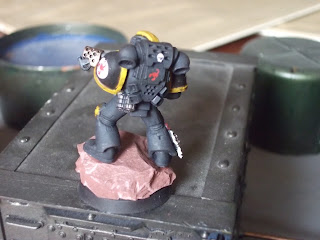 Oddly enough the libby is only the second one I've ever painted the other one was a long time ago when I was thinking of doing a Soul Drinkers army, but even more odd is the fact the Apothecary is the first one of them I've ever painted.

So there we have it the start of the Red Scorpions, how big this army will become I've no idea but I've a feeling it could get quite big, will it become a whole company ? we'll have to wait & see.

So thanks for dropping in & if you enjoyed it (or not ) please call back again I leave you with some more pictures below. 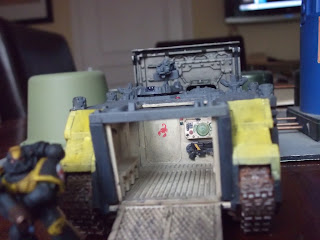 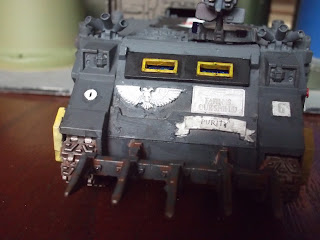 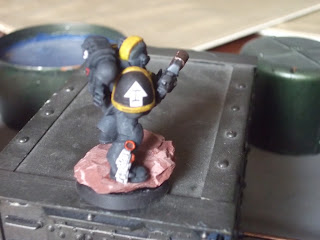 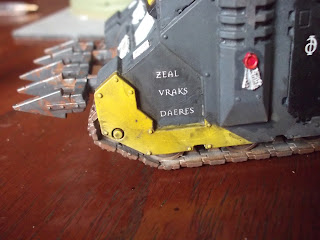 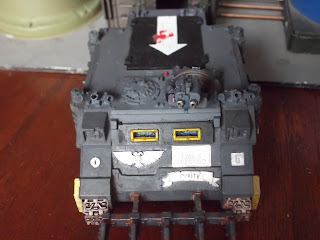