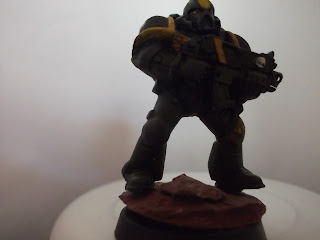 So with my old marine army looking it age & half of it sold off from when I was thinking of getting out of the hobby & paints no longer available, I decided to do a new one & unlike the last one where a lot of the models where painted in a rush for tournaments & apoc games.
So this one will be on the slow burner so to speak with the limit on time been my age but hopefully I'll have enough time to get it done. 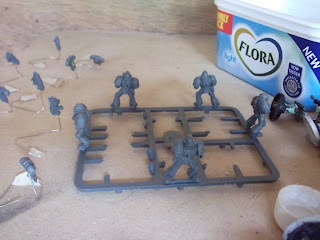 So I glued a few of the clip together marines to a sprue leaving off the bolter & the back pack, which I drilled  little holes in to in places that won't be seen & stuck them on a paper clip, drilling out the bolters at the same time. 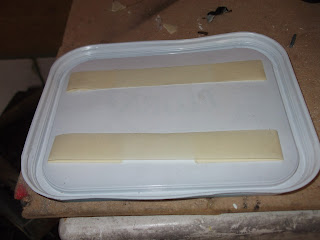 I made up this so I could stick the clips to so they won't be falling over when the paint was wet. 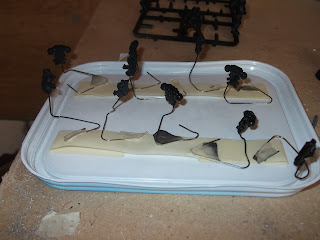 It works like so, I undercoated everything black with gw spray & mixed the paint the paint for my spray gun , but first I taped up the bolters & the back packs so I could spray the skulls white which in hind sight was not worth the effort. 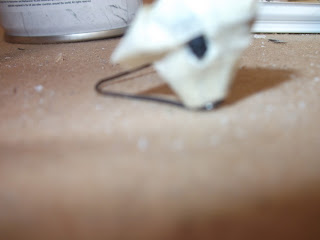 The colour I need was a charcoal gray so I mixed 4 parts base gray to 1 part black, the paint I used is model air 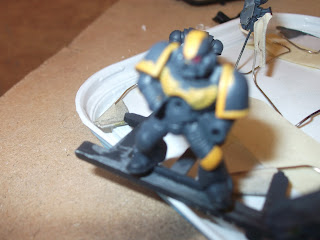 .I painted the eyes red & yellow on the shoulder pad trims, eagle & a stripe on the helmet & right knee. 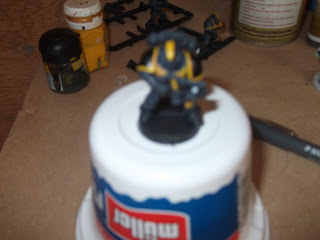 The Shoulder pad was painted black & a yellow stripe was add to the bolter & the model was given a wash of  2 parts gw nuln oil & 1 part water. 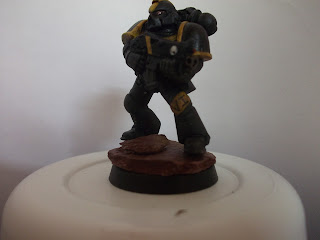 Added some detail & high lights & based it on some red slate painting the trim of the base black & there he is my first Red Scorpion space marine, I now need to order some transfer sheets from FW. 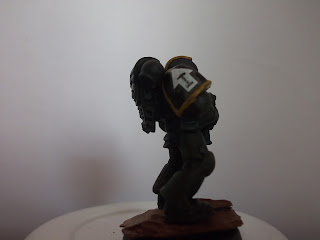 Is fellow is from the first tactical squad 6th company, but he won't be seen action any time soon as is a slow project
A few more wip pictures below. 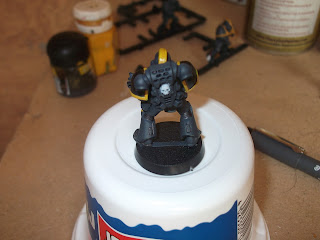 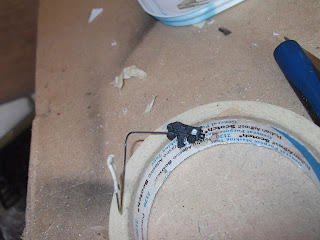 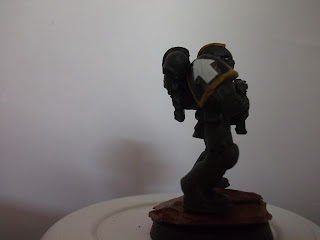