At heart I'm a 40k modeller & I don't do any modelling that is not going to be used in the 40K universe but that doesn't stop me from trying other games from time to time. 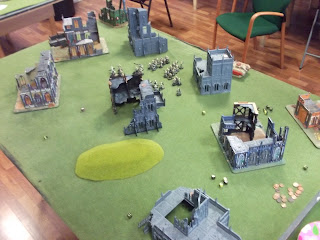 So last week a good friend of mine was home for a few days from Germany, now usually when Darra comes home we'd have a game of FOW but he'd done a post on his blog the other day on different WWII games ( Dispatches from the Front ) a couple of which I'd played before but one which I hadn't & which I'd enjoyed reading about on his blog was bolt action. 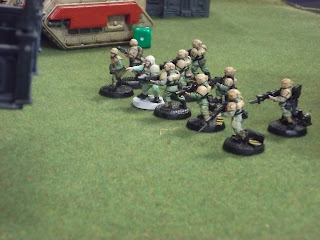 I'd left a comment saying I'd like to give it a try so Darra sent me a mail saying he'd becoming over & would I like to try a game, so he sent me over a mission briefing & a list of the models we need & we arranged to meet up in gamers world for the game. 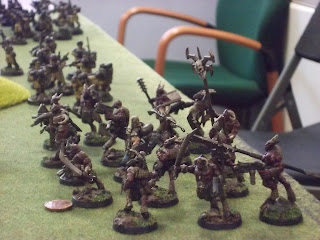 So what about the game well between the two armies there was about 100 guys & a tank so a nice size for a skirmish game.
Now one of the things that a lot of players seem to forget is that just because you have models of a certain game it doesn't mean you can't you them in other games. 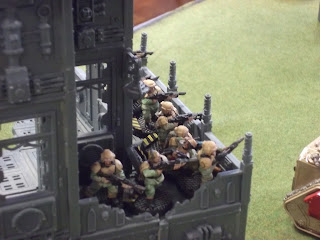 I've used my GW models in other game like enduring freedom & tomorrows world & that is what we used for this game as well, think about it if you have the models all you need do is buy the rulebook & you've a bran new game to enjoy for cheap.this goes for a lot of scales. 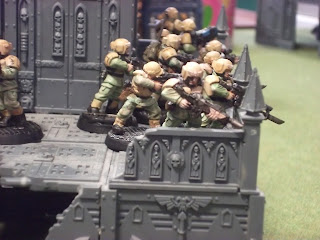 So the mission was we were fighting over a town trying to capture different buildings, now one of the really cool things about this game imo is how the turns play out, it not a case of you go I go, no how it works is for every unit you've got you get a dice as does your opponent, needless to say the two sets of dice have to be different colour. 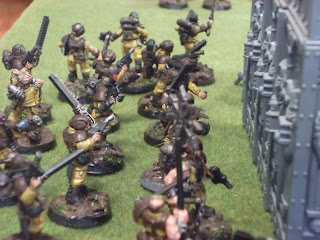 You then put all the dice in a tin or a bag & draw one out the owning player can then activate one of his units, you then draw another one & so on until all the dice & all the units have been activated which is then the end of the turn. 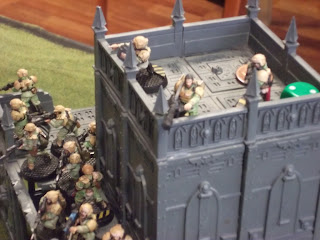 While the game itself seems as if it would be easy enough to pick up I would imaging it would be challenging to become good at as every time a unit gets hit it gets a marker which means it has to take a leadership test to do anything with each token adding -1 to your leadership. 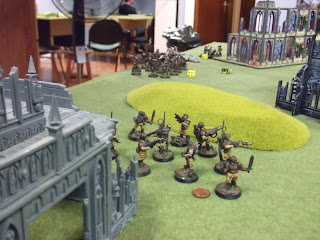 This can be render your army useless very quickly as I found out to my cost & is another thing I liked about the game as it means you really have to think about what your doing, so all in all I'd give bolt action the thumbs up & while I won't be going out & buying the models I can see myself picking up the rulebook at some stage. 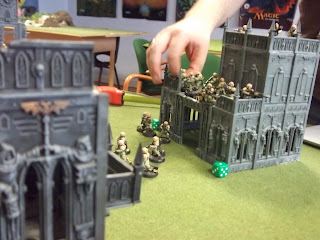 Oh another thing about this game is how much of a big thing one of the players is & that really is as it should be as this is after all a WWII game & tanks where very powerful in those days & not to easy to get rid of. 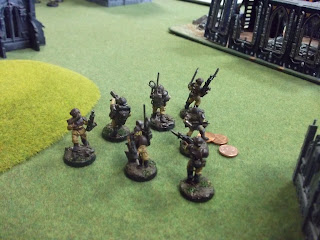 There's an old saying that pennies make pounds, in this game all they do is make your units useless, buy that the price you pay for bad play. 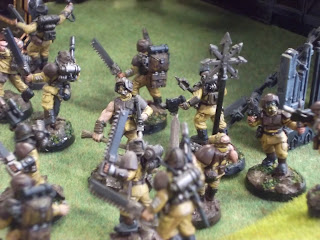 So my thanks to Darra for the game as always mate it was enjoyable if not the kind of history lesson I was looking for lol.
So go grab yourself a piece of the action bolt action that is & thanks for dropping in & do call back again soon. 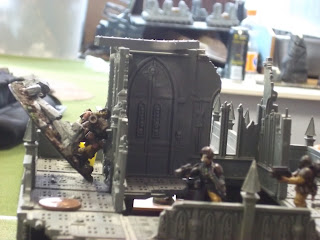 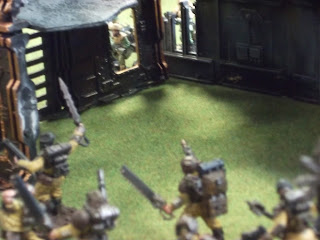 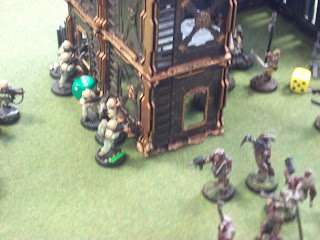