This is a double post with the first part how to make a combi-plasma & the second questioning my mental health, but more on that later first up the combi-plasma.
To do this you'll need a bolter & a plasma pistol like those in the picture below. 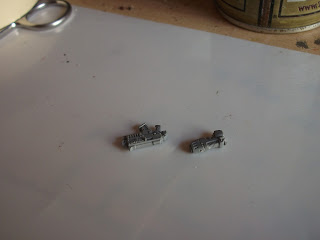 You need to remove the muzzle (keep it) & the other pieces on the front of the bolter & level off the top of it back as far as the rectangular piece.
On the plasma pistol you need to cut along the length of it just below the coil until you get to the little groove that runs a round the pistol, you then need to cut along this groove from the bottom until your to cuts join up. 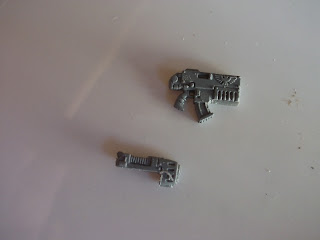 The picture above shows you what the two guns should look like at this point, you now need to fit them together I found when doing it I had to cut a little bit off the rectangle. 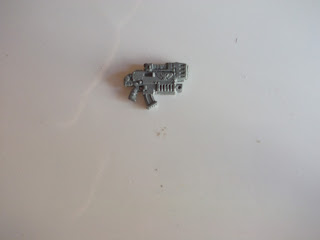 When your happy with the fit glue them together & glue the muzzle back on & there you have it a combi-plasma.
Now the second part of the post, I was playing Greg in the shop the other night when he told me he thinks I mad & judging from what I've been doing to some rhino's since then I think I've got to agree with him.
So what is this madness you ask, well I've decided to paint the detail on the inside of the rhinos 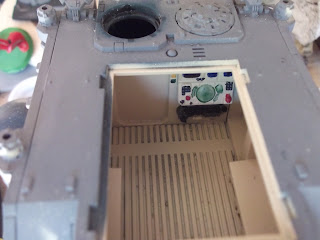 Now that in it's self wouldn't be enough to fine me guilty of insanity, but that isn't the whole of it. 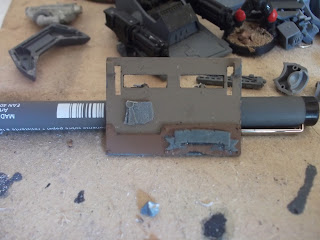 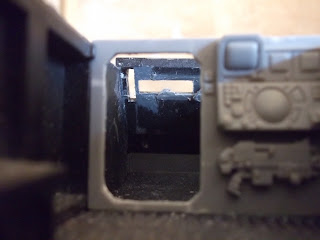 I went one step or two beyond that with one of them. 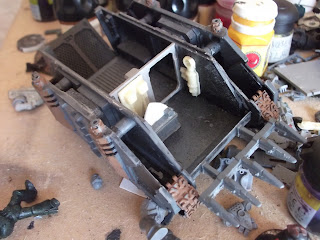 In fact I now know I'm mad but ah well it could be worst. 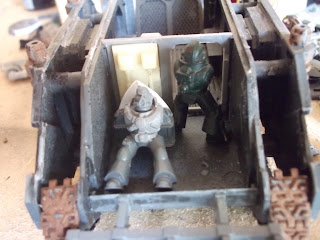 So what do you guys think is Greg right ?