Alarm call, theres how many stealers.

Once again I entered the dark confines of a spacehulk, with the broodlord my son Paddy plotting my downfall.
I'd been on a bit of a roll against Paddy lately but this mission was going to push me hard, it named alarm call & with a starting force of a libranian & a single terminator with lighting claws. 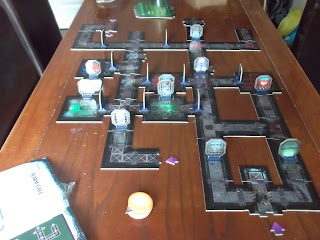 I'd to try to revive at lest 3 out of 5 terminators that where placed in different rooms around the spacehulk & then get to hell out of doage, which meant getting the librarian & 2 other terminators off the board at a certain point. 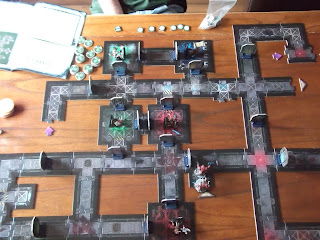 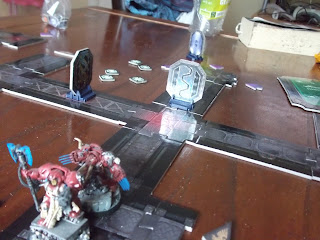 Both have their advantages that I won't go into here but I went with placing the sergeant in the room closes to where the librarian with the terminator would enter the board meaning I would have to make do without the flamer who was placed nearer to a stealer entry point. 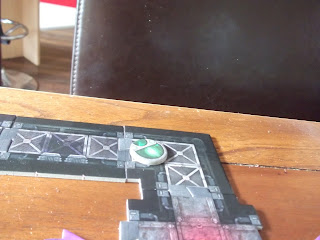 So off I went on my mission with all going to plan & 3 terminators getting revived while roping in Paddy with a red herring for good measure, although I did make a bit of a mistake which was to cost me a terminator.
But still I had 4 & was heading for the exit. 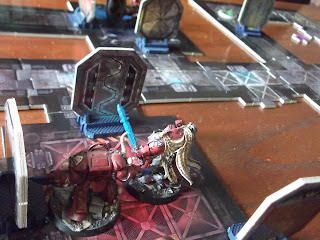 Whit the stealers pouring in to the hulk from all directing I was in danger of getting swamped, but these terminators are bad ass boys & can look after themselves I hope.
The great thing about spacehulk is that you know that sooner or later it's going to turn into a bloodbath. 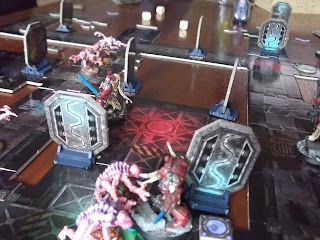 & turn into a bloodbath it did wit the marines selling their lives dearly while all the time getting nearer to the exit, till it got to a point where I was down to just two marines, which meant I'd have to go back for one of the other two that I hadn't revived. 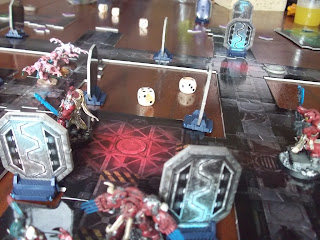 This was now going to have to turn into a cleanse mission if I was to have any hope of getting out a live, as their was more steater on the board then I think I'd ever seen before playing spacehulk as Paddy sensing my end was near had decided to turn over all his blips. 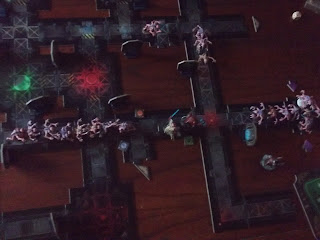 For the next couple of turns Paddy could only watch in horror as the death toll of stealers went up & up, until a path was starting to clear for me to go back, it was at this point Paddy was to say to me, this is ridicules the amount of stealers you've killed the 2 marines should be dead by now. 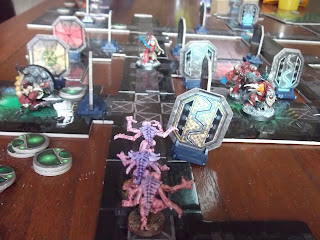 This lead to me making the mistake that was to cost me the game as I look at him & smiled the Emperor protects, you see the thing is I use my Wordbearers when I play spacehulk.
The chaos gods where to make me pay for those remarks straight away as my next overwatch shot was to roll snake eyes jamming my gun & leaving me to watch in horror as a stealer closed in on the librarian & riping him in half bring the game to an end. 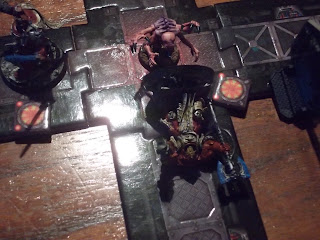 My thanks & well done to Paddy for what was an epic game of spacehulk & thanks to you for dropping in hope you enjoyed the post & will call back again soon. 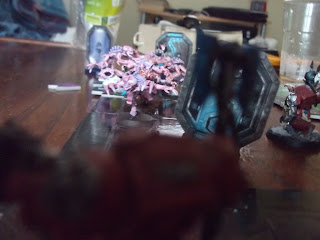 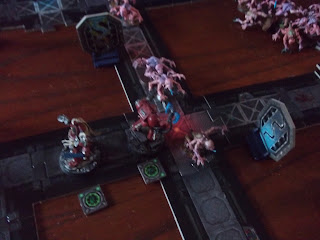 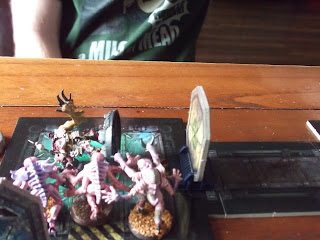 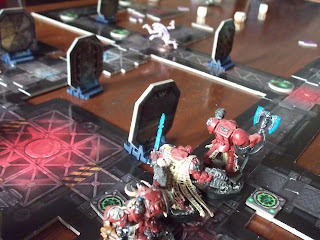 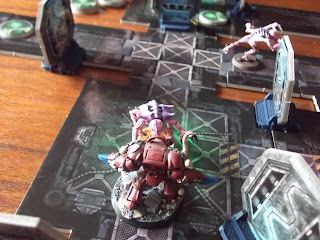