Yesterdays heros units that where once the main stay of  their armies that your not likely to see these days.
In this post I take a look at two units from both codex space marines & codex tyranids,  these two units are  among the most iconic units in 40k but because of changes to their own rules & the games rules these unit seldom make the table top. 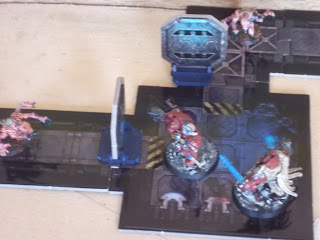 The picture above has geanstealers & terminators in the classic board game spacehulk, but outside of the spacehulk these two units really have taken a big fall from grace, so why was this & is there any hope for them in the future ?
To see what happened to these once great units of 40k we first need to go back to their hay day as it was, now I'm not going to go all the way back two when terminators had a 3+ sv on 2d6 no I think the tail end of 4th ed will be enough. 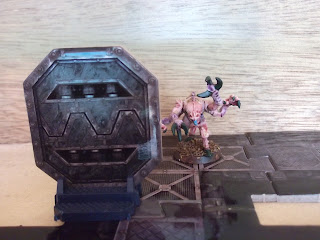 So why the tail end of 4th ed you might ask if you haven't been playing that long, well in them days the rules where kinder to these units then they are now.
We'll start with the stealer he took his first blow with the release of 5th ed & the change to the rending rule from been on a 6 to hit to been on the roll of a 6 to wound also going from a S+6 +d6 against vehicles to S+6+D3.
There was also the fact that you could no longer consolidate in to another assault which meant taking more bullets. 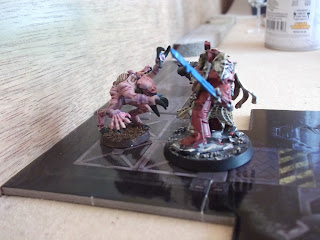 At this point the stealer was still usable, but the next nid dex was to make it even harder for him with the lost of grenades, the final blow was to come in with the release of 6th ed & the overwatch rule combined with not been able to assault from out flank.
So what about his sparing partner the space marine terminator, well the first blow for him was like the stealer  the change to the rending rule as a popular build for them at the end of of 4th ed was a 5 man squad with 2 assault cannons. 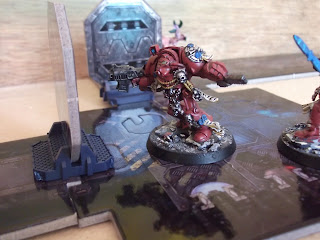 A new dex was to see the change in the rule from haven two heavy weapons in a five man squad to one, also in typical gw fashion the assault got a good price hike, this dex was also to give rise to his brother the assault terminator with the new 3++ storm shield the death blow for the shooting terminator.
Oddly enough with 6th ed been so shooting orientated  & a new dex on the way there could be hope for the shooting terminator if the unit was to get back the 2 heavy weapons in the five man squad, as for the stealers well sadly I thing its might be best for them to stay inside the spacehulk a little while longer. 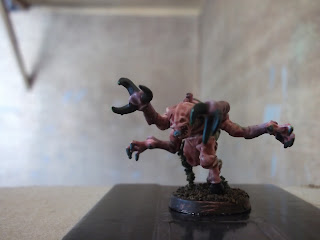