With the coming of 6th ed 40K GW seem to want us to be forging the narrative, but what does that mean exactly ?
Now this is not one of those if you don't play this way or that you're playing it wrong post as I believe that different type of people look for different things out of this hobby & what ever way you enjoy it is the right way. 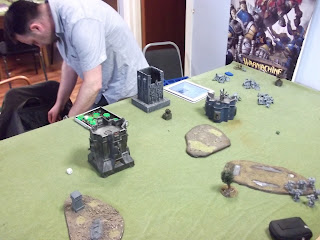 Now anyone that knows me knows that I love to play none standard games or the missions from the earlier forge world IA books where they gave you the army to use, in fact the pictures you'll see are from a game I played last week with was a mission from IA3. 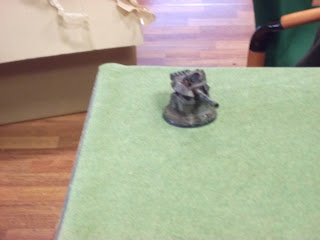 Anyway back to forging the narrative what is it that stops most players from doing this ? as from what I can see most people just play the missions from the rule book, but funnily enough as was the case in the 4th ed rule book (I'm talking about the big rule book here) there are other missions that people don't seem to use. 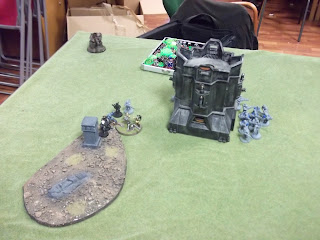 Now I understand that for a pick up game you can really only use the normal missions from the rule book or if your looking for a tournament type of game but ask yourself are all of the games you play one of the above ?. 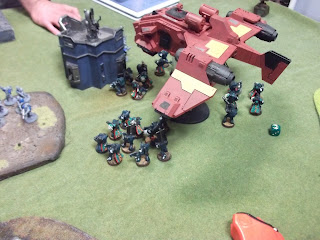 So what are the problems with stepping outside of the of the rulebook to play a game of 40k ? why is it that in the club I see players just playing the same missions over & over again, now if that what your happy doing well & good but if you'd like something a bit different why not try forging the narrative for your next game. 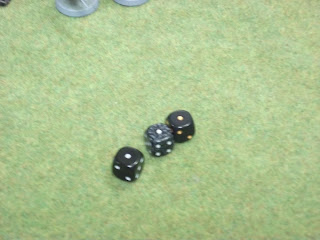 Right lets take a look at what we'd need to do to forge the narrative, well first off we need a bit of a story, this doesn't have to be a black library job it can be something as simple as out post 99 coming under attack & how they fought gallantry to buy enough time to send out a warning. 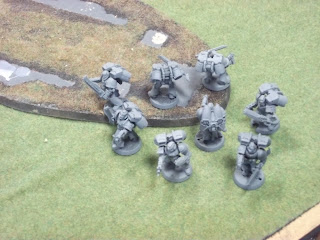 Right so that will be our story & your mission with one side trying to hold out for a certain amount of turns to send the warning against over whelming odds, but what about balance you say.
Well lets be honest here 40k may be a lot of things but balanced it is not, two top players with two top armies or two bad players with two bad armies might have a game that is close as you'll get to been balanced but even then it won't be completely balanced. 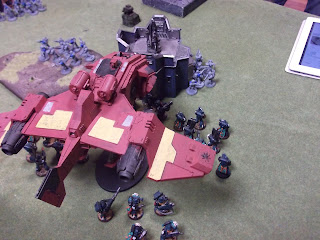 The game I played last week seen me using 40 marines against 40 guards & 3 gun emplacements, totally unbalanced yes but such was the design of the the mission that Ger still had two chances to win the game if he'd roll a 6 at the end of turn 5 or 6, 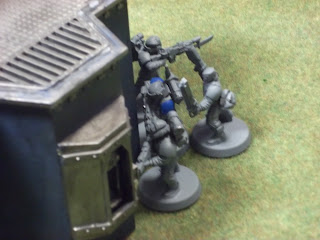 I've played many a game a game of 40K both in tournaments & friendly games in the club that I new I wouldn't win even before a dice was rolled, so balance is not really as big a problem as you might think & these type of games are more about how the game feels then who wins. 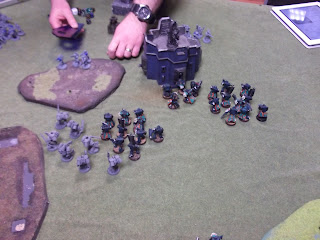 Of course these games don't even have to be unbalanced at all, here's a simple little way of doing a narrative style game using the nothing more then the basic missions in the rule book, the 138th have been completely cut off & are running short on supplies with the enemy trying to wipe them out.
So we'll play the game using objectives & killpoints with  a twist, we'll take the number of killpoints in the 138th army say 16 & divide it by 4 which will give us answer of 4 so we'll place 4 objectives with each objective worth 4 killpoints to the 138th but worth none to the other player. 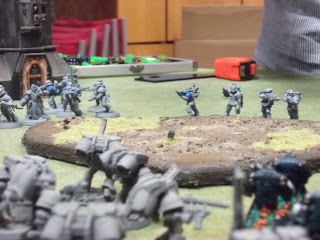 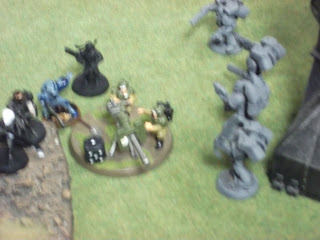 Another way to do it is this, we'll say Bill & Ted are going to be playing a game together next week so they ask Bob who is familiar with both their armies if he'd make up a mission for them for the next week, they could even go as far as asking him to do up the two army lists if they wanted, after all a general always has to go to war with the army he has not always the one he wants. 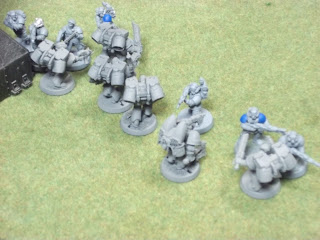 There are a couple of very important thing about stepping outside of the normal mission, one is keeping true to the narrative so build the armies to fit what your trying to do, after all a deathwing company are not likely to be manning a relay station. 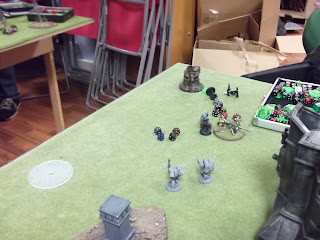 Another is the spirit of the game, I think this is some thing that is often misunderstood it doesn't mean that if your crushing you opponent that you should play a few bad turns or forget to shoot, but more this way the mission that Ger & myself played last week was for me to destroy a missile platform whit 30 of my marines arriving by a thunderhawk, now the only way I could destroy it was by assaulting it  using demo- charges(2 marines in the 2 tactical squads had demo charges) now if I'd land the thunderhawk right beside the platform & debus the marines next to it I don't think that would be in the spirit of the game. 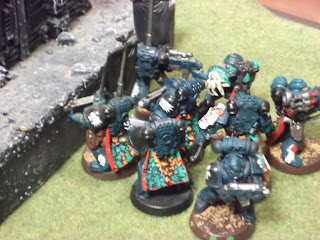 So like I said at the start if your happy enough just playing the basic missions in the rule book then that's fine, but if like me you like to step outside the box now & again then don't be afraid  to forge the narrative it really isn't all that hard.