Whats in a game

In my last two club nights I've played two completely different game's of 40k, the first one last Wednesday week was a FW mission the one last night was a standard 1850 pts out of the rule book 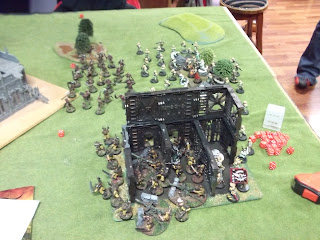 Now as I said different games, so lets have a look at them both to try to see what made them so different
We start with the first one I played the FW one, this mission was from IA3 the Taros campaign & is basically a marine assault mission. 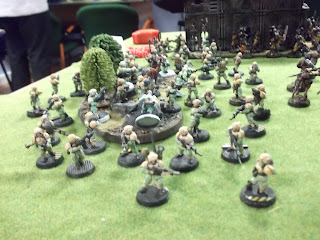 The idea is that the planet government have been caught dealing with the Tau & the marines are sent in to wipe them out, so you start with the defender setting up a small part of his forces which includes 5 government officials who the marines have to kill to win the game. 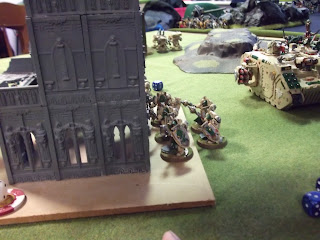 One of the things I though was great about IA missions was the fact that they use to give you the two army lists, sadly something that they have not done in the last couple of books.
After all a general always goes to war with the army he has not always with the army he would like, & FW really seem to capture the feel of these armies very well in the way they make the lists. 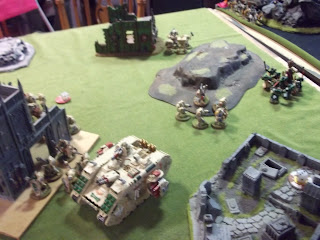 Free from haven to stick to the foc they can do cool things but always stay true to the feel of the army, the way they done it here was that your tactica squads & your assault squad went in combat squads but each 5 man squad had a drop pod plus you got a deathwind drop pod with a missile launchers 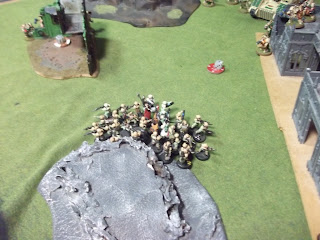 In total I'd put the whole army at about 1500pts in todays codex & the whole army came on in drop pods except for the terminators with the defenders using IG & Tau (FW always used allies) the guard deployed & the Tau went in reserve coming on from random table edges I've no idea on the points of this army but I think it might have been a bit more. 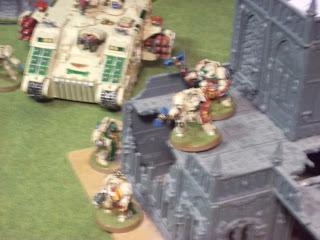 So Ger & myself played out an enjoyable game with what I'm sure you would agree if you have away to take a look at the book not your run of the mill armies, but for me that's a big part of the fun in these's games. 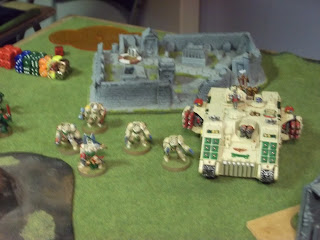 So now to last nights game with me using mixed bag of marines & guard v Alan'a lovely painted DA army, this game was more or less a game that would not be out of place ata tournament, with Alan playing nearly a full deathwing army (at lease its fluffy) of I think in total of about 35 marines. 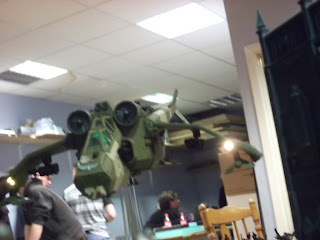 My army on the other hand had a model count of about 160 bodies (& was anything but fluffy) of which 20 of them where marines but still nearly this whole army had atsknf, so unlike in the other game this army nither felt right nor was true to anything except the laws of broken combo's. 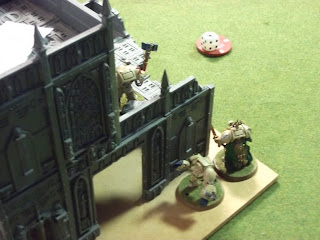 As we all know in books this is the type of things that deathwing would be more then able to wipe the floor with as I only have 5 marines 15 scouts & 140 guardsmen, but this isn't a book this it a game where I get 8 ig's with atsknf for 1 of Alans terminators. 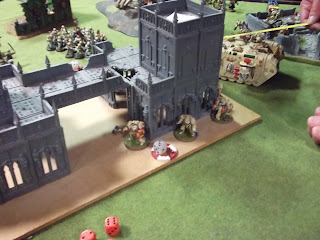 You see I'll play any type of a 40k game from a killteam to apoc & as I haven't worried about tournament play in years what I'll turn up with will depend on an idea I'm messing about with at the time 51 ig's & a libby teleporting a round the table is not with out it's fun even if it not really how they should be acting. 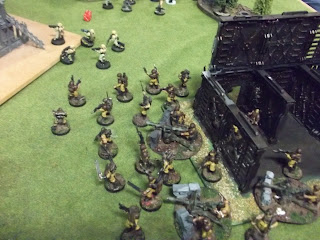 So Alan & myself as we always do had fun with our little men, but for myself I not sure on this big guard army so I think next time out I might cut back a bit on the body count I just don't seem to be able to find that nice little spot between my marines & ig's at the moment where it feels right & can fight the good fight. 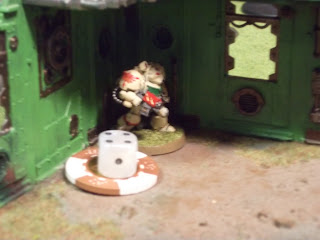 I think I might try them out with BA's the next time as I think there are a few nice combo's that could be fun to try out & might just have more of a right feel to it as that is some thing I like to try to get out of my armies,. 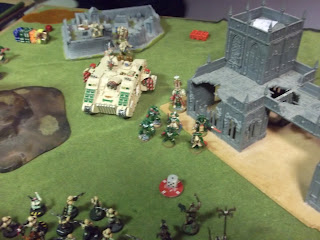 Hart & soul that what I like in my armies that & a hero or two now to find a couple & all will be right in the world, well for a while any way. 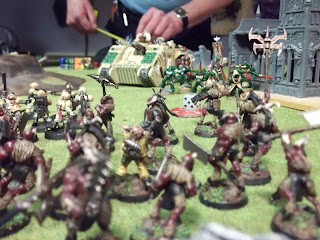 So what was the whole point of this post ? well I guest you could say that playing your standard game of 40K is sound but there's a lot more to 40K gaming then just playing out the missions in the rule book at 1850pts, with a little effort there are lots of other cool & fun ways to play. 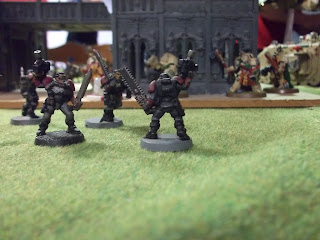 My thanks to Ger & Alan for two very differnt & enjoyable games the pictures where from my game with Alan sadly I've none from the game with Ger.