I was doing up an army list yesterday using ig with marines allies for my game last night, when I noticed a weapon choice that I don't think I've ever seen used in a game of 40k. 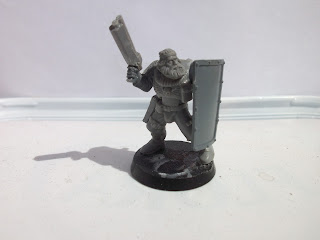 The weapon was an auxiliary grenade launcher & can be taken by a chapter master, honour guard squad or a captain, who it just so happens was was my hq choice for the marines.
I them went & made one cutting out a little track on the underside of a bolter & gluing in a little tube a simple enough little job when I've got it painted I'll stick it on a marine & give it a try. 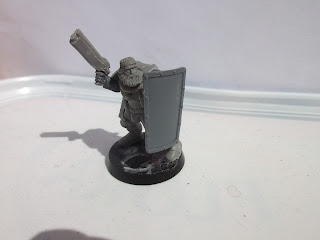 Now in the world of special characters the above units don't tend to get a look in so it really is no wonder that I never came across the auxiliary grenade launcher, but it did get thing why is it we tend to just see the same units used over & over again ? 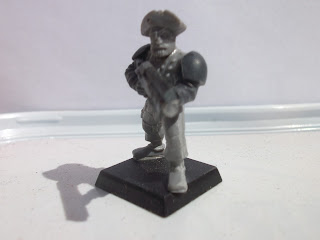 In tournaments I can understand this but why don't most people even when playing in a friendly game on a club night used the un likely hero's of their codex ?
Ok it could be that some people don't have all of the model's in the dex, but I know that in most cases that is not the reason. 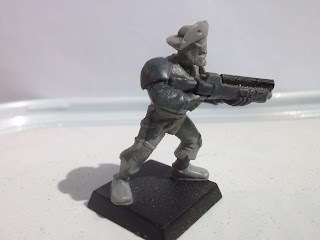 Is it just that from been told all the time that xyz are good & abc are bad, I mean these models where bought  made & in some cases even painted so why are they just parked on a shelf or put in a box & for gotten about ? 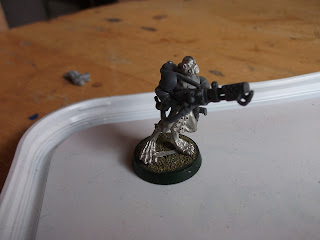 I think there are a few different reason for this to be honest & I think it might vary depending on the type of player you are, I explain I was chatting to one of the guys last night & he told me he could fill out every foc slot in the tau dex but I'd bet a pound to a penny that a lot of these units haven't seen action for a very long time. 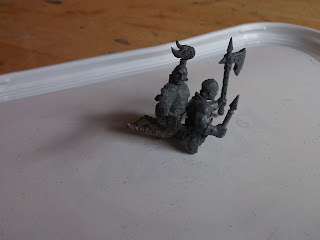 You see this fellow is the kind of guy that like to use powerful units in powerful armies & their is nothing wrong with that but its not the complete answer to the question as I know other players that are not like that but still have units that they never use. 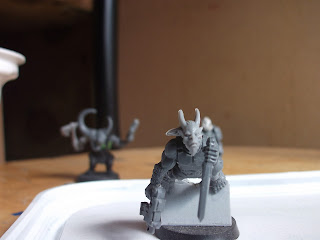 I think some times that a unit is just so bad that they really are nearly unplayable sad but true, some times it's habit people just get use to using xyz & don't think of anything else.
Even all of the reasons given above doesn't give us the answers, but what ever the reason I would recommend that every now again you get these units out & dust them off. 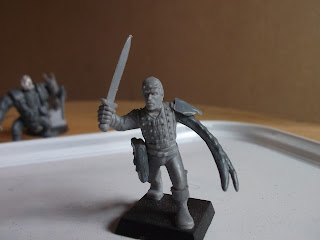 You might not win the game with them but some of them can be great fun to use none the less & if you do win with them then you've won on the double believe me I know.
The pictures are for different models I've made up that will some day get into one kind of game or another.
First is chief security officer Maxima Olsan, next is mad Willie he's the get off my porch boy kind of guy the others are just mutants that I will use as cultists, I've got about 20 of them I think I made them a long time ago.