Lord Inquisitor I'm please to inform you that the planet of Hasting Fall has being cleared of the force,s of chaos. 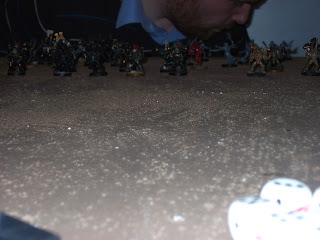 In what was a titanic battle the forces of chaos came at us from all sides pinning us back & treating to over run our lines & at the head of this assault was a fiercesome chaos Lord on a juggernaut of Khorne. 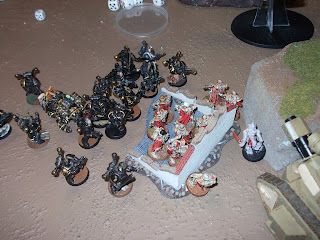 This assault was supported by fire from a defiler & a couple of havocs squad's, while some cultist backed up these units. The hellbrute at the vanguard of the assault was by some foul powers of the dark gods to soak up so much of our heavy firepower that we could do little to try to shut down the long range fire of the chaos heavy weapons, 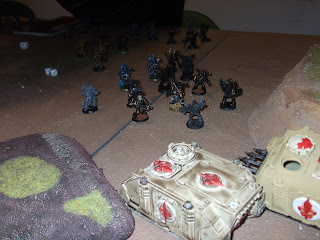 Cannoness Gabrielle & some of the battle sisters made a gallant attempt to brake through on one of the flanks but such was the of the chaos space marines attack that they had to abandon the attempted  out flank  to lend support to holding the line. 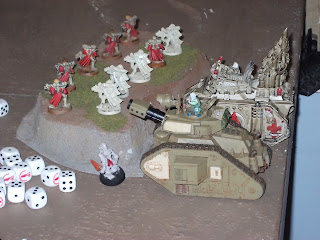 Time after time our glorious forces held them at bay, but each fresh assault took it toll with the left flank finely collapsing despite the heroic effort by the Imperial Guards. 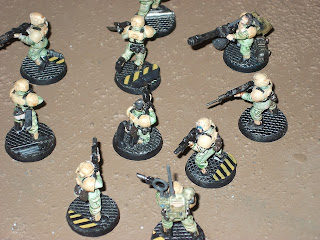 Some much need relief was to some to the aid of our force's from the skies,this aided by the death of the chaos Lord at the righteous hands of the Cannoness after he had had single handily butchered a squad of battle sisters. 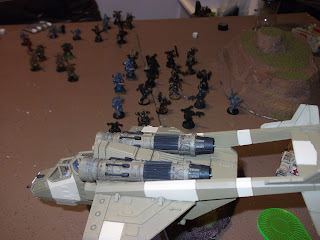 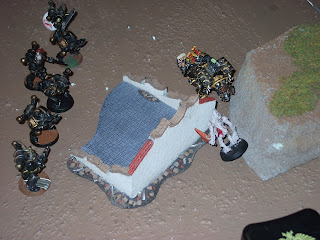 I was riding in one of the birds myself along with commissar Kozlov & a squad of ig's & apon reaching the enemy
lines our valkyrie went into hover mode enabling  us to disembark to reinforce the stormtroppers who had gravshooted into the heart of the enemy lines. 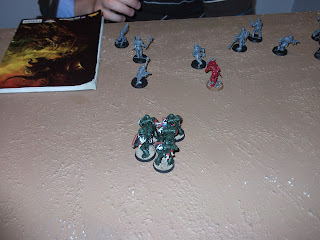 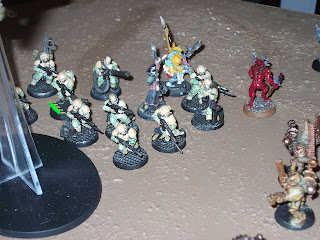 The fighting in both lines was horrific with the dead on both sides running into the thousands, but the glorious forces of the Holy Emperor (beloved by all) where to win through, with a sorcerer of the dark gods falling in hand to hand combat  with myself. 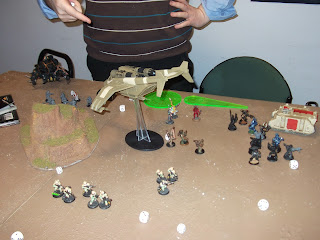 With there two leaders dead the chaos marines withdrew from the planet leaving the cultists to receive the Emperor's justice.

My thanks to Jamie for a very enjoyable game
Note the story may not always reflect the game which was won by Jamie so well done to him.
some more pictures below. 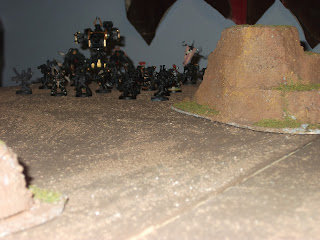 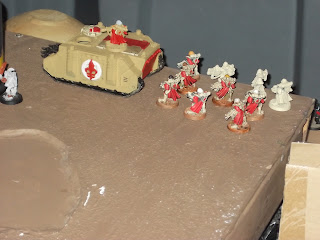 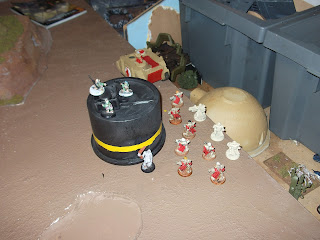 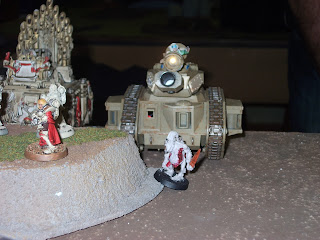 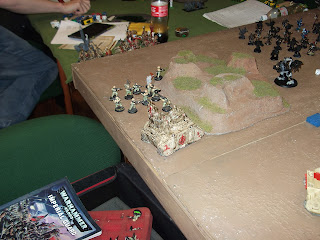 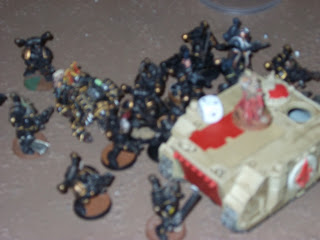 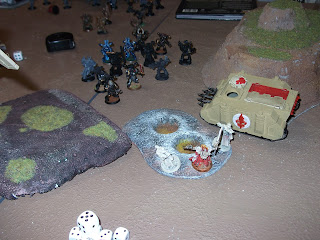