Wednesday night I played Greg in a game of the battle of Kursk which is a WW11 game similar to fow I think. 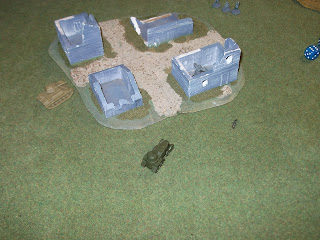 Now if I have my history right Kursk was the seen of the largest tank battle in the war, I seem to remember fondly reading a very enjoyable book in the way back when about a German tank regiment who took part in the battle & who if I remember correctly where happy to spend as much of their spare time as they could in the company of certain  kinds of young ladies. 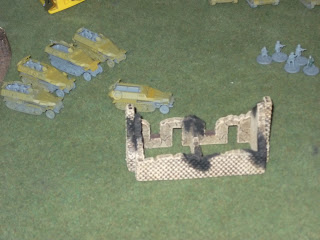 Any way there was to be no such luck for these guys on the table they were there to fight & die well kind of.
Now when I play fow I always play as the Germans, but Greg wanted to be them so I was the Russians, well they are his models so no arguments there. 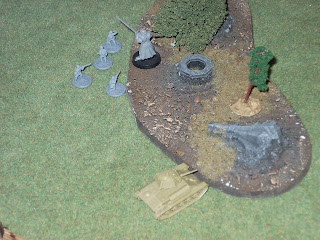 The game itself is although similar to fow is different enough that you know your playing a different game but one thing we did agree  on was that like fow this game would benefit from been played on a 8x6 table instead of a 6x4. 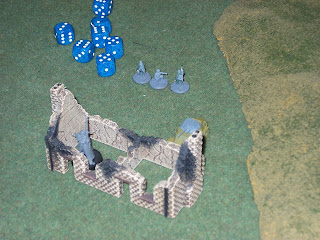 Don't get me wrong it does work on a table 6x4 but if like me you love the panoramic feel you get from the small models on the big table you'll know what I mean, plus the bigger table gives yu a bit more room to outflank & the likes. 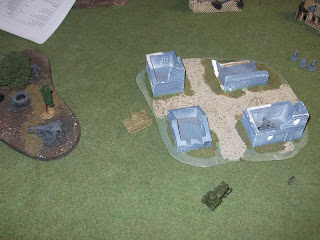 I don't know if you can buy the rulebook on its own or if you buy a set but for anyone that plays fow of war or like WW11 type of games you could do worse then spend a few bob on this game. 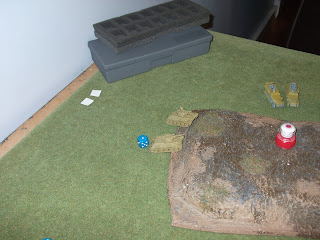 So what where we fighting over (did the Russians & the Germans need a reason) this mission had four objectives on the table with the player that held the most at the end of 6 turns the winner. 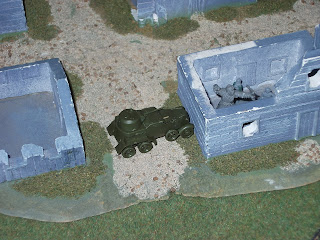 A nice little twist to this game is that when certain things happen you've got to take a little card from a pile with most of them been numbers & if you reach a certain number of points you will lose the game. 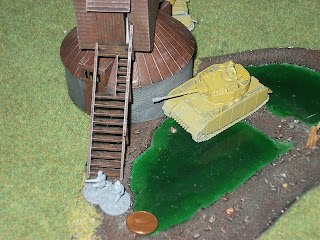 There are some that effect the game for example you might get one that would make one of the other players units run out of ammo. 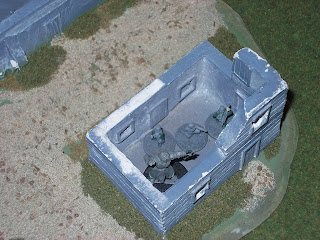 The game we played was to go down to the wire with me trying to rush some of the objectives held by Greg how had put nearly his whole on over watch. 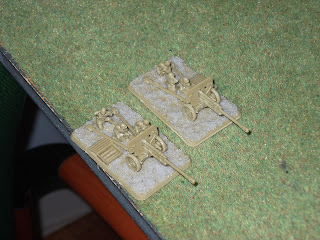 That reminds me another cool thing about this game is you have to use orders to get your units to do anything & as the amount of orders you can give is done randomly you roll 2d6 , this feature could however turn compensative type of players off as it really is a case of a couple of bad dice rolls for orders could be your undoing. 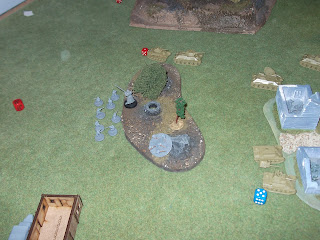 This game btw was not to be decided on bad orders however with Greg winning by playing a better game then me so well done to him also my thanks for an enjoyable couple of ours.

On a different note its my lovely little grand daughters birthday to day. 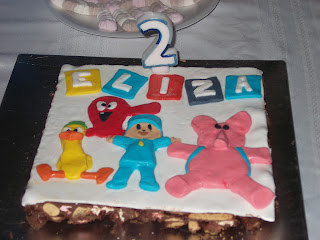 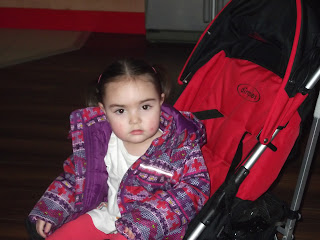