Spring time 1944 a small Russian village on the eastern front or something like that, I don't often play fow & i don't have any models for it either but what I do have is a mate that has. 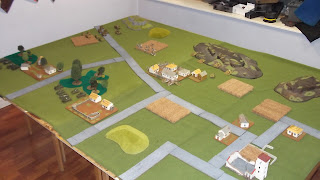 Darra was home for Christmas & when Darra's home I try to play a fow game with him so with him heading back tomorrow we where happily able to get a game in today.
Now when we play it's always on an 8x6 table & one of the things I really love about fow is how the 15mm scale combined with the big table gives you that panoramic feel that is next to impossible to create in 40k. 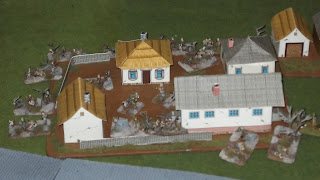 As always I was playing the Germans with Darra playing the red army, Darra really puts a lot of effort into model & is getting some great results, here's a link to his latest batch http://dakeryus-blogofwar.blogspot.ie/2012/12/pip-fow-fallschirmjager-in-winter.html. 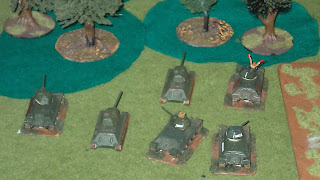 Another thing that I really enjoy about playing fow with Darra is that we play it in a very relaxed manner I'am not even sure how much we stick to the rules but we normal have a close game & it's always very enjoyable. 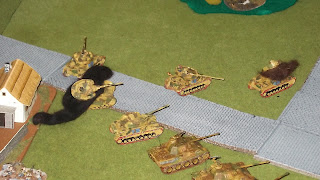 One of the hardest thing's I always find with playing the Germans V the Russians (apart from putting up with my crap dice rolling) is to not get the feeling of being over whelmed by how much more stuff the Russian player has. 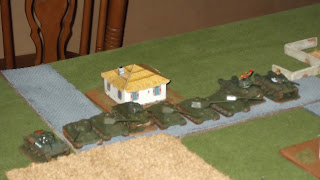 After the first couple of rounds any thought's of me winning this game where well & truly over & it looked liked it would be very much a case of history repeating it's self & even though we play fow in a very relaxed manner the one thing that you can be sure about Darra & myself is neither of us like to lose in any game to the other.
This no inch given or asked for was forged in many epic games of 40K between us across the length & breath of Ireland. 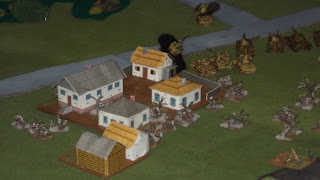 There is also the fact that when you don't play a game to often it can take you a while to adjust into it, now don't get me wrong I'm not trying to say I'm a great fow player I'm not even trying to say I'm a good one, but German tanks are a lot better then the Russian one's so if you can get them into the right places they can turn the game a round. 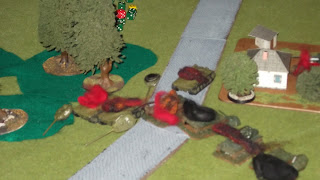 So it was that a couple of fun hours went by in the blink of an eye, but another great thing about haven a game of fow with Darra a part from playing a great game with all his fab models is that it give us a change to have a chat about modelling & how thing's are in life in general. 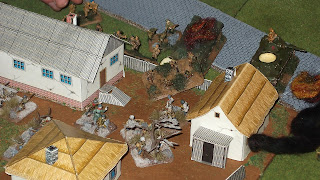 With the game coming to an end it was honours even so no lost pride on either side.
Fow is something I could see myself doing at some point down the line from a hobby point where I could pick a point in the war & spend a couple of years just recreating that battlefild with all the units that were there at that time. 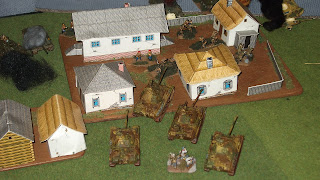 So I'll finish up by saying this   Danke mein Herr und eine sichere Heimreise.
Posted by Frank O Donnell at 1/03/2013