Ending the year with a big bang

We had an apocalypse game in the shop run by John (thanks mate) chaos v chaos & chaos it was but I'm jumping a head a bit, so where to start ?
Well with the players might be a good point so we'll start there. 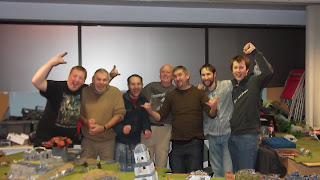 Above from left to right Colin, Frank, Ger, Alan, Darra, Adam & Pearce
Darra was a late comer to the game & was to be my team mate, I was running my Wordbearers with dark mechanicum, Darra was using my Varks renegade guards with my salamanders been the Alpha legion. 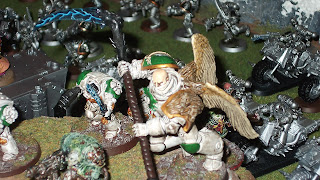 With Adam where Ger with a nugle space marine army & Colin who was using a lost & dammed Varks list. 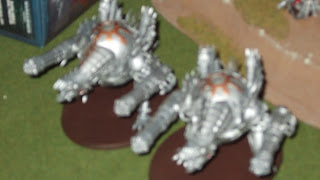 Looks like the Alpha legion aren't the only ones with twins 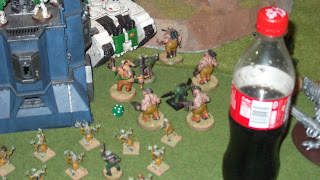 Some of the lost & dammed, I for one am glad to see Coke made it into the dark grim future
The other team was a farther & son affair with Alan playing Black legion. 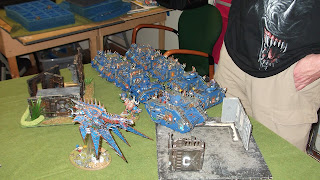 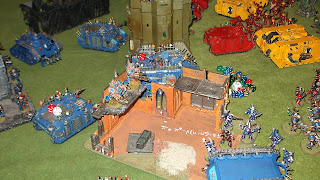 I know they where red pre- heresy not sure about the yellow doh well they are Tzeentch after all.

The object of the game was 9 little discs of Tzeentch which the other two teams had to destroy & Darra & myself had to despoil, but this is dgg style apocalypse & things are never what they seem. 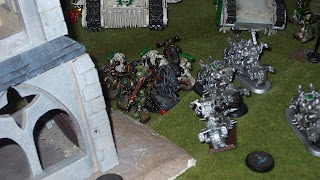 Ger closes in on one of the discs while my dark Magos fights the Deathguard. 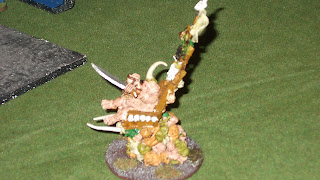 One of only three Epidemius who took of the battlefield, but there was a nice twist to the tally rule with the nugle player who killed the most the turn before haven the tally so as Colin's Epidemius was the first to die guest who keeped killing the most things on there team. 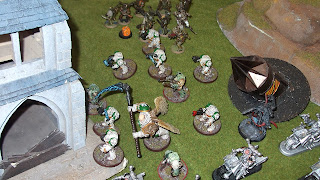 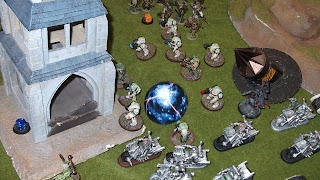 My grand plans for Mortarian are undone by a rule technicality who would believe a small monstrous creature couldn't go in a mole so he came back to hide in the building for the next turns.
The one thing I learned from this game was why he was called the long lived. 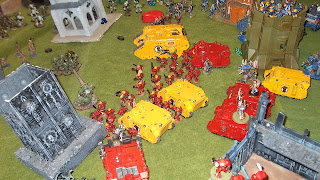 Haven made a deal with with Alan & Pearce that we would help them to kill the nugle players I then turned on them, this was to set the stage as th how the rest of the game would develop. 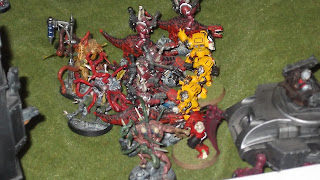 The turning as my bikers & spawns attack the T-sons. 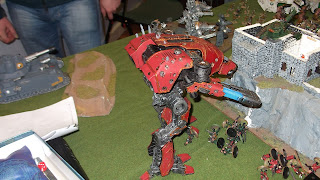 Colin's titan has nothing to fear or has it, this was to become the first of the two titan's the Wordbearers would destroy & become the first thing to go nuke in many a game as Colin insisted in rolling for it as it was his titan. 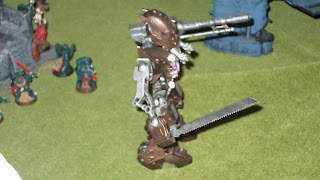 The other one my Knight titan maybe not as pretty as Colins but I like it but that was not enough to stop my Wordbearers from killing it, at first when I said it to John he wasn't having it until I explained it wasn't in the Wordbearers army only an allied. 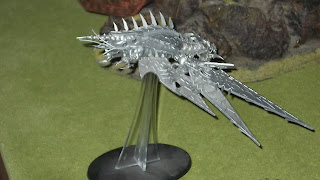 As I said earlier this game was to turn into utter chaos with each member of each team turning on each other in true chaos fashion all that was except Alan who funnily enough was to end up winning the  game, but enough of that for now back to the important stuff of back stabing. 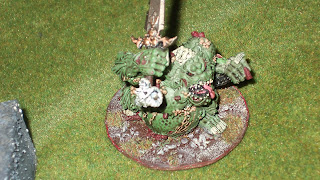 Darra had earlier parked a landraider on one of the objective we had despoiled & is my want I'd attacked the landraider with my blood slaughterer & being me hadn't even chipped the paintwork. 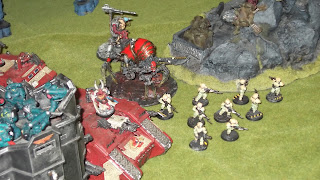 Oh to my shame me the great betrayer was to be betrayed as Darra move a beastman into contract with the objective & turned it to khorne claiming it for himself, at this stage of the game all hell had broke out but I was to have my last laugh as I was to tank shock Mortarian just as Pearce had lined him up for Ahriman to hit him with a vortex grenade. 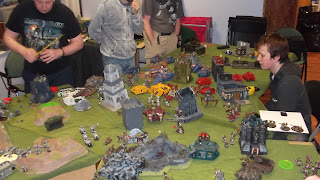 Pearce has to sit down I spoil his plan with oddly enough the game ending with the Wordbearers saving Mortarian after trying so hard to kill him at the start. 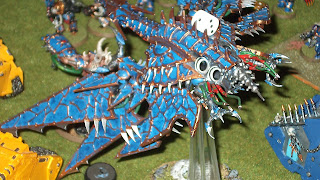 So a very big thanks to John & my fellow players for a fun day's gaming I look forward to the next one.
So I'll finish by wishing anyone who reads this a happy newyear some more pictures below. 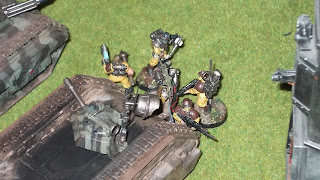 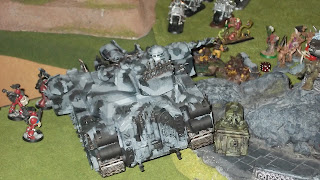 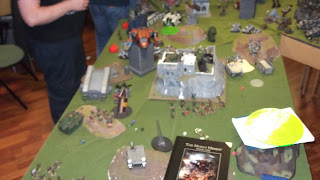 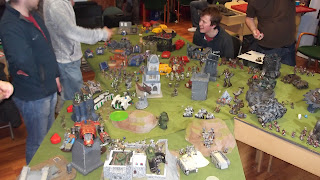 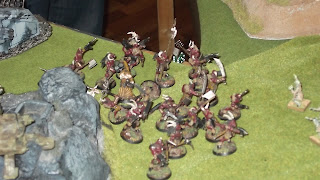 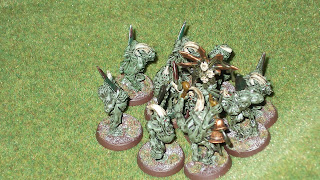 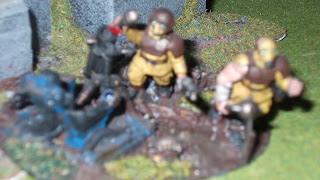 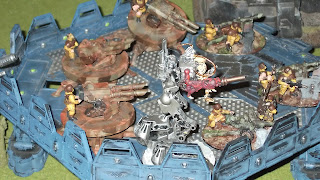 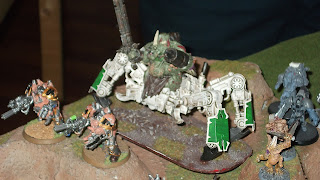