Haven't been joined  in are mission by the forces of the Titan & the Adepta Sororitas of the Black Rose Convent we quickly cleansed Ozial-Hinlum of chaos forces,
forcing the band of Iornwarriors to flee the planet we then round up those of the population that had falling from the Emperors light. 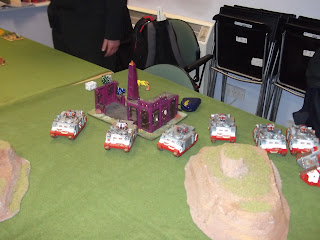 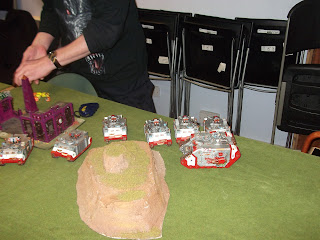 Upon completing this most holy work I received a massage from the Brother Captain in charge of the Grey Knight forces informing me to return to the Divine Light while they set about the purging for the inducted Imperial Guard forces that had accompanied me on this mission (as is their way). 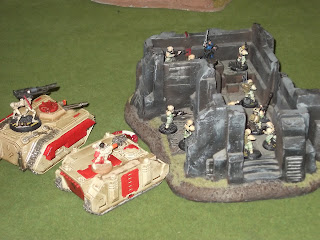 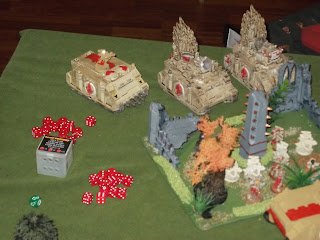 I sent a reply stating that any suchact would be viewed as a act of war & would be meet with all the force the sisters of the Black Rose & my small number of Imperial guard could muster.
Their reply was short & simple & read "May the Emperor receive your souls" 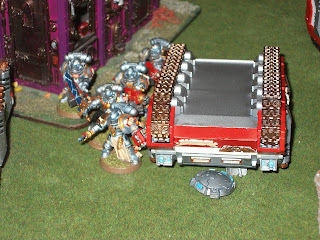 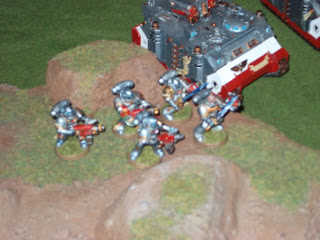 So Canoness Gabrielle, Lord Commissar Kozlov & myself set about drawing up a battle plan, I know these Knights are believed to be the fines Marines that the Emperor (Beloved by all) ever created, but to me they are psykers one & all & therefore not to be trusted. 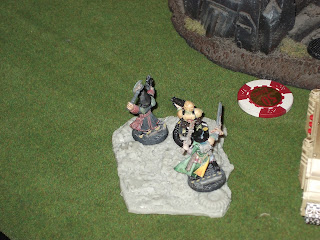 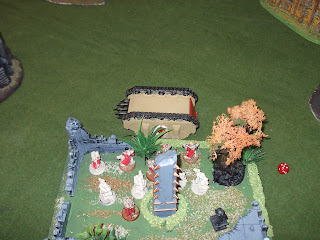 The plan was to use the classic pincher tactic drawing them on to us while, at the same time sending squads out to work around their flanks.
Commissar Kozlov, the IG & myself would would hold the middle ground supported by a couple of exorcist tanks & a full retributor squad of the Black Rose. 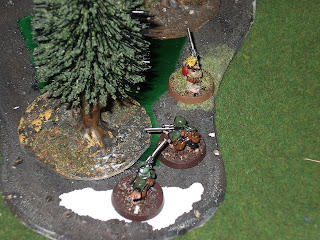 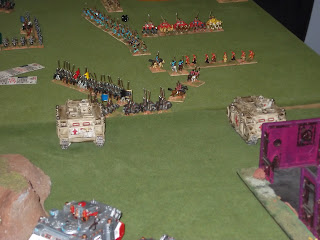 Believing in their own invincibility the forces of Titan came straight for us as we believed they would & despite taken some heavy loses we stood strong to buy the time
needed for our comrades  to work around the sides & start to squeeze them into killing lanes. 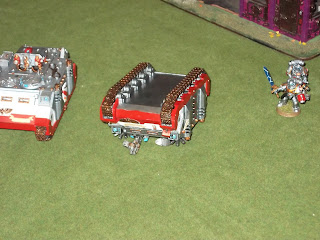 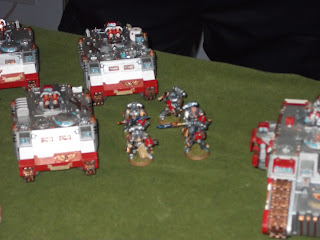 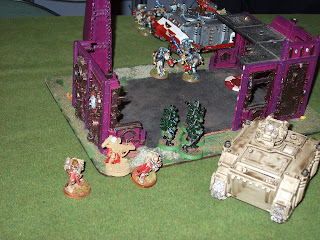 Needless to say we where hard put to beat back such might warriors but as my report bears witness to we were successful but not with out our losses among those badly injured in the fighting where Canoness Gabrielle, Lord Commissar Kozlov & platoon Commander Alselinus, among the dead a brave squad of Stromtroopers
who dropped right into the hart of the battle to help turn the tied. 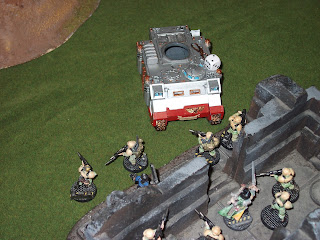 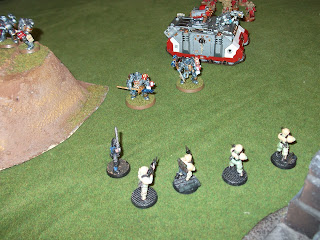 signed Inquisitor V Price
Inquisitor V Price gained an extra 13 ep's from this game I'll be updating his profile before his next outing.
My thanks to Alan for a great game, some more photo's belowe. 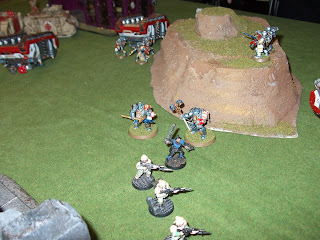 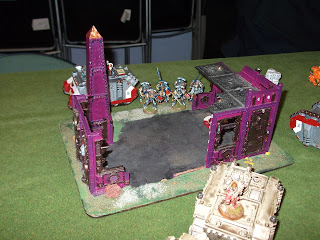 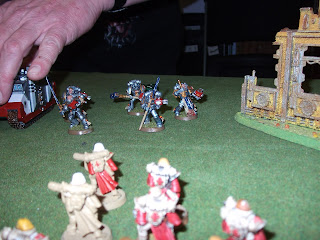 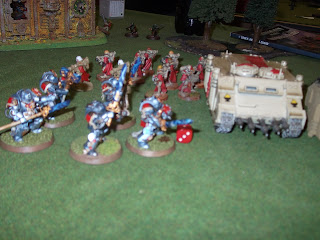 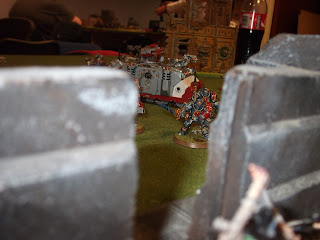 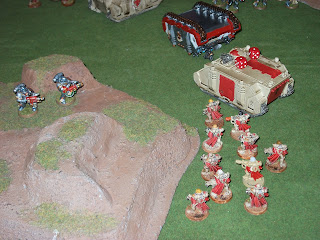