Of late I seem to have gotten an addiction for Inquisitors & henchmen & at this moment in time I'm the owner of three Inquisitors with the intentions of adding more. 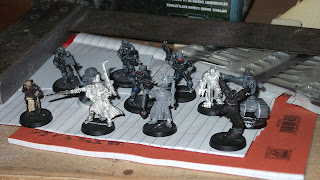 Now there are a few things about the Inquisition that appeal to me & have for a very long time, but one of the reasons I held off was that one of the lads I use to play a lot played daemons hunters & all ways used an Inquisitor 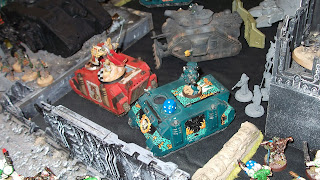 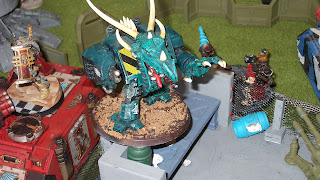 Admittedly he only ever used the one Hector  Rex, but many an apoc game was set up using this Inquisitor & his trusty henchmen & many a good story building up to & after the game was made up which to me is half the fun.

So with lots of people playing GK's you'd  think that their be lots of stand in's but sadly their only ever one Inquisitor in use these's day's & most of the people that play GK's only use him for one reason. 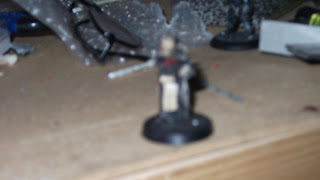 Anyway back to why I want to be using Inquisitors & their henchmen, well the first reason is they make good characters for making up stories for games, this is important for me.
Secondly one of the things I really love about this hobby is doing conversions & with the henchmen you can make & use all sort of silly things. 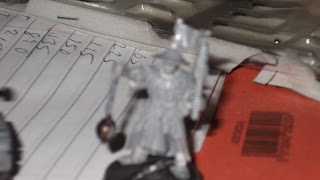 As well as some really cool things. 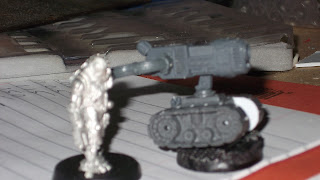 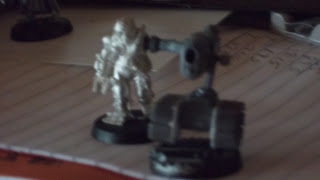 Then when it come to painting these things it's unlike painting other armies where their uniform & you paint lot's of the same things the same colour. 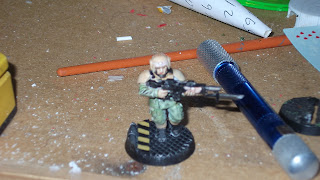 He's a test model for some guards I'm making up & will be painting to tie in with my SOB army & my Inquisitors, for a change I'm doing a completely different style of base think ship corridors that kind of thing. 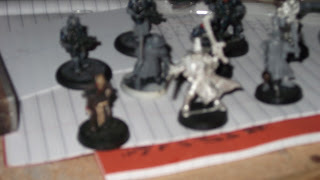 Even without any conversions the models for the Inquisitors themselves & their retinue are some of the best  & some for the cools models  GW have ever done imo, 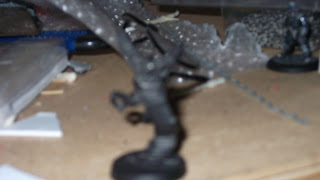 Now tbh I believe that an Inquisitor & his retinue should be a HQ choice for any imperial army & as I'm not into trying to win tournaments I don't worry about using an army that is not legal as forging a narrative is more important to me these days.

So going forward the plan is to have maybe as many as six inquisitors complete with their own set of henchmen & hopeful create good stories for them through game's & for game's as well.

Closing note sorry about the quality of some of the photo's .