Its not often I play anything other then 40K, but I like to play Greg & as he doesn't play 40K any more if I want to play him it has got to be something else.
This time it was tomorrow's war a game by Ambush Alley Games who also do a present day version of the game called enduring freedom set in Afghanistan between 2001-2010. 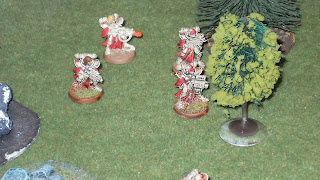 Now I think this game is meant to be played using 15mm models but as Greg had some 28mm models he wanted a reason to get painted up we we went at that scale instead, with me using my SoB's.
Now like I said I don't often play anything else but playing other games has it's advantage's, it can be a nice change of pace & one of the things I really think is good about this game if it's a game you don't play to often is that the mission gives you the army list's so that create's  a balance. 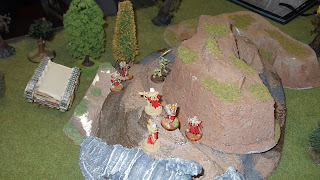 ( I only remembered the photo's half way through the game )
Another good thing I like about this game is there is no set number of turns so you don't get someone hanging on until the game ends. 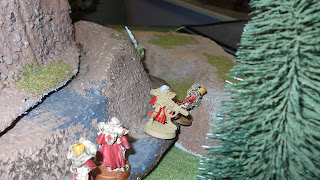 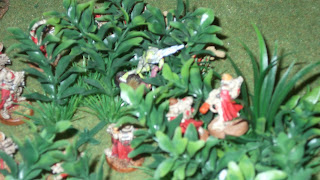 Greg's last model is in there somewhere I promise, & as always with Greg I had an enjoyable few hours gaming, so if you get a chance I'd say give this game a try.

Next up is a game of 40K I had with Adam ( I only got one picture before the battery died ) but it was Adam playing csm & ork's against my sob & ig's, haven more or less played nids since 6th ed started I was looking forward to finely  getting to use allies. 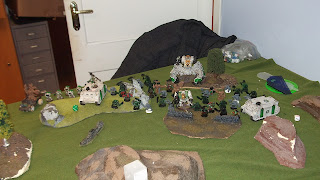 Now I know ig are popular as allies at the moment but what I'm after is trying to make a Inquisition feel to my army, so I took a psyker prime (using an Inquisitor model ) a platoon command squad two infantry squads & a small 5 man Stromtrooper squad coming in at just over 300pts leaving 1550pts for sisters. 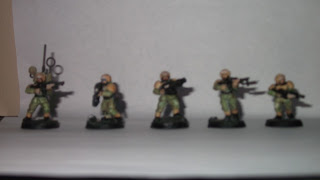 Now with a colour picked that I was happy to go with I've started yo do some work on the guards that have been lying about for about 18 months or so, I really do have to much stuff but don't we all ? 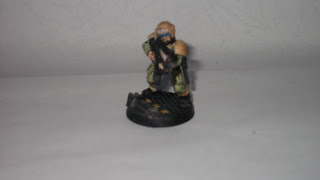 My platoon commander I gave a bolter as I thing it a good way for making him stand out but different from what a lot of people kit theirs out with plus it's only 2 pts. 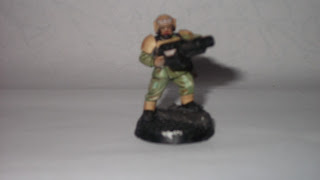 I also had a grenade luncher & a vox-caster so all in all cheap & cheerful. 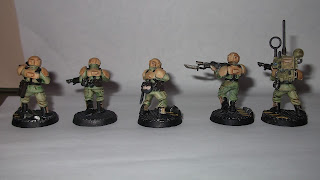 I also want to try to do something a bit different with my heavy weapons guy's in the infantry squads to try to make them seem more mobile. 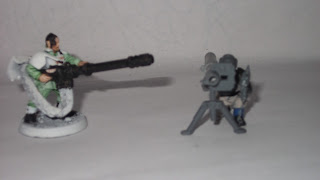 Been a big alien's fan I just couldn't help myself with the autocannon. 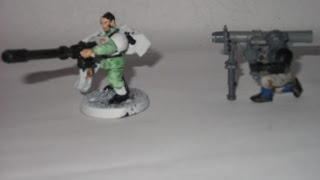 Then there are the stormtroopers these are metal & will be getting striped down & repainted but for now at leased their painted. 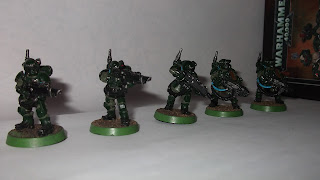 So what I could say was my first time using allies is I found it to be very enjoyable & worker well in giving me the feel to the army I'm looking for.