Down by the river

I've been working away behind the scene's on a couple of different thing's, but one has come to completion so lets have a look shall we ? first I'd like to point something out & that is you've got to spend a lot of time doing this. 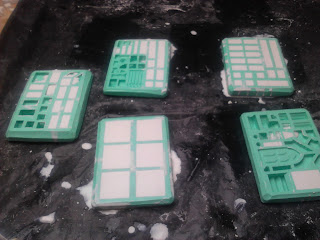 To get a little time doing this. 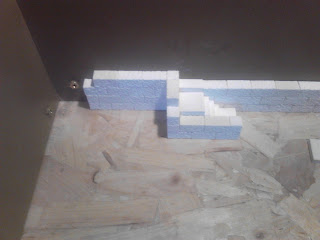 Then you'll end up with this, worth it ? I think so, now I didn't want to spend for ever painting this stuff which would mean a lot of dry brushing, so I just went for a yellow primer from Halfords & the dark tone dip I think it's army painter that does it, but if you want to know for sure then just ask in the comments. 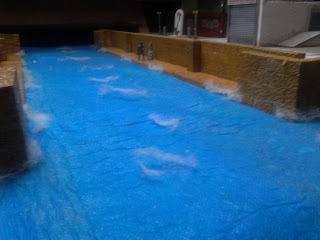 Rivers sides are something that show up a lot in movie's & books & yet I don't see a lot of it in games, sure you'll see a river on a gaming table but a lot of the time it will have little effect on the game it's self. 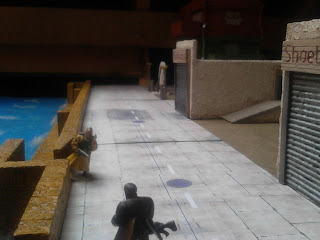 What I was trying for was a set up that can be a big part in the game, Johnny the Slug turned & fired at his pursuer before dashing down the flight of steps to the river towpath, Stan on reaching the steps decided not to follow him down but instead stayed on the upper level until he came up a long side him if above him. 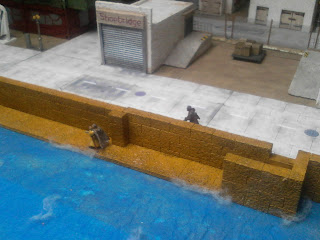 Now how is the river playing a part in this Frank you ask ? Answer no part at all tbh but because of the way the river is at a lower level we can play out the scene in a cinematic way :-) 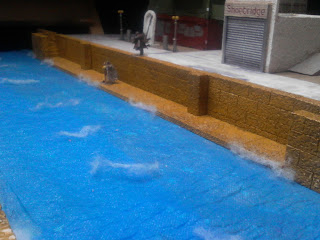 Timing his jump to perfection he leaped down on to the lowlife  below bring him to the ground & sending the gun flying from his hand, with lightning reflex's Stan was back on his feet in a flash dragging the criminal to his before sending a quick short jab into his mid-section "that'll take some of the wind out of your sail's" he said "come on your nicked". 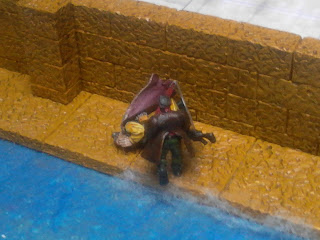 Or even if you just want a romantic couple taking a moonlight walk along the banks, the riverside setting is a useful thing & adding a bridge or two adds a whole new dimension, something I will be doing but that will be another post. 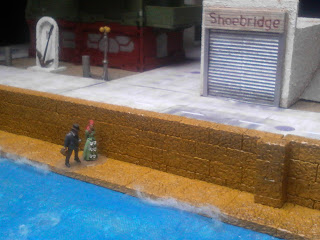 Well that's it for this post as always my thanks for dropping in & if you'd care to leave a comment it would be welcomed.
Posted by Frank O Donnell at 12/14/2016