Tricol, Alex's gets a lead

A lot of strange things had been shown up on the black -market lately & Marshal Alex wanted to know where it was coming from, it was well known that there had once been an advanced race in the Tricol system but they had been gone long before the first star-ships arrived via the wormhole & as it was hoped that the way back out might be found in their technology all archaeology could only be carried out by the authorities. 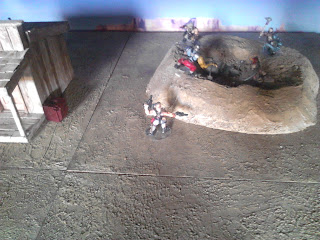 With Tect-priest Darrow & his Daughter still missing it appears as if someone is going to a lot of forbidden effort & Alex could understand why, for the person who can find the way of getting the warp-engines to work would become the most powerful person in the system, the stuff that was turning up was not what was been looked for & so was sold off on the black-market to the well to do who wanted to impress their friends with their new toys. 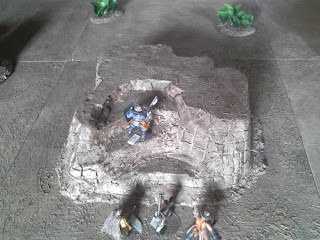 But Alex's had been putting the heat on a lot of the under-world scum & got a lead that pointed to the harsh-lands, so leaving the transport a couple of km's back they arrived at the site just after sunrise, the men she had with her she'd hand picked for the job as to many of her plans of late seemed to be reaching the wrong ears before they where carried out. 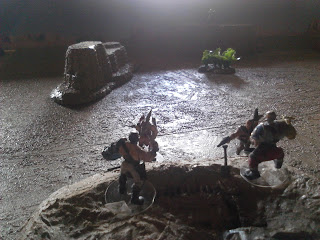 Agent De Vayne breast the top of the hill but is spotted the element of surprise is lost. 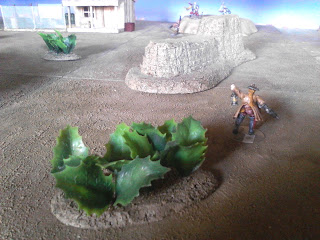 Alex heads over to the right while Zerbe goes left. 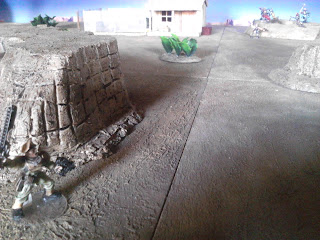 Gleason stays centre to ad his fire-power to De Vayne in the hope of keeping the gang pinned. 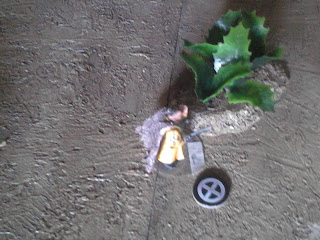 The gang is well armed & the law enforces are having a hard time of it, but justice will be done (they hope). 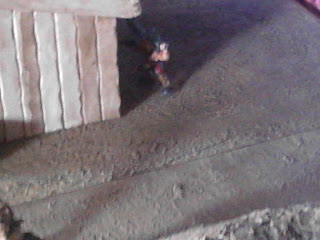 The guy who seems to be in charge runs behind the building. 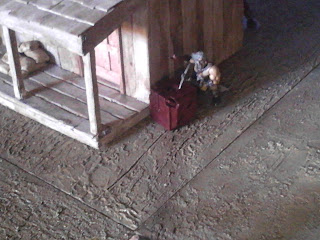 While another takes cover behind a create. 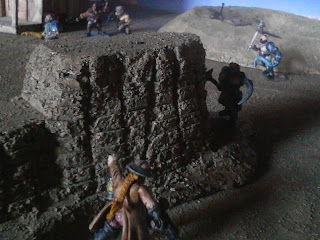 Alex's has work her way forward & is about to let lose on one of the gang. 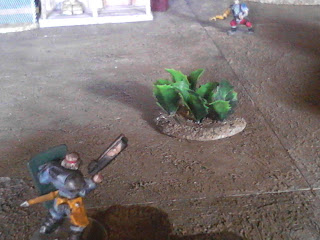 De Vayne from his high point shoots at a gang member who tries to rush across to where Zerbe is. 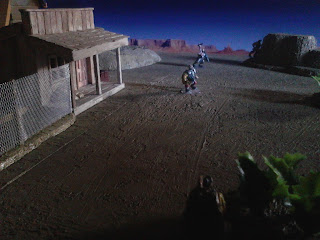 Zerbe also opens up on him stopping him in his tracks. 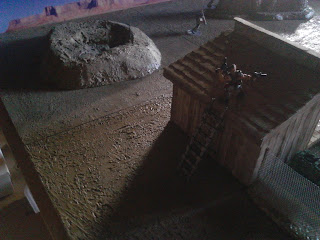 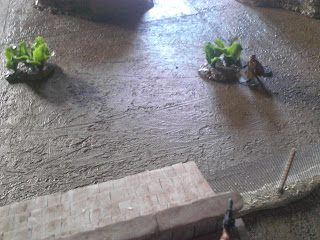 and now has a great vantage point over Zerbe. 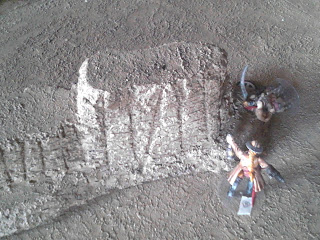 Alex takes down one of the gang, who never seen her coming. 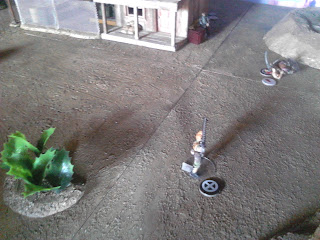 Gleason rushes to the foe taking out another gang member. 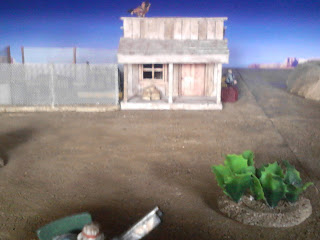 De Vayne reacts to help out Zebre, but something flickers around the gang leader just after he pulls the trigger. 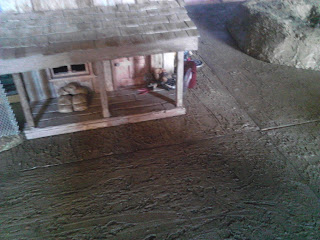 Another gang member goes down & it looking like justice will indeed be done this day. 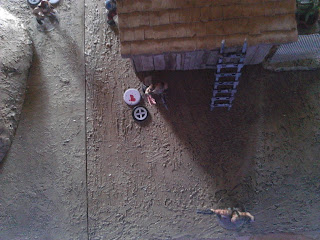 Figuring the game is up the gang leader makes a run for it. 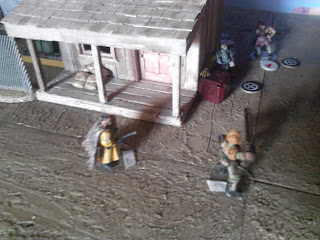 While the law enforces close in & 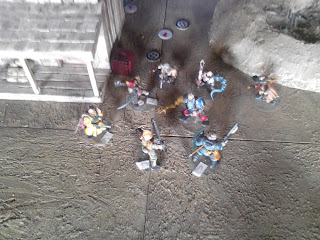 round up the rest of the gang, you did well gentlemen & my thanks says Alex but her can't help feeling disappointed that the leader got away this lot don't look as if they know their own names.
Still they be questioned just the same & who knows something might be learned.

Designers note, I was trying out a hybrid set of rules & as I'd everything set up thought I do a few pictures & then when I'd finished though I might as well do up a little story based on how things had gone & do a post & I've got to say am happy with how it all turned out.

It was also the first time I've used a backdrop & I don't know about you guys but I think it work out well, anyway that's it for me I hope you enjoyed it & as always my thanks for dropping in & if you'd care to leave a comment it would be welcomed.