To the Reich High Command, it is with a heavy heart that I send this report  with our beloved  leader Otto Fulkner dead, but we all must do our duty as he always said.

With so much blood spilt in this the bloodiest of  campaign's it was only a matter of time before such a manifestation would take place. 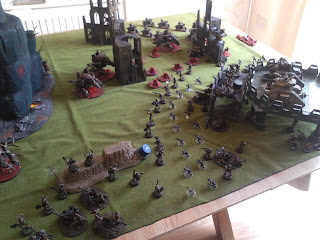 Just as we where getting ready for the finial push to bring victory to the glorious Reich we where set upon by the minions of the blood god, who lay wast to all of our Commander's brilliant plan's that had taken us so far in this war, so cruel a faith that in this what should have been his finest hour such a great hero should fall, but he did not go down with out a fight & it is only from his genius that any are left to send this report. 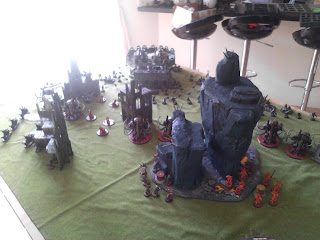 For what seem like a life time we gave battle to this unnatural foe, but how does one defeat a foe who's only intent is death be it his enemies or his own forces it is all blood to the blood god, we now regroup & await further orders.

For the last time Schwarzbar out. 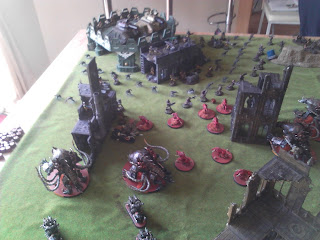 Designers note, Not such a big battle report this time but that is in no way a reflection on the game which was a blast, but before I go on I like to thank Will over at http://govgensectorsix.blogspot.ie/ for letting me take part in the campaign to shape the further of sector six, sadly if it turns out the Reich was victorious our hero Otto Fulkner will get to be apart of the new order, but I'm sure there will be a monument to him somewhere. 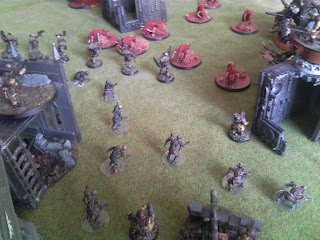 As you know dear reader this was a bit of a return game for me to 40K & if you've read the last couple of posts you know I was been torn as to what to field, well in the end I went with a combo from IA 13 & formations & am glad I did so as I felt this lead to me playing a very enjoyable army as you get to take part in every phase of the game & the summoning of daemons gave me the assault element that I miss when playing guard. 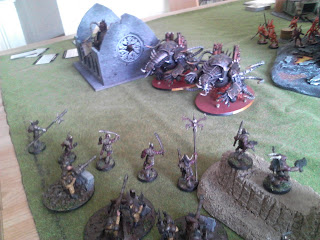 I feel the learning curve on getting the best out of this army will be high which is good imo but if I can master it I think it will be an army that might be able to hold it's own for the most part, so I'm back in the world of 40K apocalypse & talking of apocalypse I've just noticed my deployment was illegal so I guess I really do have a lot to relearn, sorry Doc 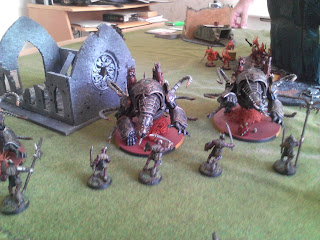 Well I'll leave it at that for this post, but before I go my thanks & a well done to the Doc (I hope you can live with yourself killing such a fine hero as Otto) my thanks once again to Will & as always my thanks to you for dropping in & if you'd care to leave a comment it would be welcomed, oh sorry about not having to many pictures as I to busy try to win a war lol 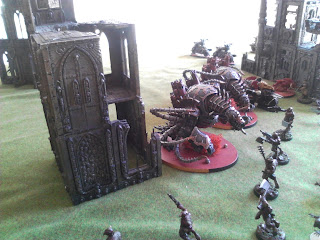 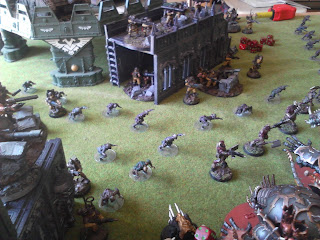 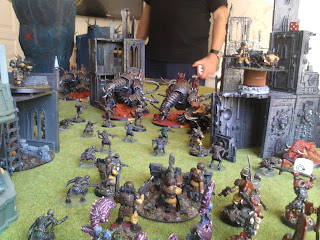