IA 13 is I believe to renegade guard players what the 3.5 chaos space marine was to CSM players, now by that I don't mean it has the same power level as the much beloved dex did, but like it it gives you endless modelling opportunities & it's a fun book to use as well. 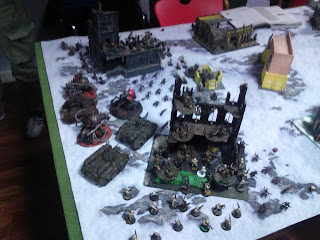 Something that FW do a lot better then GW imho is capture the feel of armies a lot better & why GW couldn't take a leaf out of their book (forgive the pun) is just beyond me to be honest, anyway I don't want to go on a rant so we'll leave it at that, but what I'd like to do is try to get across to you dear reader just what I love about this book. 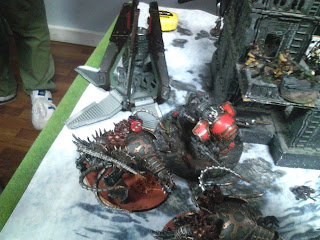 The one downside to the book is it's like IA 1 & 2 in that it doesn't have any store like IA 3 to 12, but that apart is a wonderful book with a lot of details & a wonderful army list for those that have turned to chaos for a better tomorrow. 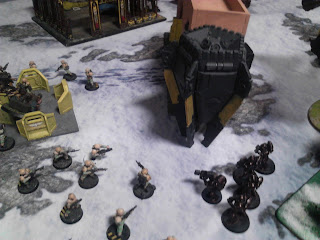 What this book does very cleverly is force you to build your army in the right way, what do I mean by that ? well the first thing you got to remember is this is not really a guard army although you could play it as one you would be handy capping yourself as a guard army plays a lot better as a guard army using their codex, stuff like orders, priest, vendetta's you won't get in IA13. 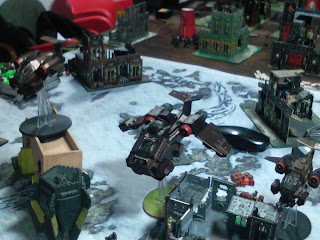 You'll get instead a mix & a flavour that will in a lot of ways come from your warlord & what god he has devoted himself to as it should be right ? With the different marks unlocking different options apart from that the units can take marks to gain benefit's which adds more flavour. 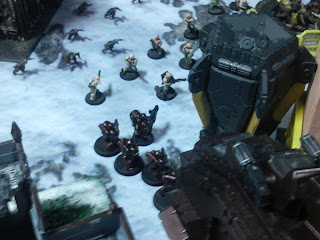 As I said earlier FW have been clever in how they went about things , sure you can have things like vets, you'll get 5 for 35pts & after that their 10pts a model, so squad of 10 would cost you 85pts that 25pts more then the guard dax, but like I said FW where clever as this is not meant to be a army made up of vets but instead a gag bag bunch that have sold their soul for the hope of something better. 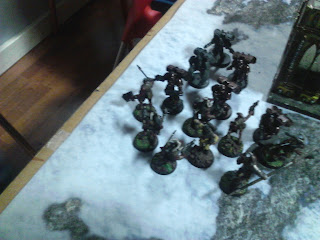 With lots of verity and lots of modelling opportunities I see myself getting a lot of mileage out of IA13 & a lot of fun, when I first used this book I was nearing the stage of leaving 40K & although I could see that the book had a lot to offer I just couldn't really embrace it in the way I have this time round. 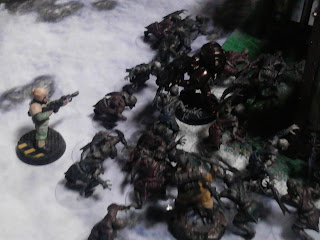 I'll leave it at that for this post, the picture's are from my game in the club the other night against Ger, so my thanks to him & as always my thanks to you for dropping in & if you'd like to leave a comment it would be welcome. :-) 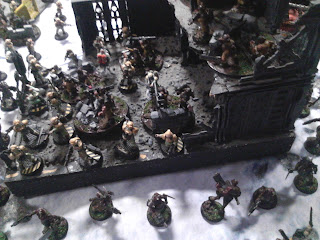 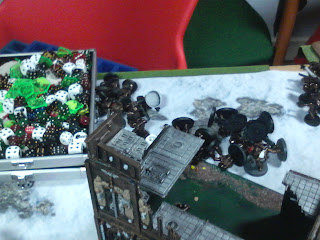 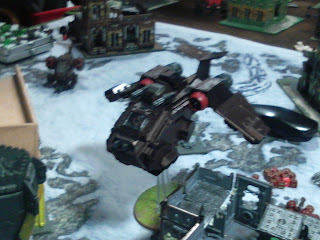 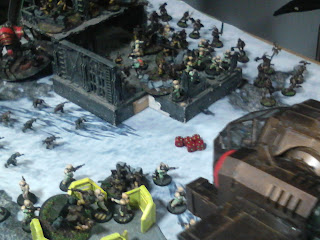 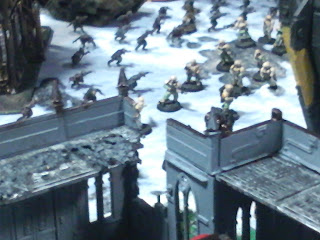 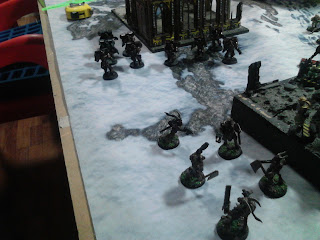 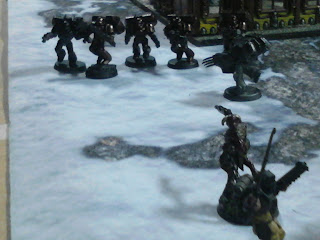 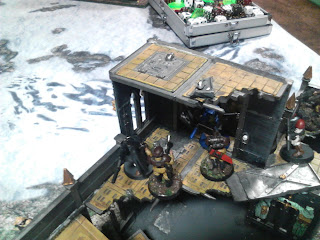 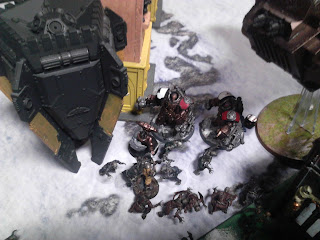 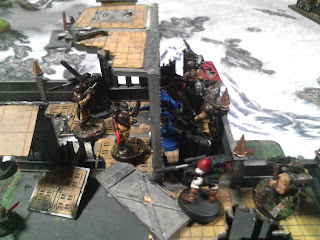