A week & a day since the attack on Dunmarn & Governor Jardine addresses the house on the findings.

My fellow Senators late yesterday High Marshal Ulberexis delivered to me a report on the happenings at Dunmarn & I'm afraid it makes very unsettling reading & although we are still no wiser as to the reason for the attack by members of the beastmen race on the small town of Dunmarn, some of the findings are both alarming & frighten.

But before we get to that I would like to once again offer my condolences to the folk of Dunmarn for their lost & to reassure them that we will do all we can to try to bring those responsible to justices for this terrible crime.

There are two big points of this report & they are like I've already said both alarming & frighten, first is the fact that some of the firearms that we've recovered that where used by the beastmen in the attack are not the kind permitted for use by citizen, but even more worrying then that is these firearms do not show up on any for our records, in other words it would appear that these weapons where illegally produced.

Waiting a few moments for the murmurs in the house to die down before continuing Governor Jardine took a small sip of water.

Next is the result from a post-mortem that was carried out on a beastmen who was killed in the fighting, as the post-mortem results show that there was some very strange & as yet unknown narcotics found in the victims blood-stream, from what is known of the narcotics that have been identified it is believed that these would have heighten the levels of aggression in the user & given the manner of the attack it would leave us to believe that this cocktail of drugs was taken by all of the beastmen that took part in the attack.

I'm going to leave it at that for today my fellow Senators, you shall all receive a copy of the report & I ask that we meet again in three days time to debate these findings & what they might mean, as you are all aware nothing  like this has ever happened before in the Tricol system & I would ask you all to spend the next couple of days giving this terrible event as much consideration as you can, thank you.

Meanwhile at the same time as the Governor addressing the house far away on the moon of Abydos Panama Jack & crew where making for the Perilous island. 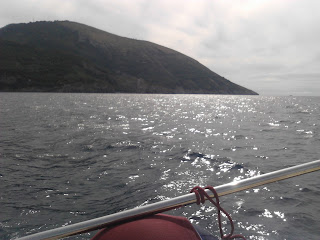 As always my thanks for dropping in.