Darra was over the other week & is the norm we got a game in, with it been a game called chain of command a WWII skirmish game. 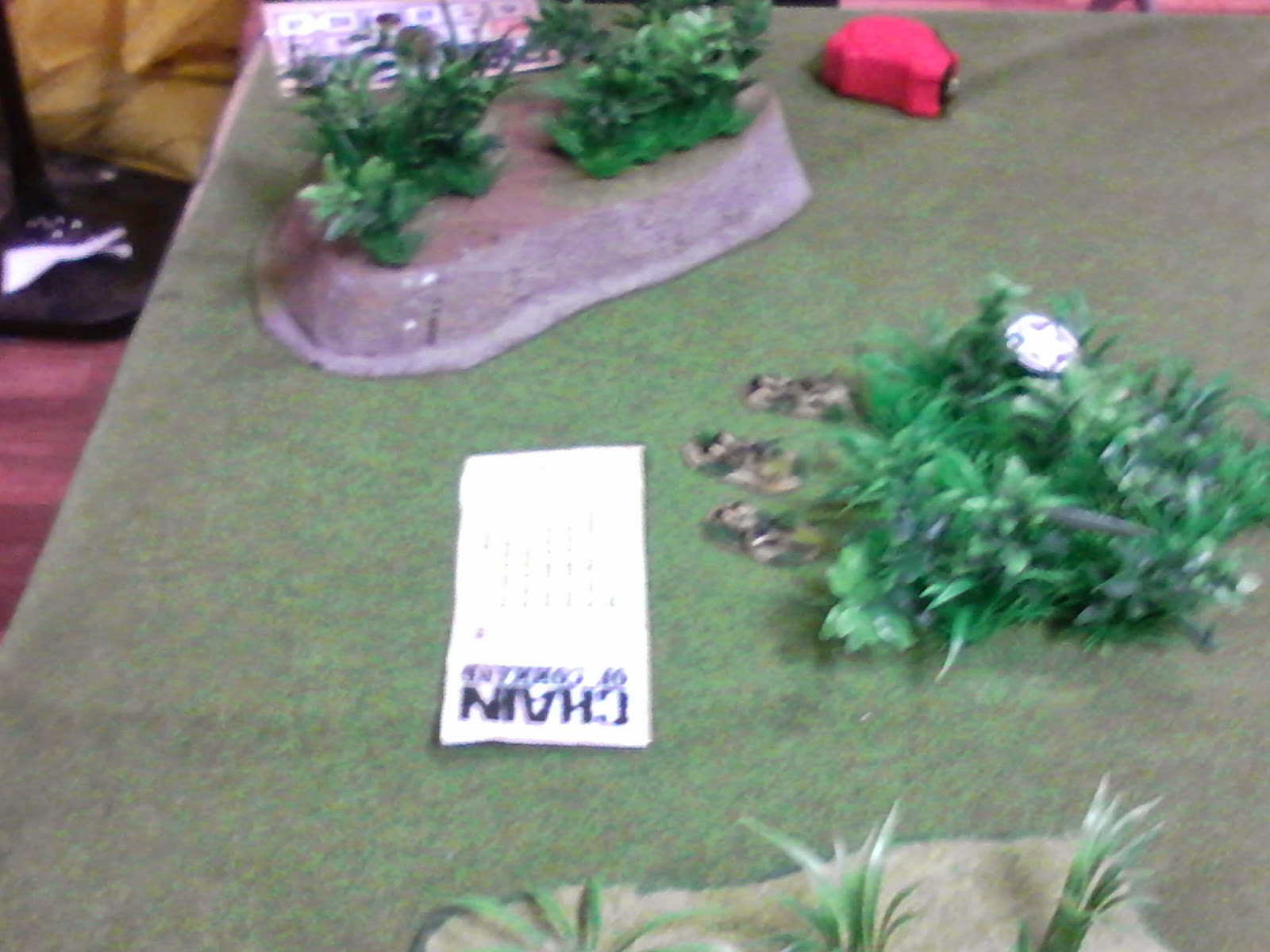 WWII seems to have any amount of games & if you want to play in that setting your sure find one that you really like, also a big plus for WWII games is that model wise things are the same a cross the board a spitfire is a spitfire kind of thing, so its very easy to try out lots of different games with the same models in that scale. 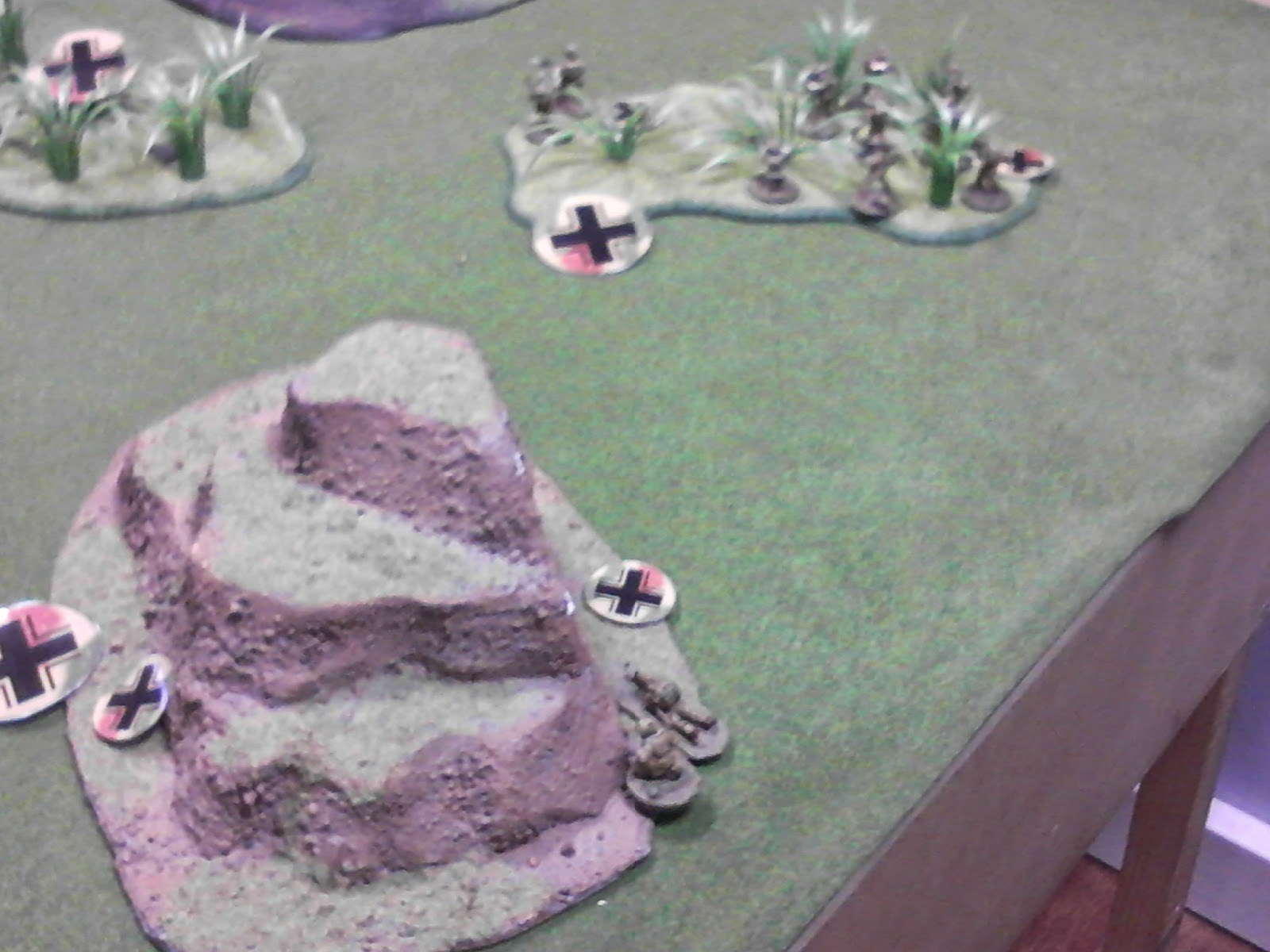 Anyway back to chain of command the thing about this game is really how you activate your units, at the start of your turn you roll a certain number of dice & then compair the results you got to a table eg a 2 might let you activate a squad will a 3 might be a for a corporal who can give I think 2 orders eg activate 2 units with in i think 12" of him. 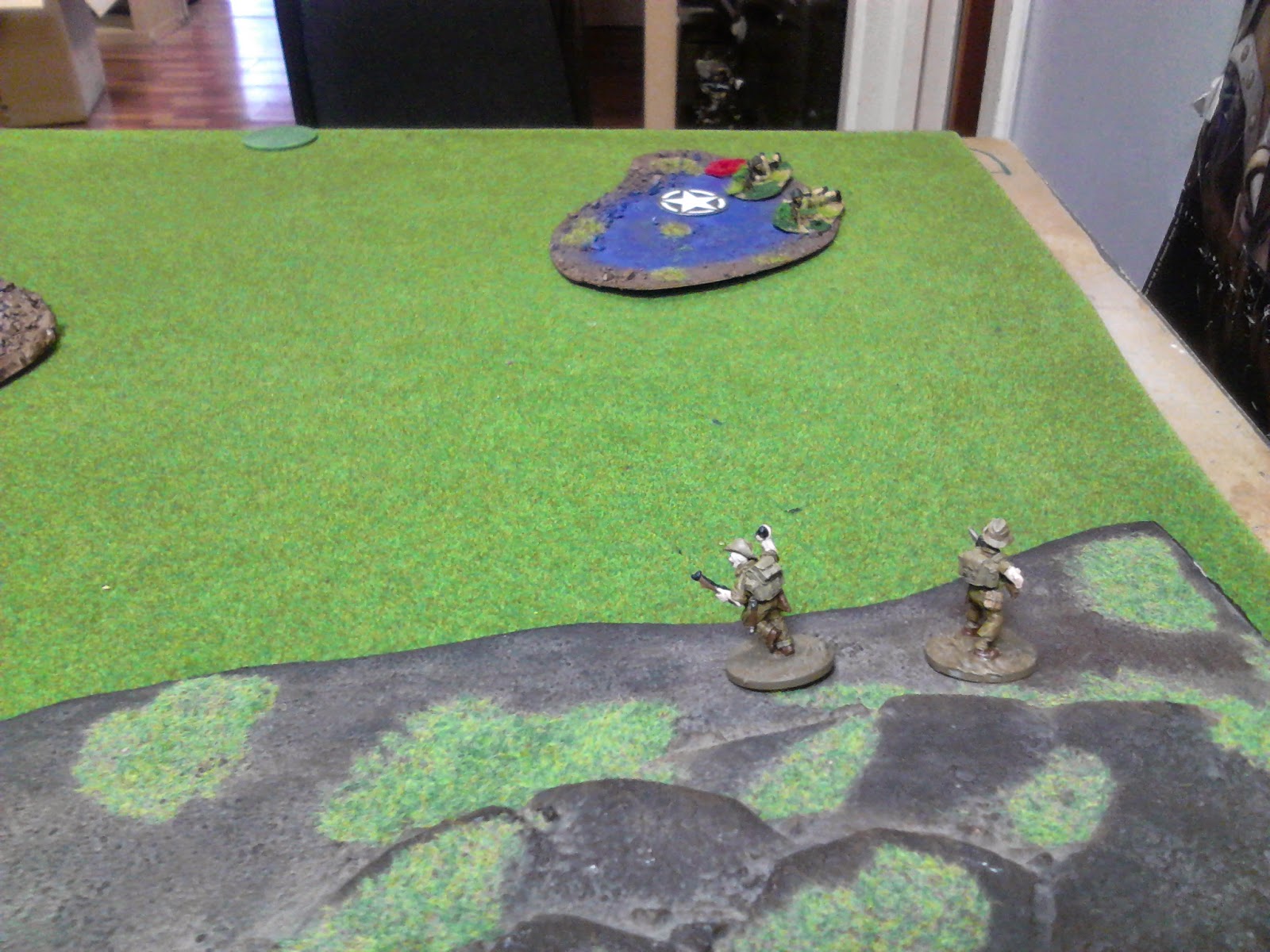 Now as with the picking of the dice out of a bag in boltaction I like this Idea as it adds an air of uncertainty to the game as you can never be sure what your going to be able to do in advance of rolling the dice, not everyone's cup of tea I know because of the randomness but a game like boltaction that you really need to think about to master & a game that depends a lot more on player skill then you might think despite the randomness. 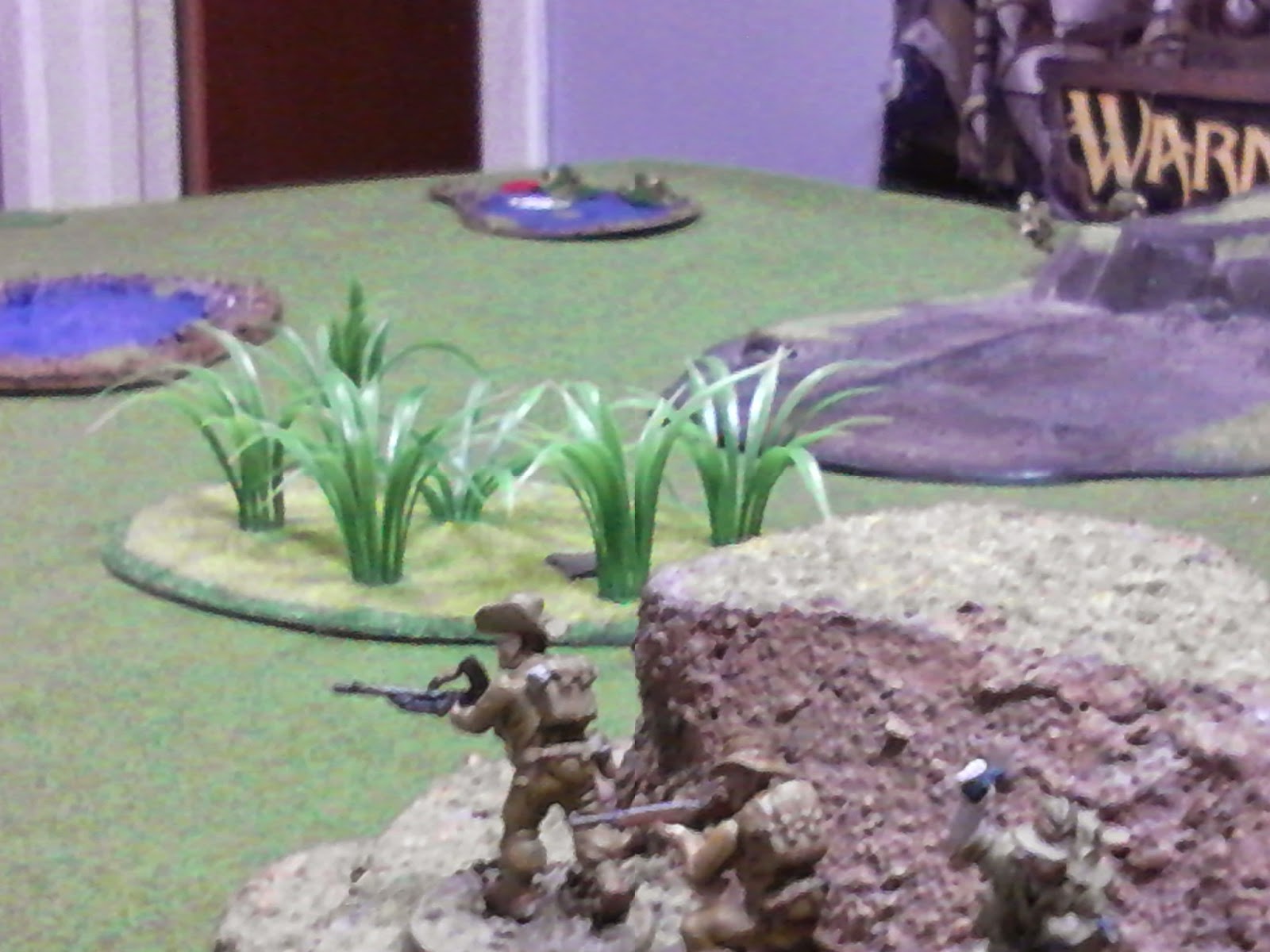 Another interesting thing about this game is how you deploy, you begin by each players taking turns to place markers these can not be with in i thing 12" of another one, so this part of the game is a bit of a bluff double bluff thing which is good fun, you then bring you model on within a certain of these markers but they have to be behind them or you can bring them on from your table edge. 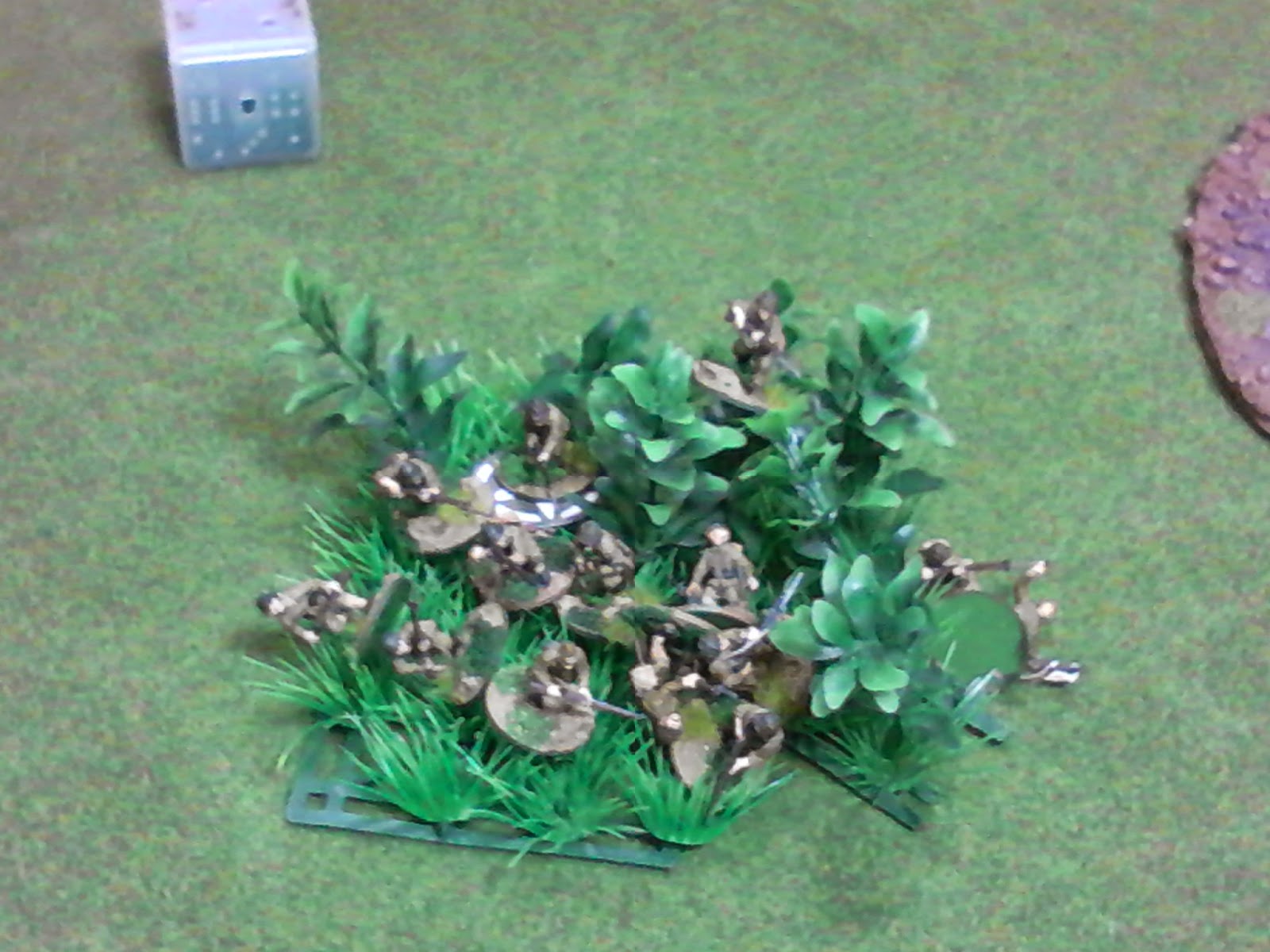 If you want a more detailed report on the game just hit the link over to Darra's blog http://dakeryus-blogofwar.blogspot.ie/2014/05/lets-play-chain-of-command.html#more 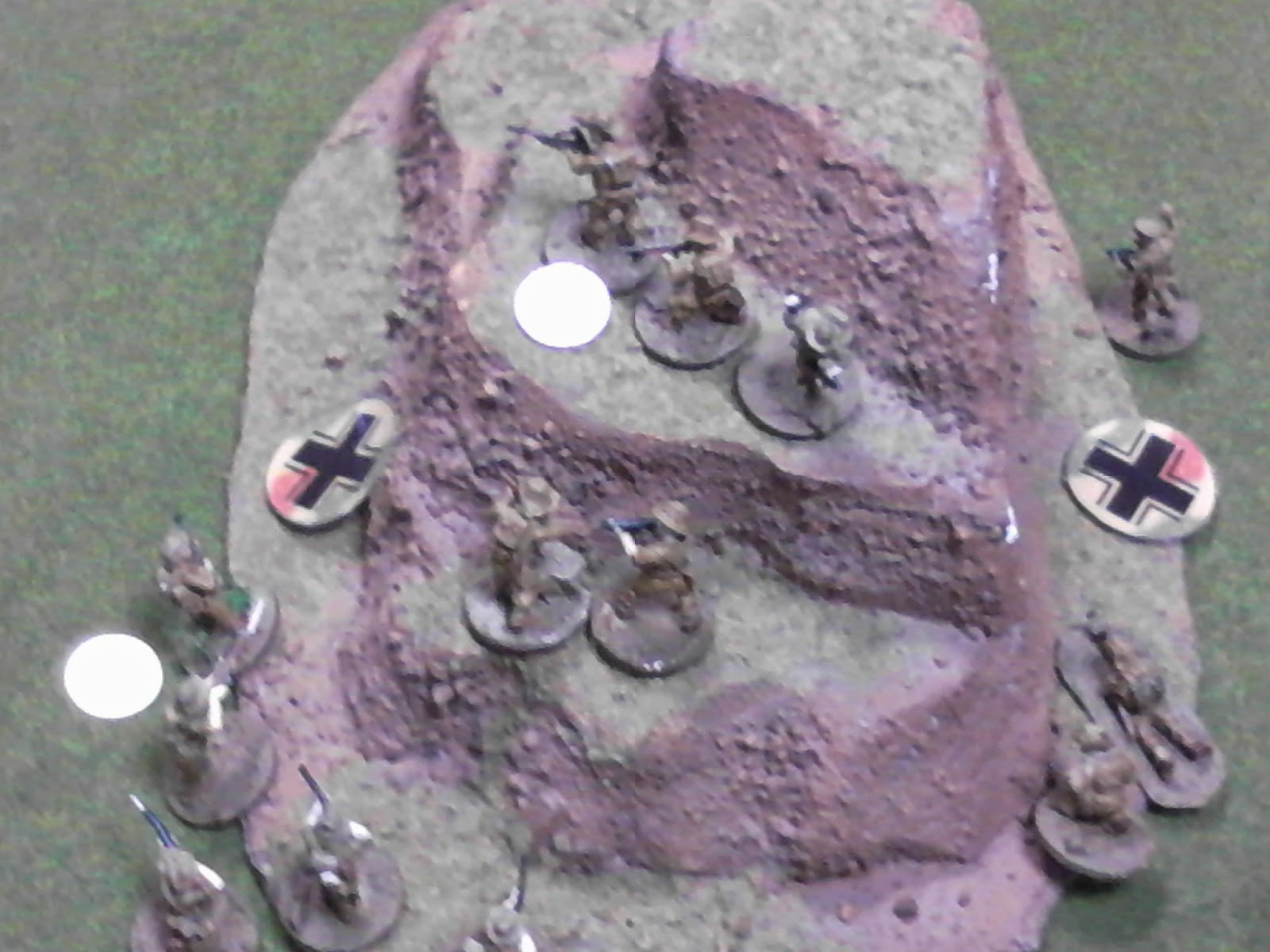 So what did I think of CoC ? I liked it to be honest the game mechanics are very different but very well thought out & make you have to make choices whit is always a good thing & while easy to pick up & start playing has enough of depth for to keep you playing it as each battle will always seem different, plus like I said above its a game that would not be to easy mastered. 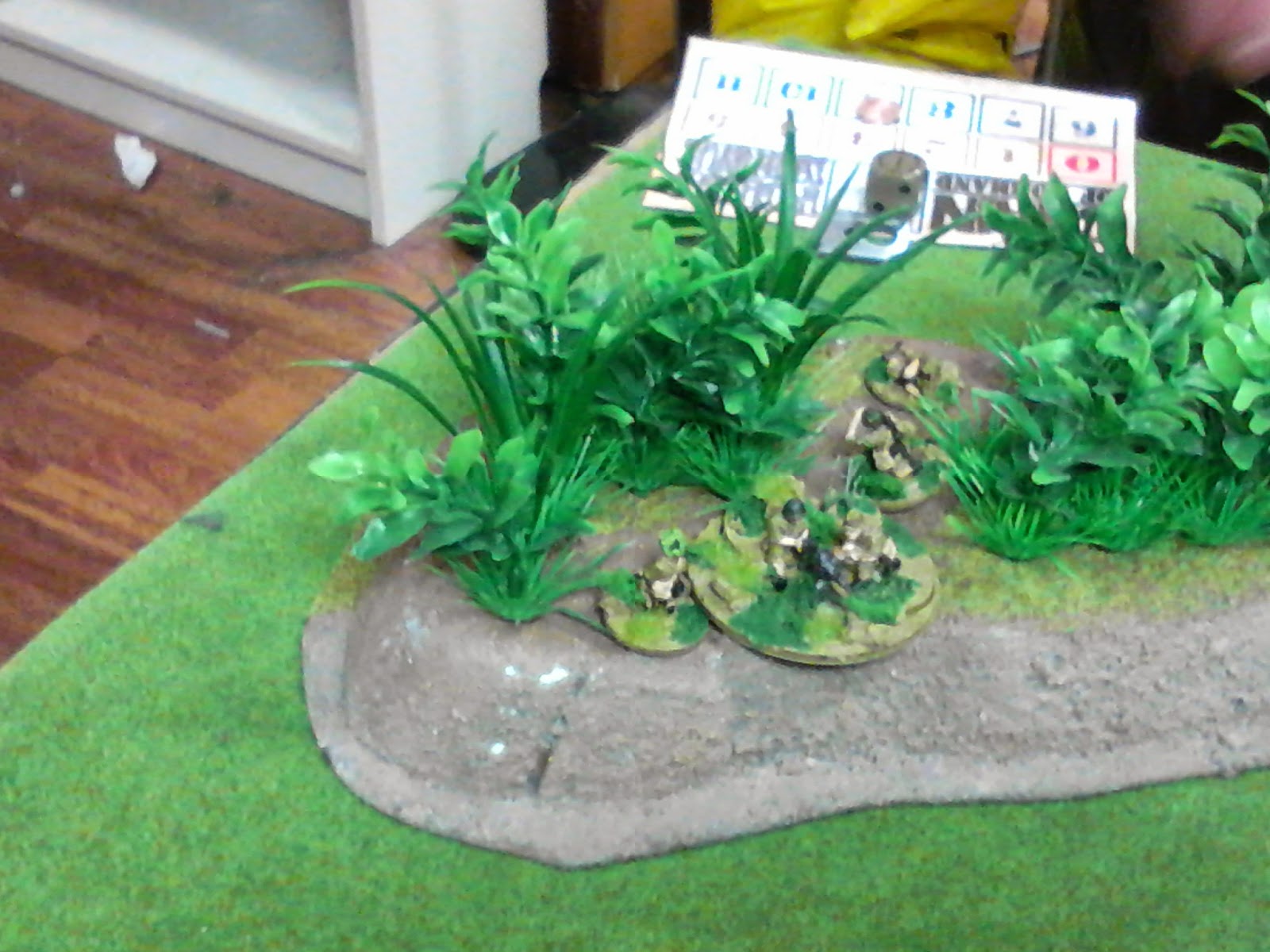 Well that raps it up my thanks to Darra for a very enjoyable game & to you for dropping in.