With last Wednesday night been the last gaming night in the club before Christmas it could mean only one thing & that was it was Christmas carnage. 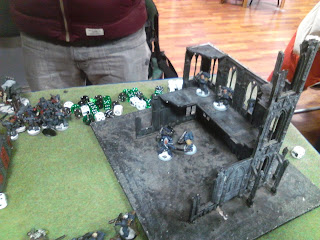 This was our 3rd year playing this & I'm proud to say that apart from Lenny who's brainchild it is I'm the only other player to play in them all, here's a link to Lenny's blog for the rules.
http://thehobbybutterflyeffect.blogspot.ie/2013/11/dgg-2013-christmas-carnage-scenario.html 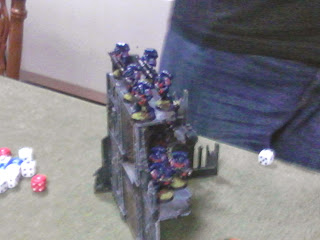 The first year I brought my nids but with the gants getting flatten by those fecking reindeer last year I gave the sob's a run out, but with Santa wanting the cannoness to sit on his lap all the time & talk until something came up I decided to bring the Red Scorpions this time round. 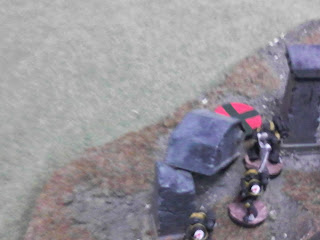 This is an event that is growing every year, & this year there was 8 players wanting to join in so we had 2 tables with 4 players on each one, as its only 1kpts per player 4 is a number that works very well for this game. 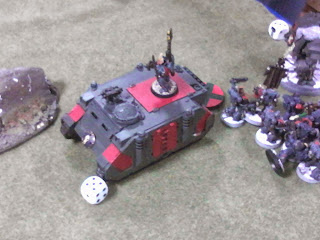 So my list was a captain, a tachmarine, 2 tactical squads in rhinos, a dread in a pod & a lascannon pred, a nice balanced list to have a bit of fun with. 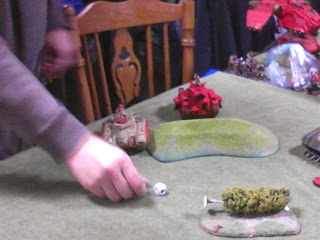 Also playing on my table was Lenny with his Crimson Fist, Stephen with Space Wolf lead by Ragnar Blackmane, (who happen to be a model  once owned & painted by your truly, it's amazing how much lighter the colour of space wolfs where 15+ years ago) & last but not least Colin with IG's. 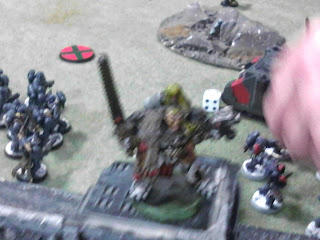 So after a couple of fun hours with snowman Brussels spouts Elven artillery & anything else you can thing of as Christmas's the game came to an end with Stephen the winner so well done to him, but that fact also means that I'm still without a carnage win ha well theres always next year. 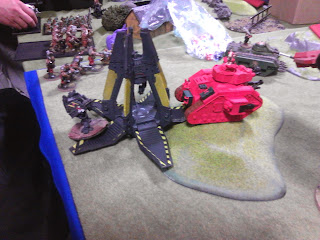 So my thanks to the other players, to Lenny for making this happen & to you for dropping in & I hope you & a few mates might try this out for yourselves 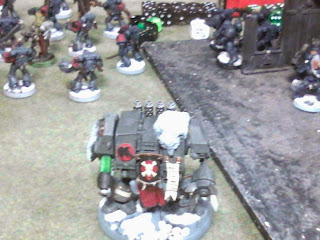 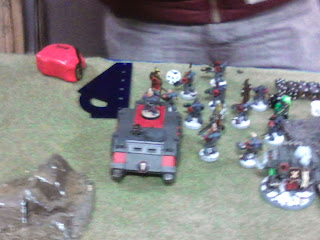 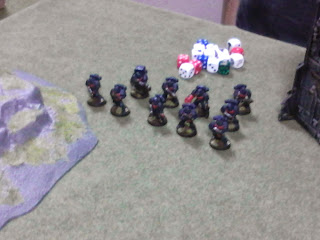 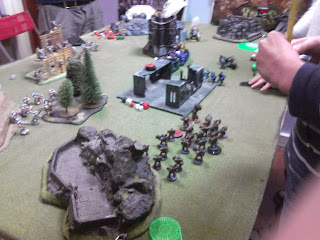