All good miniature model games needs hero's & all hero's need villains to fight with, a while back a few of us in the club started playing INQ28 with yours truly doing gm for the first little campaign we had.

That meant I had to come up with some npc's this I done in a couple of the games with one been a rouge Inquisitor V. Price but the other one is the one I found more interesting, he was a beastman who I called Ugo-cal.

So while I'd done up a character sheet for Price this had not been the case for Ugo as all I'd done was a stas line for beastmen & give Ugo 5 points up on it across the board, so that is something I want to put right, not only that but I've other models I see playing the roll of the villain in other game of INQ28.

So without further ado lets get down to it first up will be V. Price of the Ordo Hereticus.

The Inquisitor seems to have gone MIA, but there are phots of him here on the blog if you want to look for him. 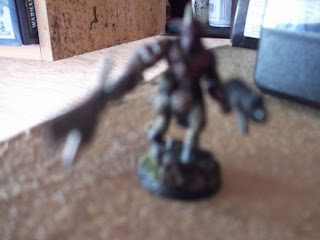 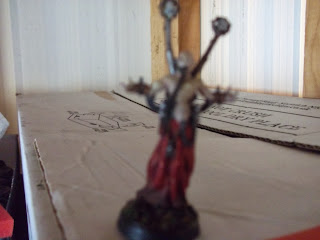 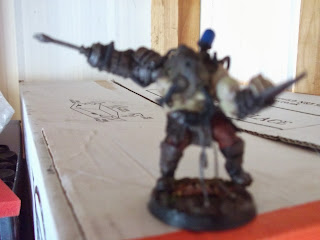 These are just basic profiles for these guys & I would to develop them a bit more going forward so keep an eye out for them & indeed my warband, with NWG next weekend I'll have more time after it to start doing some character development which is something that I really enjoy doing.