How to IG scale plasma guns

One of my pet hates is weapons on models that are just wrong as in they look to big or to small, so as I'm doing IG's at the moment one of the weapons I'm haven a problem with is the plasmagun. 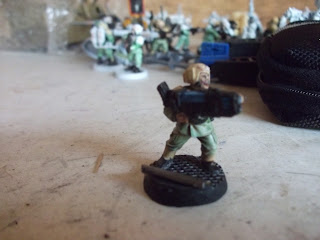 It just looks to big on the model, now I'm sure there are site's out there that do one's more to scale, I think GW might even sell some on the site but these won't be cheap & then there's the hassle of ordering them & waiting for them to come.

So I've come up with away of making one's that are more to scale & are free using the IG's lasgun & the marine very seldom if ever used plasma pistol.

So you will need these. 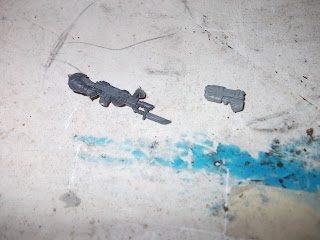 Start with cutting the barrel end off the lasgun at the hand leaving the hand on the gun, next cut down the gun to where the little barral at the top starts & cut down from the same point. 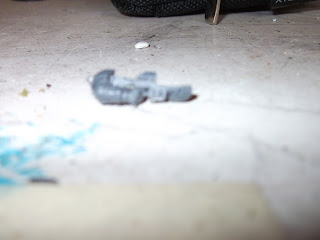 You can also cut off the power pack as well, then take the plasma pistol & cut it just under the the part that's  glows I think it's called the charge.& cut up from the bottem just pasted this part so you should end up with this. 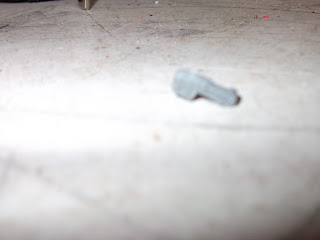 Now just do a bit of paring until the to part's fit together neatly & glue them together. 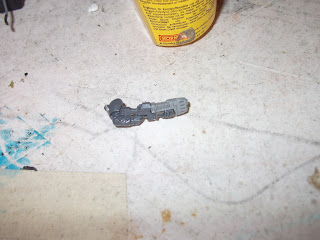 There should be a little piece like a cap that you cut off from the plasma pistol glue this on to where the the power pack was on the lasgun & your done. 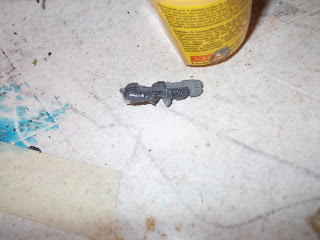 & there you are a plasma gun the looks more to scale. 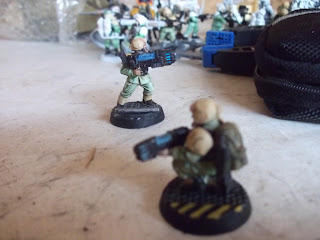 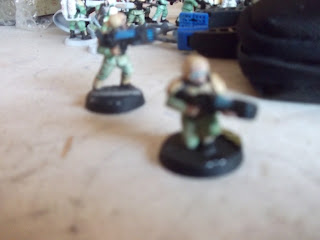