Still no sign of Jackson said Chief Olsan, well it's time replied Lucinda Green so we just have to manage without him, at the same moment inside the building Panama Jack was getting ready to do his bit. 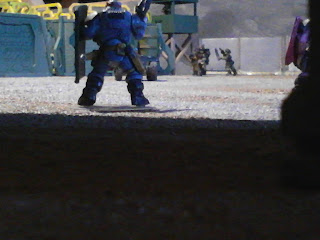 Hiss the guard turned around to see the cell door opening with Jack rushing out & smacking into him, as quick as lightning Jack grabbed the pistol for the guard's holster before he fell to the floor & started shooting at the other guard in the corridor. 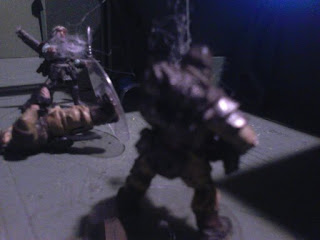 Outside things where kicking off as well with the sound of gunfire ringing out all over the compound. 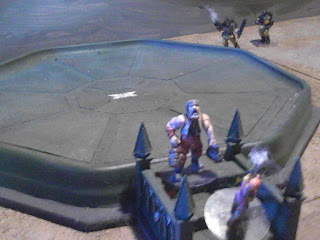 Oilskin who climb up on a platform was unlucky enough to be hit in the leg, leaving him to come crashing down on the guardrail. 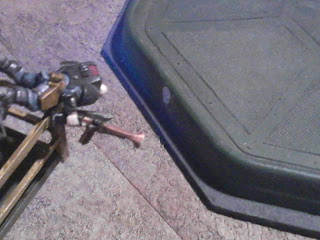 We'll have to get one of those doors open to try to get in to help Jack as it was only the cell door Jackson could rig to open, someone called out. 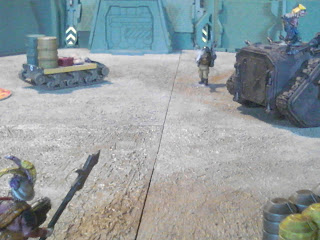 We might need help from one of the civilians Doc Neddle  answered as there most likely codded. 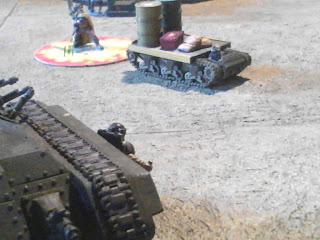 Just then the ground around Felix exploded 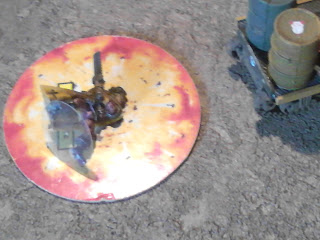 knocking him from his feet. 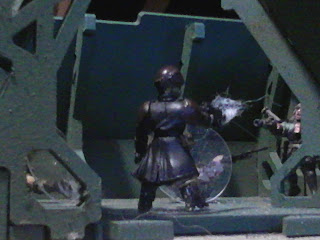 Back inside the building the Captain came running from his office opening fire on Jack. 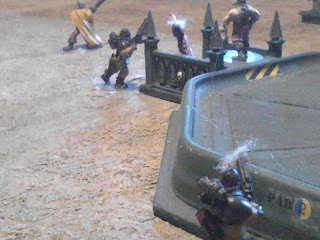 Lucinda engaged in a gun battle with one of the guards doesn't seem to notice the Sergeant closing in on her as Father Felix regains his feet. 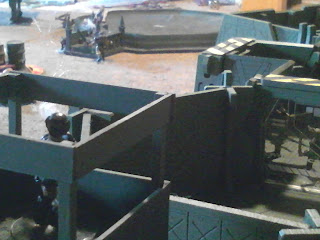 A guard in one of the watchtowers also shoots at Lucinda despite the fact that his Sergeant is so close to her, as Mr Smith at the edge of the steps gets ready to pounce. 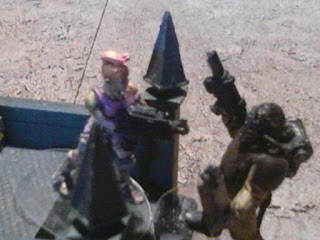 Lucinda backs away from the on rushing Sergeant 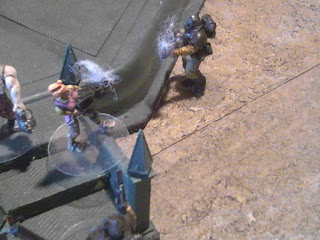 Before turning to blast another guard. 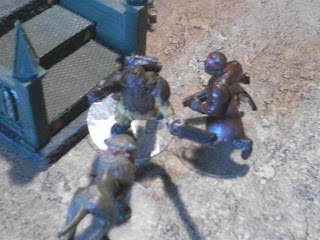 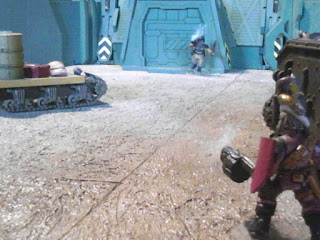 Doc Neddle is also in the tick of things, 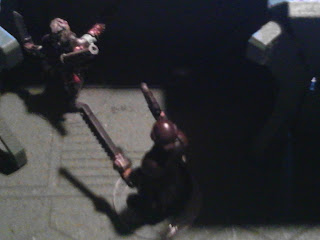 as Jack & the Captain start to brawl. 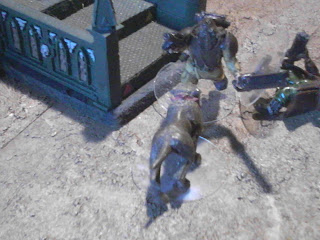 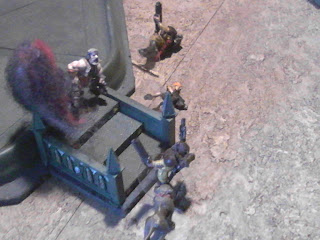 Lucinda who was trying to get the code to the doors from the workman is sent flying as one of the canisters he's carrying blows up. 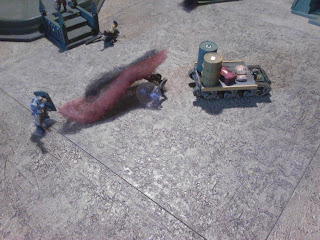 Olsan cover's a guard in a fiery blanket 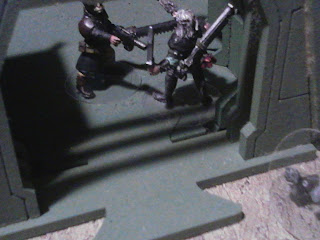 Just as the outer door opens, Jack who's still brawling with the Captain must have somehow managed to get it open, what a hero. 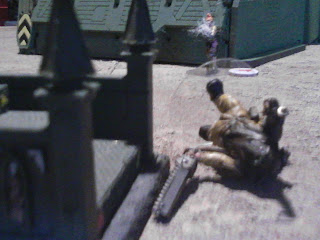 Lucinda now over at the side of the building on her way to Jack's aid drop's the Sergeant who had got free of Mr Smith. 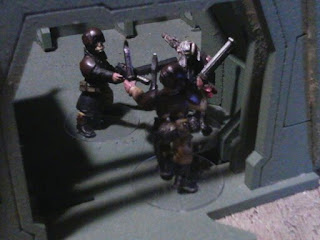 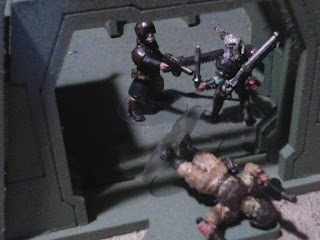 but a backhander from Jack put paid to his help. 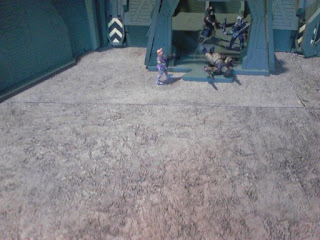 Lucinda now makes it to the doorway & calls out make a run of it Jack I've got you covered. 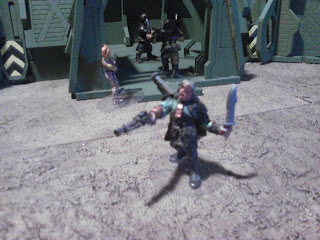 Not needing to be asked a second time Jack dodges out of the brawl & take's to his heels. 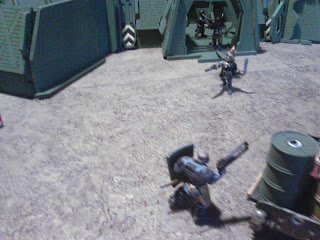 Olsan adds his fire power as Jack & Lucinda run back across the compound. 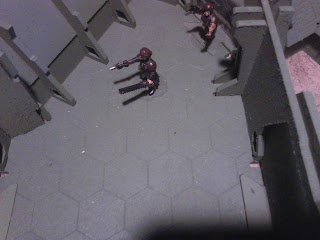 Known that the bird has flown the nest the Captain heto ads back inside, I better inform the Governor as to what's happened get him on the videopict at once he calls to one of the guards, by is he not going to be pleased he thinks to himself.

Designers note, The game was Death Trap from the main rulebook, with the major PP been Panama Jack, the minor PP where the two doors into the building & the two civilians, the game end 4pts to Hermes Crew & 1pt  Von Bittner's militia.

I tried out using little bits of smoke on the weapon's for the first time & am happy enough with how it worked, also after using a blast maker when Felix was hit ( which don't look great) I used cotton-wool which I think worked a lot better.


Well that's it for this post, as ways my thanks for dropping in & if you'd care to leave a comment it would be welcomed.