Roads: we don't needs roads where were going, well actually we do as they add a lot to the setting which is for me very important, this is going to be a strange post  so bear with me & feel free to laugh at some typical Frank moments. 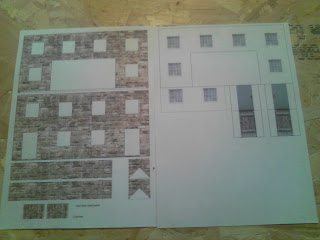 This story starts a long way back as I started to take note of printable terrain & even more so when I came across Mean Streets  http://www.thevirtualarmchairgeneral.com/610-Mean-Streets-Main-Page.html over on The Virtual Armchair General run by Patrick R Wilson. The printout above is part of a little house that was a freebie on some site I'd come across at one time, first cock up I should have printed out two copies of the door's & windows, lesson number one learned.

Anyway not to be deterred I decided I push on with it as I'd never done anything like this before ( what could possible go wrong ?) so it would be good experience  for things to come, assumption the mother of all cork ups as I'm so fond of telling people, well no one is fool prove certainly not this old fool. 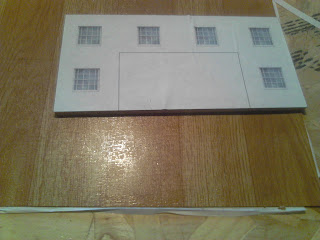 So I cut out this part of the page with some of the windows on it & pasted it to a piece of cork assuming that the windows would be placed in the same places as the ope's on the other page, cork up number two. 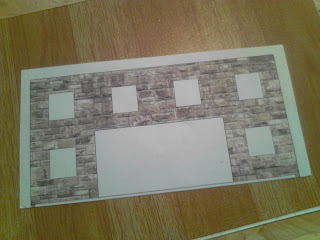 Of coarse they weren't stupid Frank, lesson number two learned, this really is an excise in how not to do things. 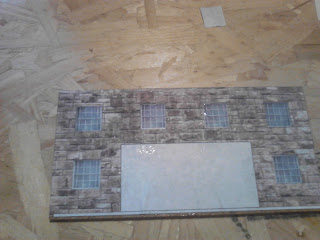 A little disheartened & with one of the window ruined which left me with just one window left I decided I wasn't going to build this house, but what about the roads Frank you ask ? yes I know & we'll get to them. 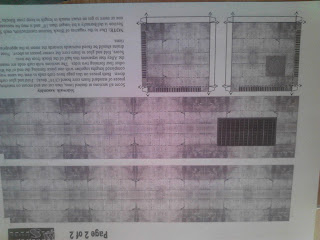 Until then how about some sidewalks ? have I ever told you dear reader that my computer hates me ? well it does & does all kind of nasty shit to me, if Doctor Grant in JP though he had it bad with them compered to me he's a techno Greek, the sidewalk above is of course meant to be in colour, but anyway I'm going to push on using some of it as this is all just a learning process. 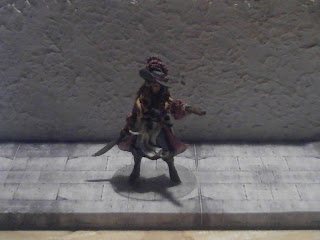 Up against one of  my buildings with Lady D on it, it certainly adds detail to things even if it is in black & white, now if you don't mind I'm going to go back a bit as their are a couple of things I learned from my mistakes & I'd like to share with you. 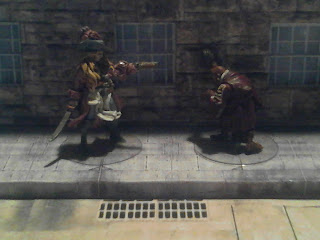 In the picture above (yes there's a road) Lady D is coming under attack from some foul thing & in fairness nothing looks out of place with the picture, apart from the B&W sidewalk, but look below when I changed the lighting. 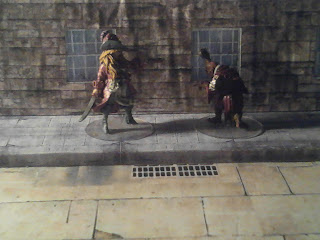 There's air bubbles like you can get in wallpaper, now tbh most of these dried out notice I said most but not all, another thing learned,& the fix is simple 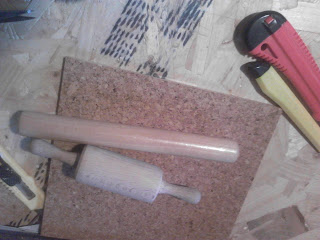 I used a little kids rolling pin to do the next bit of wall, but you could use a piece of a bush handle pipe or even a wallpaper roller that's for taking out bubbles if you have one. 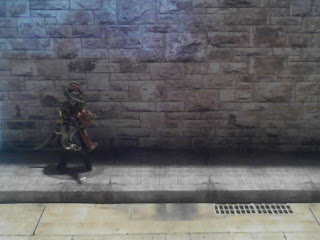 Much better not one bubble but still I learned something else, I would suggest that where possible to leave a bit extra on the paper so that you can fold it around the edges of what ever your mounting it on to, another lesson learned. 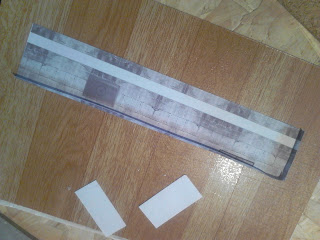 As you can see with this section of sidewalk which is upside down btw you need to fold over the front part & one end to get the 3D effect. 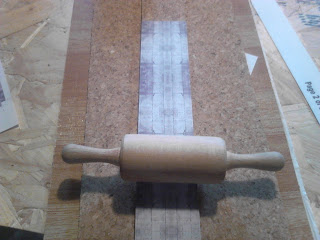 I used the roller to make sure there be no air bubbles, but to my shame when letting it dry I forgot all about shrinkage & me a carpenter, another lesson dear reader if doing this kind of thing put a heavy book or something on top of the things until the glue dry's or it will wrap. 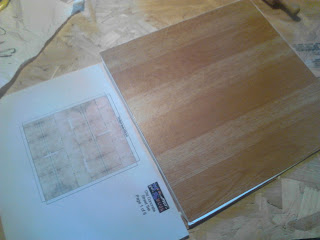 I'd made up all the road sections & was on the intersection's before I remembered to take pictures, but as you do them the same way it's fine, I'm sticking them to the tile you see beside it, 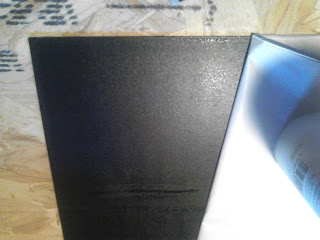 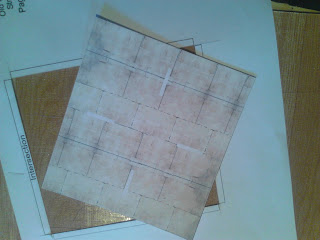 just cut out your road sections 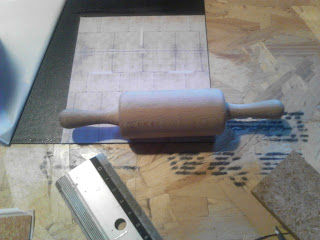 stick them to the tile & then cut around them, the great think about these tiles is that they are very tin & don't tend to warp so you just lay them down on your table. 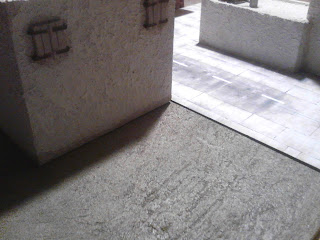 As you can see there's very little of a lip. 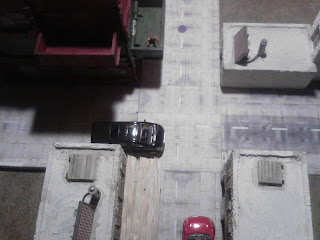 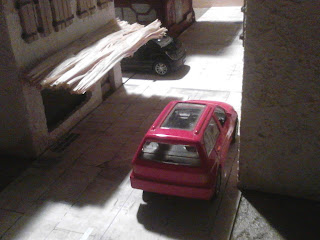 I think we can agree the roads add a nice bit of detail for very little effort & once you have bought the PDF you've free to print out as much as you need & with there been a couple of different styles of roads to choose from  & only 10 USD's a pop, sidewalk's 2 USD's & the tiles at 2euro's for 4, I think it's safe to say there will indeed be roads where were going, on the print out buildings I'm not sure yet.

Well that's it for this post I hope you found it useful, my thanks to Lady D for the help & as always my thanks to you for dropping in & if you'd care to leave a comment it would be welcomed.