Something I've been wanting to do for a long time is to improve my gaming table, the cork tile one was fine but it's only 2D & what I want is a 3d one, but not one that's cast in stone so to speak.
In the picture below you'll see a river but on a flat table the river is always at the same level as the land, by adding little built up banks a long the river we hide this a bit but it never look's just right imo, this also stands for anything we want to do that is below the board level. 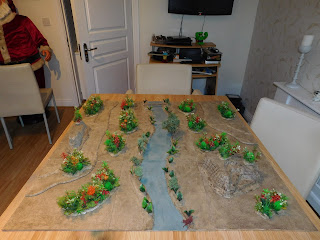 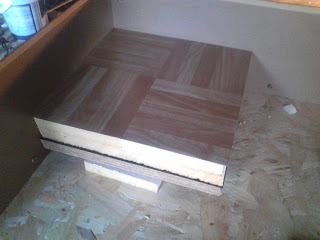 As I said above I don't want the table set in stone, so using 12"x12" tiles I decided to make some 2" thick tiles & some 1" thick tiles & will just use terrain to do the rest, meaning that my table can just be changed at will. 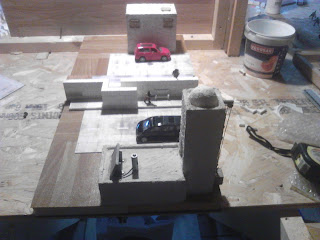 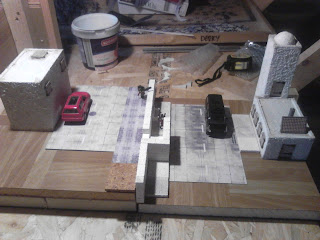 The two pictures above show the different height tiles working very well, with a wall & some steps down all adding detail to the scene, but I can do even more as long as I keep the blank canvass. 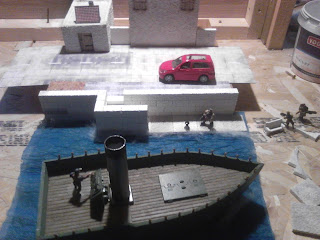 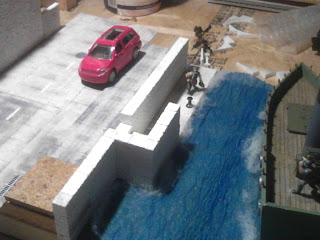 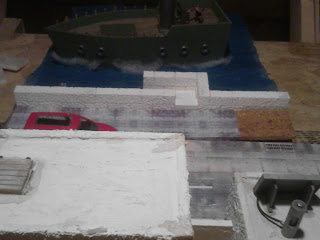 Now as you can see from the pictures above the scene has change to a waterfront setting & all I did was change the terrain on the lower tile. 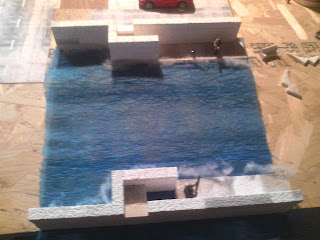 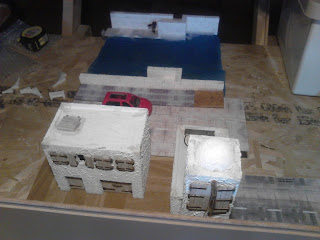 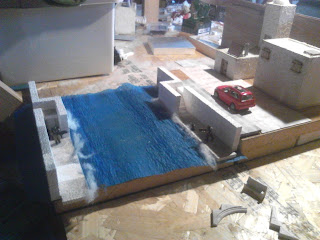 By adding a wall I've now created a river that unlike the one in the first picture is at a lower level, would this look the same as a river running through any city around the world ? I know Dublin's river Liffey  is like this as are many others that I've seen.

This is only the start of what will be a long term project, & I'll use similar tricks when setting the scene up to be outside a city, but I'm sure you will agree with me that even from these simple mock ups that it does take things to a different level.

Well that's all for this post, as always my thanks for dropping in & if you'd care to comment it would be welcomed.