Water is one of those funny things it always adds a lot but is very hard to get right & besides as funny as this might sound there are all kinds of it & different colours as well. 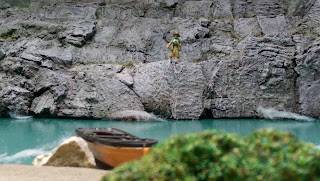 Looks ok from here let take a closer look shall we ? 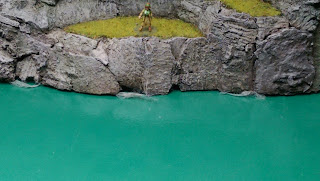 Perhaps a bit to green though I have seen water similar in colour i also like the reflection of the rock-face  adds more realism to things. 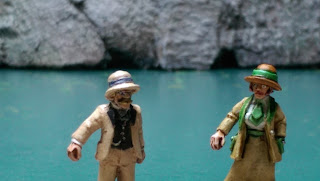 I think this colour maybe works better from a lower angle where it looks less green, who said the camera never lies ? 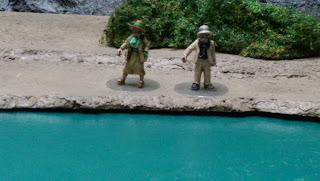 Without a doth it works much better at a lower angle, how about blue ? 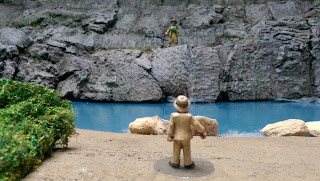 A good start, lets rise up a bit. 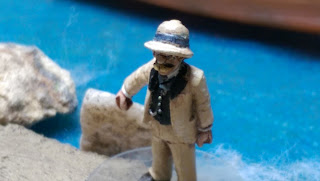 Not bad but the problem I'm having is the consistences of the colour, lets try it a bit higher. 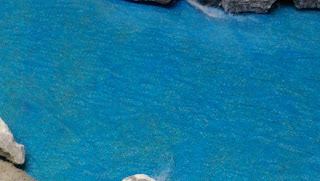 Holds up well I guess, I don't know about you guys but I think the blue is working out better over all, but either is exceptionable & it might be a case of what I'm looking for though I will be trying some other things so stay tuned.

Now part two, every-bodies favourite  bad guys Nazis, just after Christmas I picked  up some of these guys in a sale on warlord  games their from boltaction a good game btw but not one I'm looking at getting into, I just felt that at sometime I'd need  Nazis & at about 50p a model they weren't going to break the budget . 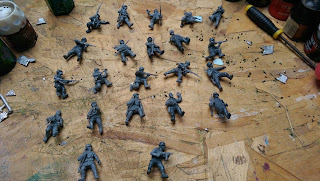 I've since made up the rest of them I think there's about 28 in total, there was a few lying down but I didn't bother with them tbh. 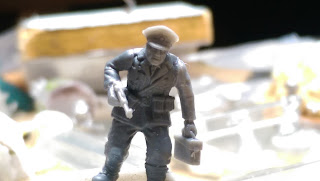 Anyway with the makeup & wardrobe  department's been  so busy these day's I've decided to outsource them, you see Alan in the clue who unlike me loves painting is also a big WWII nut, so I asked him if he'd like to paint them up & he said he would, it'll make a nice change from 40K stuff I guess. 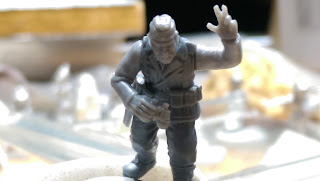 I've got to say I'm impressed  with these models as there's a lot of detail on them & lots of stuff to add on if you want.

That's a rap, as always my thanks for dropping in & if you'd care to leave a comment it would be welcomed.
Posted by Frank O Donnell at 3/14/2017