If you came here lately you know I've gone back playing 40K using  a Vrak's list that allow for Renegade Infantry Squad's to come back on a 2+, with me more than likely settling on 6 squad's for 16 that's' a lot of guardsmen to try to keep track off without slowing the game down to much, more so when you take it to a tournament. 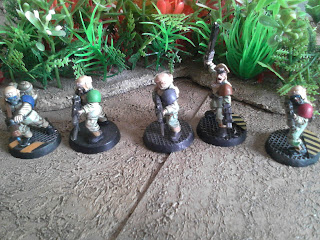 My answer to the problem was to use a colour code system for each squad by painting the left shoulder pad a different colour, so what I have now is squads blue, brown, grey, green and red, yes I know that's' only 5 I'm working on the last one which I think will be squad purple. 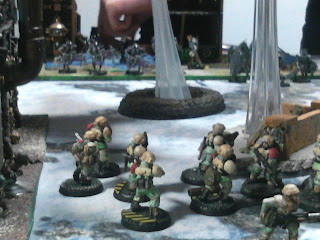 I used this system in a game against Cathal & found it worked very well much to my delight & doesn't' seem to take anything away from the armies appearance which would be important to me. 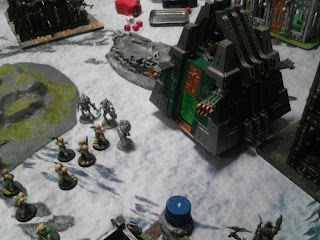 No do not adjust your screen or wipe your glasses that is a monolith & if you look at the picture below you'll see another of  the mostly forgotten crown units. 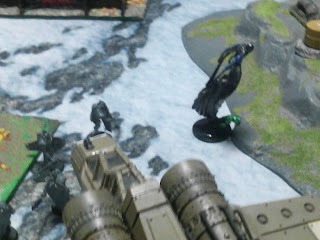 Yes that is the nightbringer, Cathal been the cleaver lad that he is decided that instead of bringing the usual default go to Crom army that a lot of people are using & that won't die but doesn't' do much else brought an all round list & we where both rewarded with a very enjoyable game, which just goes to show that just because you can take something doesn't' mean you have to :-) 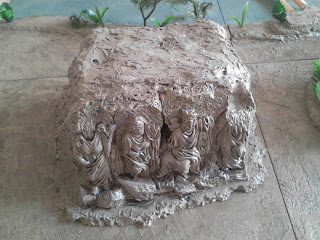 Another thing I'm happy about is the piece of terrain above which while been a good line of sight blocker is also interesting looking on the table. 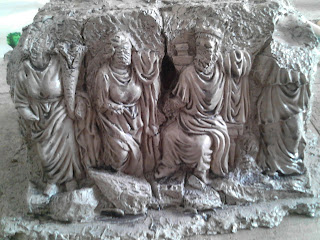 And what about that hole in the centre is it large enough that someone like Panama Jack might crawl into ? I'll finish up with you thinking about that, my thanks Cathal for a good fun game & as always my thanks to you for dropping in & if you'd care to leave a comment it would be welcomed :-)
Posted by Frank O Donnell at 5/28/2016